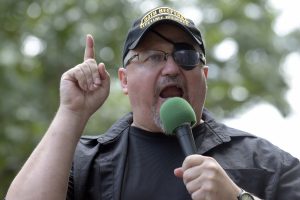 The seditious-conspiracy charges filed against Stewart Rhodes, founder of the Oath Keepers militia, along with 10 other defendants, opens a new and significant chapter in the events of Jan. 6, 2021. Can the U.S. Department of Justice clear the First Amendment hurdle. If any case fits the seditious-conspiracy crime, perhaps this is it, law professor Timothy Wicks writes.