Tara García Mathewson is a reporter covering inequality and innovation in K-12 education, nationally, and she oversees coverage for Hechinger en Español as the languages editor. She has been writing about education since 2012, first for the Daily Herald in Chicago’s northwest suburbs and then as a freelancer until she joined The Hechinger Report in 2017, where she has focused on the “Future of Learning” and educational inequalities. García Mathewson has won awards for beat reporting and her investigations into the educational technology industry, among other topics. Her work has appeared in a variety of regional and national news outlets, including The New York Times, the Washington Post, The Boston Globe Magazine and The Atlanta Journal-Constitution. She earned a Bachelor of Science in Journalism from the Medill School of Journalism at Northwestern University. 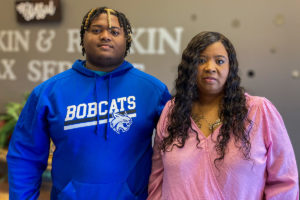 Even with the 2019 ban against implementing corporal punishment on students with disabilities, school districts in Mississippi have admitted to paddling children in these demographics with little consequence.