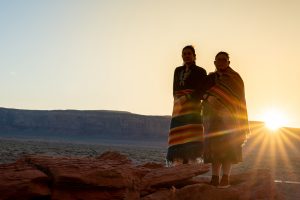 Lawmakers in the nation’s capital have an opportunity to fix a longstanding problem with the landmark legislation to prevent domestic violence: its failure to protect Indigenous women.

The 1994 Violence Against Women Act was the first federal law criminalizing domestic violence. VAWA aimed to protect women by making battering a federal crime, allocating federal funding for both sexual assault and domestic violence prevention and services, and requiring states to enforce all legal orders of protection. But VAWA’s provisions have not adequately shielded Indigenous women, who experience higher rates of sexual assault, domestic violence, intimate partner violence and stalking compared to women of other racial and ethnic identities. They also suffer injuries at the hands of their rapists that require medical caremore than non-Indigenous women.