In 2011, Scott Colom was appointed the youngest and first African American justice-court judge in Lowndes County history. In 2012, he was appointed municipal court judge in Aberdeen, Miss., and in 2013 was appointed the first African American prosecutor for the city of Columbus. In 2015, he was elected District Attorney for Circuit Court District Sixteen, which includes Lowndes, Oktibbeha, Clay and Noxubee counties. He is the first African American District Attorney to represent a majority-white district in Mississippi history. Scott is a native of Columbus, Miss., and a graduate of Columbus High School. He received a Bachelor of Arts in English and History from Millsaps College and the University of Wisconsin Law School. He is married to Nadia Dale Colom of West Point, Miss., the executive director of the Golden Triangle Boys and Girls Club. Colom, along with his father Wilbur, was an early donor to the Mississippi Free Press. 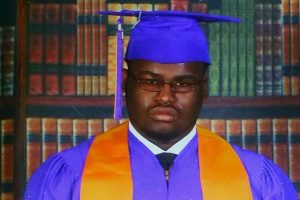 On Friday, Sept. 5, 2014, Lillie Richardson waited all night for Josh to come home. Her son had gone to a party at the Columbus,