Robby Luckett received his BA in political science from Yale University and his PhD in history from the University of Georgia. A native Mississippian, he returned home, where he is a tenured Associate Professor of History and Director of the Margaret Walker Center at Jackson State University. Robby serves as Vice President of the Board of Directors of Common Cause Mississippi and as Secretary of the Board for the Association of African American Museums. In 2017, Mayor Chokwe Antar Lumumba appointed him to the Board of Trustees of Jackson Public Schools, and, in 2018, he received a W.K. Kellogg Foundation Community Leadership Network Fellowship for his work in racial equity. He is on the advisory board of the Mississippi Free Press. 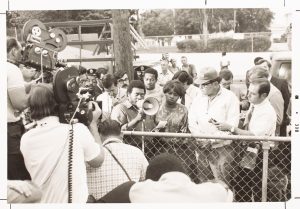 When people are locked in the grips of poverty and racism, when their voices are drowned out and ignored, and when their hopes are dashed, they turn to the only forms of protest they have at their disposal. As we have seen in the past weeks, Black communities have predictably, virulently and understandably exploded.