Lilly Ledbetter was born in a house with no running water or electricity in the small town of Possum Trot, Ala. In 1979, with two young children at home and over the initial objections of her husband, Charles, Ledbetter applied for her dream job at the Goodyear tire factory. Even though the only women she’d seen there were secretaries in the front offices where she’d submitted her application, she got the job—one of the first women hired at the management level. Nineteen years after her first day at Goodyear, she received an anonymous note revealing that she was making thousands less per year than the men in her position. Justice Ruth Bader Ginsburg read her dissent from the bench, urging Lilly to fight back. And Lilly did fight, becoming the namesake of Barack Obama's first official piece of legislation as president. Today, she is a tireless advocate for change, traveling the country to urge women and minorities to claim their civil rights. 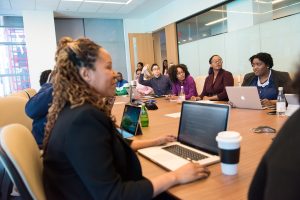 Lilly Ledbetter was the catalyst in creation of The Lilly Ledbetter Fair Pay Act to make clear that workers can challenge every discriminatory paycheck. Ledbetter along with Mississippi Black Women’s Roundtable strongly encourages Mississippi lawmakers to not blindly pass equal-pay bills HB 770 and SB 2451 without amendments specifically catering to working women.