In 2020, an incarcerated man who uses a wheelchair was transferred to the Mississippi Penitentiary at Parchman. There, he wasn’t provided a shower chair, and he was unable to get into the shower due to architectural barriers. As a result, he wasn’t able to take a proper shower for six months.

In a Feb. 1 interview, Disability Rights Mississippi Communication Director Jane Walton called the man’s months-long inability to take a shower “perhaps the most egregious and heartbreaking example to come out of Parchman” of what incarcerated people with disabilities face there. But it is not the only one.

The organization, which is a private, nonprofit, federally mandated protection and advocacy  organization, just released a report, “Cruel and Unusual Punishment in Mississippi Prisons: A Tale of Abuse, Discrimination and Undue Death Sentences,” to describe realities for people with disabilities on the inside.  “[G]uards at some facilities have even informed offenders in wheelchairs that they cannot be pushed by other prisoners … [this policy] excludes offenders who use wheelchairs from the most basic services of the prison system, including medical care, food, and even access to bathroom facilities,” the report states.

Disability Rights Mississippi is accusing the Mississippi Department of Corrections of “subjecting offenders to cruel and unusual punishments” such as the denial of medical care and the refusal to make required accommodations for inmates with disabilities. Under congressional authority, the group collected evidence for its report, investigating MDOC facilities in-person, interviewing offenders and taking photos, including the ones it provided to the Mississippi Free Press.

Walton described the current situation at MDOC facilities as “a failure of every system possible. Whether that is architecture, health care or staffing, at every level there is an entire systemic failure that is leading to these conditions.”

‘The New MDOC is Humane and Accessible for All’

In a statement to the Mississippi Free Press today about the report, MDOC Commissioner Burl Cain, who took over the job in June 2020, did not deny the contents of the disabilities report. “[W]e must improve these conditions to be accredited by ACA standards set by the American Correctional Association as well as by the U.S. Department of Justice,” he said.

“But more than all this, we do not want handicapped inmates to suffer or their families to worry about them.  The new MDOC is humane and accessible for all.”

Additionally, the report found that offenders with disabilities were segregated from other inmates, excluded from work-release programs and did not have access to sign-language interpreters. This led the disability-rights organization to conclude that the “MDOC is systematically violating federal law (Title II of the Americans with Disabilities Act and Section 504 of the Rehabilitation Act of 1973) … by illegally discriminating against offenders with disabilities.”

The report also detailed the experiences of an inmate who was placed on suicide watch—but not on 24-hour watch due to a lack of staffing at Parchman. In addition to understaffing there, the inmate told Disability Rights Mississippi that, at one point, a correctional officer allegedly told him “to go ahead and kill himself.”

The attitude that because people’s lives are worthless because they are behind bars needs to change, Rev. Dr. C.J. Rhodes of the Clergy for Prison Reform told the Mississippi Free Press today. “I think we have to appreciate that regardless of what people think about a person behind bars … they still, nevertheless, have constitutional rights, civil rights and human rights that have to be upheld.”

Parchman prison has notoriously faced a crisis of staffing shortages. As of 2019, its staffing vacancy rate was 42 percent. Low pay is one of the main factors driving these vacancies, as “Mississippi currently pays the lowest salaries for correctional staff of any state in the country,” U.S. Rep. Bennie Thompson and 11 individuals and organizations wrote to the U.S. Department of Justice in a Jan. 7, 2020, letter about conditions in Mississippi prisons.

‘Is It Enough and Soon Enough?’

This lack of staffing has had profound effects on the services provided at MDOC facilities. In early 2020, inmates stabbed or beat to death at least five Mississippi prisoners. The Marshall Project reported that the severe lack of staffing in Mississippi’s prisons is largely to blame for the violent outbreaks.

Staffing shortages have also had major consequences on the health care and mental-health services prisoners receive.  The Marshall Report wrote that “short staffing forced the cancellation of 70 percent of medical visits in 2018” at Mississippi’s privately run Wilkinson County Correctional Facility.

Rev. Rhodes noted how understaffing can directly affect the health and safety of inmates, saying that guards “can become so overwhelmed that they can’t respond to fights that break out, provide basic reporting, or (even) the timely distribution of inmates’ medicine.”

While Rhodes notes that some reports state that Parchman’s conditions are improving under new MDOC Commissioner Cain, the question remains, he said: “Is it enough and soon enough?”

Commissioner Cain says he is trying, though. He told the MFP today that “one of my top priorities as we upgrade all three of Mississippi’s prisons is to install all handicapped-accessible equipment where needed as soon as possible.”

Cain continued: “Mississippi has a prison population that is aging which means living conditions, latrine facilities and showers all need upgrades as soon as we can coordinate where the need is greatest with the funds on hand.  We do not want someone who’s suffering with a physical condition or is handicapped to suffer more pain because they can’t get to bathroom facilities or to showers when they need to.”

But that is what is happening inside clearly dilapidated buildings and facilities inside Parchman, Disabilities Rights Mississippi monitors found.

Even if medical personnel are present, Disability Rights Mississippi claims that inmates are regularly denied medication or are forced to wait “hours, days or even months for treatment.”

An inmate told DRMS that he suffers from a seizure disorder, in which he had “four seizures because he received his medication late” while under the care of MDOC. The inmate was by himself for hours because of understaffing that prevented a correctional officer from being in his zone. Once the inmate received medical attention, it was “delayed and nonchalant,” he said.  As a result, that inmate now requires assistance to walk.

“To not provide so many of these services is a violation of the Americans with Disabilities Act,” Walton told the Mississippi Free Press. “These facilities should be making accommodations to ensure that all offenders have access to services, but unfortunately it goes far beyond just offenders with disabilities, in that no one is getting the services that they need.”

Conditions Inside Affect Reentry, Problems on Outside

Walton was blunt about the conditions Disability Rights Mississippi found inside Mississippi’s prisons—and their long-term impact even on the outside. “This clearly presents problems for those who are ultimately reentering society,” she said in the interview. “You haven’t had access to your basic needs, much less services and education that are going to help you face what’s to come after getting out of a situation like this. It’s just frankly unacceptable.”

Rev. Rhodes, an advocate for humane prison conditions and evidence-based reentry programs, echoed and added to Walton’s concerns. “In addition to medical services, there are also psychological, drug and substance abuse concerns, as well as educational and spiritual services, so across the board we’ve seen throughout the years where any of those things are not tapped into as well as they should,” he said today.

In addition, Rhodes added, the lack of staffing and services provided to inmates had profound impacts on the recent outbursts of violence within MDOC’s facilities. “All of those things combined helped create some of the stuff we saw last year with the big fights,” he said. “It was not just ‘gang activity’; it was a petri dish for such behavior when people feel overwhelmed, undervalued, underserved—and a staff that is overwhelmed and unable to respond in proper ways.”

The conditions the monitors found on the inside of Parchman and other Mississippi prisons questions whether the State of Mississippi can even manage the basics, the Disability Rights Mississippi spokeswoman added. “What is MDOC doing if they’re not providing these things? Because all that we’re seeing, all the evidence points to, is they’re operating a facility that’s failing at everything. It’s deeply, deeply troubling to think about the ramifications of this on every level,” Walton said. 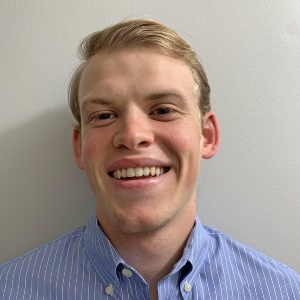