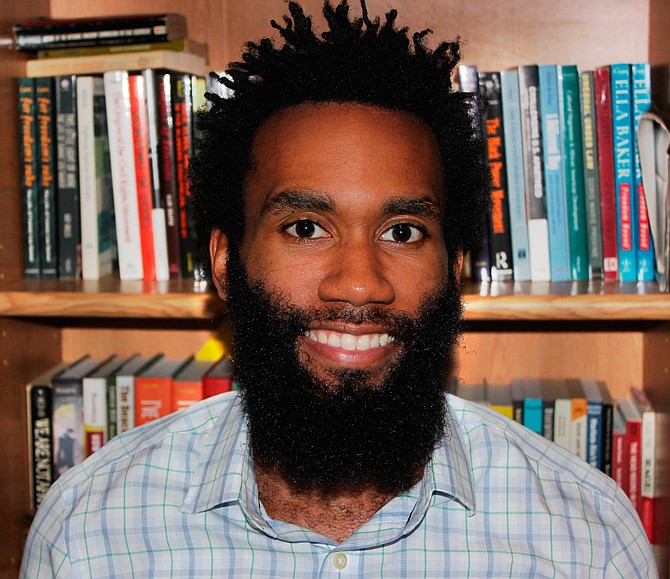 On Jan. 7, 2021, one day after right-wing militants stormed the U.S. Capitol in an attempt to disrupt the congressional vote to certify the Biden administration’s Electoral College victory, U.S. Attorney Mike Hurst submitted his resignation to the Trump administration. To that point, Donald Trump’s appointee for the Southern District of Mississippi had been the outgoing president’s law-and-order acolyte in the state for the past three years.

In the days leading up to Jan 19, Hurst’s final day in office, he gave interviews characterizing his time as U.S. attorney as a success that has helped to make the community safer. Hurst cited as his crowning achievement, Project Empowering Jackson Expel Crime Together, also known as Project EJECT. Hurst had repeatedly claimed that the tough-on-crime initiative would reduce violent crime and get guns off of the streets in the areas that the initiative targeted.

Although Hurst served as Project EJECT public’s face and voice from within Trump’s Department of Justice, the U.S. attorney would not have been able to advance EJECT without the complicity and collaboration of Black elected officials and other bourgeois professionals in cities where it was implemented that allowed for the lives of working-class Black people to be policed and controlled.

Ejecting Black People from the ‘Most Radical City’

In his announcement of the launch of Project EJECT on the steps of the Thad Cochran United States Courthouse in December 2017, so-called Black leaders of Jackson flanked Hurst: a who’s who of the Black political class and law enforcement. These individuals’ presence represented a rubber stamp on what clearly became an operation to criminalize, terrorize and ultimately remove working-class Black people from Jackson.

The capital city’s self-proclaimed “revolutionary mayor” Chokwe Antar Lumumba was not in Jackson when Hurst announced EJECT’s collaboration with local law enforcement, including JPD. Chief Lee Vance, the first of what would eventually be three police chiefs in Jackson during Lumumba’s tenure, was next to Hurst during the announcement and strongly confirmed JPD’s, and by extension, the City of Jackson’s participation in Project EJECT.

Lumumba, who has styled himself as a criminal justice reformer as he has presided over a police state that has killed eight Black people during his regime, initially decried the collaboration between the most radical city and Trump’s DOJ when his Twitter followers peppered him with questions about the perceived unholy alliance. Shortly after the mayor’s denial of the radical city’s secret relationship with Trump’s DOJ, Lee Vance abruptly retired, and Lumumba appointed Anthony Moore as interim police chief.

After less than six months as interim police chief, Moore, who also collaborated with EJECT as JPD interim chief, was replaced by James Davis whom the Jackson City Council confirmed unanimously in June 2018. After Davis’ appointment and confirmation as police chief, he and other JPD officers accompanied Hurst and other federal law enforcement officials to meetings co-hosted by Jackson City Council members at local churches to herald the “good news” of Project EJECT’s implementation in Jackson.

Davis confirmed JPD’s collaboration with the initiative, but when questions resumed about the mayor’s endorsement of Project EJECT, Davis and other JPD officers disappeared from the propaganda tour.

Despite Lumumba’s evasions and failures to admit his collaboration with the Trump administration, hindsight allows those paying attention to see that not only was EJECT a Lumumba-sanctioned initiative, but that the mayor himself served as a bridge and harbinger for EJECT to be implemented in other majority-Black cities in Mississippi.

Many, both locally and nationally, found Project EJECT to be objectionable because the feds framed it exclusively as a right-wing law-and-order initiative that emanated from the bowels of Trump’s Department of Justice. Although Project EJECT’s origins go all the way back to George W. Bush administration—libertarians found the approach unconstitutional back then—its origins within the Republican Party obscures the fact that Hurst’s Project EJECT received broad support from Democrats within the Black political class in Mississippi.

The initial condemnation of Project EJECT as an exclusively right-wing initiative was wrong. It is and always was a collaborative effort between Black Democrats at the municipal level and Trump’s regime on the national level to target working-class Black neighborhoods for police occupation and political repression. However, those who use the white Republican boogeyman as a means to drum up support for the Democratic Party conveniently like to overlook who is in fact championing and presiding over the criminalization and incarceration of the Black multitudes.

The majority of Mississippi cities where Project EJECT was implemented and supported as a solution to crime and violence were majority Black, and Black mayors and/or police chiefs led their police states. Hurst led the implementation of Project EJECT in Hattiesburg (50% Black), Meridian (60% Black), Moss Point (70% Black), Natchez (60% Black) and Jackson (80% Black) to very few media questions about the plan.

Darryl Grinnell, a Black Democrat, was mayor of Natchez when his administration collaborated with Hurst to criminalize working-class Black people in that city in 2019. Grinnell declined to run for a second mayoral term in 2020. Mayor Dan Gibson, a Democrat, was elected in July 2020 as mayor in an election where a mere 3,559 votes were cast in the mayoral election.

Black Democrat Mario King was elected mayor of Moss Point in 2017. King, heralded as the youngest mayor elected in Mississippi’s history, also stood with Hurst to announce EJECT’s arrival in Moss Point in 2019. King at the time was quoted saying while pointing at law enforcement, “we also want you to know that it’s these other individuals that are standing next to me that will tell you, and read you your rights, and let you know that it’s time for you to be prosecuted.”

In a paradoxical turn of events, in 2020, King and his wife, Natasha, were federally indicted on 13 counts of wire fraud and one count of conspiracy to commit fraud. Although the couple are innocent until proven guilty, it appears that King should have taken the advice that he meant for the Black multitudes in Moss Point to heart, because the federal officials he pointed to will now likely be prosecuting him.

‘A Call to Repress and Degrade Black Commoners in Meridian’

Black Meridian Mayor Percy Bland also announced in 2019 that his city would be the fourth city to collaborate with Hurst’s Project EJECT. Hurst said he chose Meridian as a site to initiate Project EJECT because of its high crime rate. Bland said those prosecuted under EJECT would do serious time.

The majority of the cities pegged for Project EJECT’s implementation were made up of working-class Black people. We know that those in the Black political and bourgeois professional neighborhoods will not be placed under siege and occupied by federal and local law enforcement. We know that these same Black professionals are not targeted for illegal stops and searches as they drive and walk along Meridian’s streets. Bland’s announcement of Project EJECT to Meridian cannot be interpreted as anything less than a call to repress and degrade Black commoners in Meridian.

The Black political class was willing to rubber stamp the terrorization of working-class Black people in tandem with Donald Trump’s federal government that some of them have publicly deemed reprehensible. That fact should make it incandescently clear that it is not only white racist Republican politicians who hold Black toilers in contempt and see them as expressing a lower culture of crime and violence. Many do not want to talk about this because it exposes talk about “a New Jim Crow” as a sham and cruel joke that is being played on working-class Black people who are subject to the constant surveillance, harassment, and incarceration by multi-racial and ethnically plural police states.

Bidding fascist personalities like Hurst and Trump good riddance as they leave public office may be grounds for some celebration. But Black politicians in hierarchical government who claim to be the representations of Black power and progress in the South as they administer institutional racism should be a reminder that there can be no Black power without power to the common people, even after Black politicians have ascended to government perches above society. If ordinary Black people are to arrive on their own authority and experience democracy (majority rule), safety and security in their communities, such Black politicians and their backers must be taken to task and discarded.

This MFP Voices essay does not necessarily represent the views of the Mississippi Free Press, its staff or board members. To submit an essay for the MFP Voices section, send up to 1,500 words and factcheck information to [email protected] We welcome a wide variety of viewpoints.

Adofo Minka is a criminal defense attorney.
All Posts

With your help, we can do even more important stories like this one.
Support the MFP
PrevPrevious‘Taller Mountains Still’: Cora Norman, 94, Leaves Legacy of Service, Dialogue, Inclusion
NextOfficer Shot Black Teen Outside Hattiesburg High, Activists Say, But Police Silent Days LaterNext