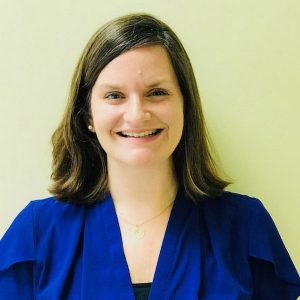 “When they arrived, they pepper-sprayed me in the eyes and strangled me almost to the point of death.”

“Some of my fingers were broken.”

“They put me on my knees where they were torturing me, and they said they were going to kill me.”

According to a complaint, the officials turned to physical violence and threats in an attempt to coerce the men into signing documents agreeing to their own deportation to their native country, where they faced persecution, torture and even death. In seeking freedom and safety, the men faced some of the very dangers they tried to flee.

Black immigrants’ lives are under attack—not only in Mississippi, but nationwide.

Not Limited to Physical Violence in Detention

Starting in October 2020, at least 57 immigrant women— primarily Black and Latina—alleged that immigration-detention medical staff in Georgia pressured them into unnecessary gynecological procedures, including hysterectomies. These reports evoke painful images of the infamous “Mississippi appendectomies”—involuntary sterilizations of Black women, including Fannie Lou Hamer, throughout the South during the bulk of the 20th century.

The harm is not limited to physical violence in detention; Black immigrants also face targeted hostility in the US immigration and criminal justice systems. As a result of racial profiling, over-policing and anti-asylum policies, Black immigrants face a higher likelihood of detention and deportation.

Professor Karla McKanders notes that this phenomenon “mirrors the over-representation of African Americans in the criminal justice system due to mass incarceration.”

Deportation: A Powerful Threat to Accountability

As they await resolution of their cases, Black immigrants also languish in immigration detention at far greater rates than other groups, the immigration advocacy group RAICES reports. In 2019, while the average detention time for all immigrants was 55 days, some African immigrants suffered civil detentions for as long as 10 years.

The same report also notes that Black immigrants received significantly higher bonds than other groups. For example, Haitians included in their study received bonds that were on average 54% percent higher than immigrants from other countries. While detained, Black immigrants are six times more likely to be held in solitary confinement than the at-large population.

At the same time, the U.S. government acts quickly to deport Black immigrants who speak out against injustices they suffer here. According to reports, the Department of Homeland Security has deported at least six of the eight Cameroonian men who spoke out against abuses at Adams County, at least six of the women who have alleged medical malpractice in detention in Georgia, and at least one Cameroonian hunger striker protesting injustices in the asylum system who had been detained in Louisiana.

Deportation is a powerful threat to accountability, allowing the government to continue its abuses in secret while disappearing those who speak out—often to places where they fear persecution and death.

In its 2020 report, The State of Black Immigrants, the Black Alliance for Just Immigration and the NYU Law Immigrant Rights Clinic observed that “[a]s the number of Black immigrants living in the United States continues to rise, debates around immigration must acknowledge and rectify the injustice inherent in these enforcement and deportation systems.”

The recent abuses in Mississippi, Louisiana and Georgia make that call even more urgent. The federal government must swiftly and fully investigate and remedy these targeted abuses against Black migrants and to implement policies to protect the rights of those who seek freedom in our country. In the words of the indomitable Mississippian Fannie Lou Hamer, “Nobody’s free until everybody’s free.”

Amelia Steadman McGowan serves as director of immigration law at the Mississippi Center for Justice. Amelia is also an adjunct professor at Mississippi College School of Law, where she teaches Immigration Law and has directed the school’s Immigration Clinic since its founding in 2015. Amelia comes to MCJ from Catholic Charities of Jackson, where she served as the Program Director of the agency’s immigration legal services program. Amelia is a graduate of the University of Southern Mississippi Honors College, where she earned her BA in history and Spanish and participated in study abroad/cultural exchange programs in Vietnam and Panama, as well as Tulane University, where she received her JD and MA in Latin American Studies. Amelia is fluent in Spanish and proficient in Brazilian Portuguese.
All Posts

With your help, we can do even more important stories like this one.
Support the MFP
PrevPreviousRays of Light: Mississippi Couple Hits a Creative High with Real Film Photography
NextDuring Black History Month, Singing for Those Who Paved the Way With Sweat and BloodNext