“Each one of these is a person—a person who didn’t have to die. Someone who would have been here next Thanksgiving and next Christmas,” the state’s top public-health official said. “By and large, most of them would have made it to the next holiday season.

Dr. Dobbs, along with other health leaders in the state, has repeatedly expressed disappointment that Mississippians have failed to broadly practice simple behaviors that could drastically reduce transmission, such as wearing masks and avoiding social gatherings.

The state health officer’s dire warnings contrast sharply with Gov. Tate Reeves, who has increasingly ignored, questioned, and downplayed warnings and advice from top health leaders across the state.

The governor referred to four of the state’s most prominent physicians as “so-called experts” after they called on him to reinstate a statewide mask mandate like the one that helped the state beat back the summer wave. Reeves also downplayed concerns among medical professionals at the Mississippi Medical Center, which had nine critical patients waiting for ICU beds to become available today.

Today, Dr. Allan Jones, the UMMC vice chancellor of clinical affairs, told WAPT that the Jackson medical center is “starting to see the more at-risk populations come in, which suggests some of these higher -isk individuals did get together with people over the holidays.”

In a tweet today, Dr. Dobbs said “the Thanksgiving surge has arrived.”

The Thanksgiving surge has arrived.

We can save that many and more just by: wearing a mask in public and avoiding non-essential gatherings. No joke – that's all it would take. pic.twitter.com/2K0EyMyNV4

The seven-day rolling daily average for new COVID-19 cases rose from 1,410 on Thanksgiving Day to 1,931 a week afterward.

At the Dec. 4 MSMA press conference, Dobbs urged leaders to rise to the occasion as Mississippi enters the pandemic’s worst phase..

“It’s a time for leaders to lead. What would you do to save 1,000 lives? Would you make a hard decision? Even one that’s unpopular with some of your supporters?” Dr. Dobbs asked. “We have personal responsibility for the people we lead.” 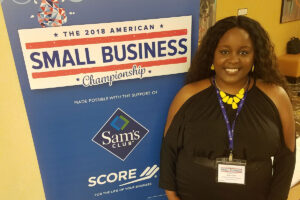 On the Come Up: Mississippi Academic Achievement Exceeds Pre-Pandemic Levels 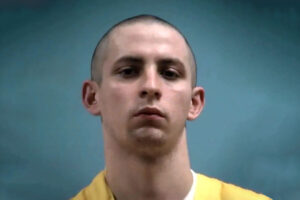 With your help, we can do even more important stories like this one.
Support the MFP
PrevPreviousAunjanue Ellis: ‘To Be a Southern, Black Woman from Mississippi Is to Be Well Fed’
NextRacism At The County Level Associated With Increased COVID-19 Cases and DeathsNext