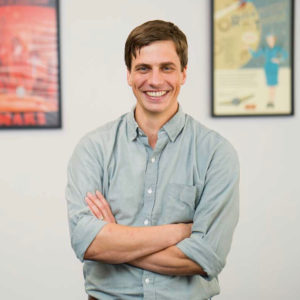 When President Franklin Roosevelt signed the GI Bill into law on June 22, 1944, it laid the foundation for benefits that would help generations of veterans achieve social mobility.

Formally known as the Servicemen’s Readjustment Act of 1944, the bill made unprecedented commitments to the nation’s veterans. For instance, it provided federal assistance to veterans in the form of housing and unemployment benefits. But of all the benefits offered through the GI Bill, funding for higher education and job training emerged as the most popular.

More than 2 million veterans flocked to college campuses throughout the country. But even as former service members entered college, not all of them accessed the bill’s benefits in the same way. That’s because white southern politicians designed the distribution of benefits under the GI Bill to uphold their segregationist beliefs.

So, while white veterans got into college with relative ease, Black service members faced limited options and outright denial in their pursuit for educational advancement. This resulted in uneven outcomes of the GI Bill’s impact.

As a scholar of race and culture in the U.S. South, I believe this history raises important questions about whether subsequent iterations of the GI Bill are benefiting all vets equally.

When he signed the bill into law, President Roosevelt assured that it would give “servicemen and women the opportunity of resuming their education or technical training … not only without tuition charge … but with the right to receive a monthly living allowance while pursuing their studies.” So long as they had served 90 consecutive days in the U.S. Armed Forces and had not received a dishonorable discharge, veterans could have their tuition waived for the institution of their choice and cover their living expenses as they pursued a college degree.

This unparalleled investment in veteran education led to a boom in college enrollment. Around 8 million of the nation’s 16 million veterans took advantage of federal funding for higher education or vocational training, 2 million of whom pursued a college degree within the first five years of the bill’s existence. Those ex-service members made up nearly half of the nation’s college students by 1947.

Colleges scrambled to accommodate all the new veterans. These veterans were often white men who were slightly older than the typical college age. They sometimes arrived with wives and families in tow and brought a martial discipline to their studies that, as scholars have noted, created a cultural clash with traditional civilian students who sometimes were more interested in the life of the party than the life of the mind.

Black service members had a different kind of experience. The GI Bill’s race-neutral language had filled the 1 million African American veterans with hope that they, too, could take advantage of federal assistance. Integrated universities and historically Black colleges and universities—commonly known as HBCUs—welcomed black veterans and their federal dollars, which led to the growth of a new black middle class in the immediate post-war years.

Yet, the underfunding of HBCUs limited opportunities for these large numbers of Black veterans. Schools like the Tuskegee Institute and Alcorn State lacked government investment in their infrastructure and simply could not accommodate an influx of so many students, whereas well-funded white institutions were more equipped to take in students. Research has also revealed that a lack of formal secondary education for Black soldiers prior to their service inhibited their paths to colleges and universities.

Rankin, a staunch segregationist born in Itawamba County, chaired the committee that drafted the bill. From this position, he ensured that local Veterans Administrations controlled the distribution of funds. This meant that when Black southerners applied for their assistance, they faced the prejudices of white officials from their communities who often forced them into vocational schools instead of colleges or denied their benefits altogether.

Mississippi’s connection to the GI Bill goes beyond Rankin’s racist maneuvering. From 1966 to 1997, G.V. “Sonny” Montgomery represented the state in Congress and dedicated himself to veterans’ issues. In 1984, he pushed through his signature piece of federal legislation, the Montgomery GI Bill, which recommitted the nation to providing for veterans’ education and extended those funds to reserve units and the National Guard. Congress had discontinued the GI Bill after Vietnam. As historian Jennifer Mittelstadt shows, Montgomery’s bill subsidized education as a way to boost enlistment in the all-volunteer force that lagged in recruitment during the final years of the Cold War.

Social programs like these have helped maintain enlistment quotas during recent conflicts in the Middle East, but today’s service members have found mixed success in converting the education subsidies from the Post-9/11 GI Bill into gains in civilian life.

This new GI Bill, passed in 2008, has paid around $100 billion to more than 2 million recipients. Although the Student Veterans for America touts the nearly half a million degrees awarded to veterans since 2009, politicians and watchdogs have fought for reforms to the bill to stop predatory, for-profit colleges from targeting veterans. Recent reports show that 20% of GI Bill disbursements go to for-profit schools. These institutions hold reputations for notoriously high dropout rates and disproportionately targeting students of color, a significant point given the growing racial and ethnic diversity of the military.

In August 2017, President Trump signed the Forever GI Bill, which committed $3 billion for 10 more years of education funding. As active duty service members and veterans begin to take advantage of these provisions, history provides good reason to be vigilant for the way racism still impacts who receives the most from those benefits.

Joseph Thompson is an assistant professor of history at Mississippi State University. His current book project, "Sounding Southern: Music, Militarism, and the Making of the Sunbelt," analyzes the relationship between the Department of Defense and Nashville’s country music industry to understand how white southerners learned to embrace big government in the form of the military-industrial complex.
All Posts

With your help, we can do even more important stories like this one.
Support the MFP
PrevPreviousMississippi House Rep. Jeramey Anderson Running to Replace Indicted Moss Point Mayor
NextMississippi Rep ‘Sorry’ for Call to ‘Succeed From the Union’ After Talk With House SpeakerNext