GREENVILLE, Miss.—Mississippi expatriate Kenny Wayne Mason, a popular long-time maître d’ at the Waverly Inn in New York City, moved home to his family in Washington County after the COVID-19 pandemic hit earlier this year. Last week, on Oct. 21, Mason was found shot to death on the side of Blaylock Road, his vehicle missing and with multiple gunshot wounds, and now three young men are charged with capital murder for his death.

On Monday in Greenville, Washington County Deputy Chief Billy Barber told the Mississippi Free Press that officers recognized Mason’s vehicle on Tampa Drive and pulled it over. They arrested the three men inside the vehicle, and they were initially held at the Washington County Sheriff’s Department for questioning.

Authorities told the Mississippi Free Press Monday that Mason’s vehicle, a maroon Chevy Trailblazer, had been stolen along with some of his personal effects.

Chief Deputy Barber confirmed two days later on Wednesday that the three men arrested have now been charged with capital murder. Barber told the Mississippi Free Press that the motive for the murder was robbery. The three men are Donnell Corbin, 18, and Devonte Jones, 20, both of Greenville; and Fredrick Pearson Jr., 21, of Indianola.

“This senseless act of violence has created a great void for Kenny’s family, his thousands of friends in New York, and across the globe… . Empathy drove Kenny. I’ve just been looking through thousands of photos of him. I feel so lost one moment and so determined to drive forward the next,” Willis added.

Holly Mason, the victim’s sister, told the newspaper that her brother came home to Mississippi in March to help care for their mother during COVID-19 and to work on a book.

Mason’s good friend, Chef Ashley Merriman, was previously executive chef at the Waverly Inn and is now a chef at Prune in New York. She told the Mississippi Free Press Monday that Mason was a gregarious man who friends and family loved deeply. Mason loved ice cream and was a serious gardener.

“He meant so much to so many people,” Merriman said.

Christian Middleton is an award winning freelance journalist and graduate of Missouri State University. He began his writing career as a contributing reporter for the Mississippi Free Press in 2020, where he continues to publish work. He is currently writing about environmental issues in the American South.
All Posts
Republish This Story 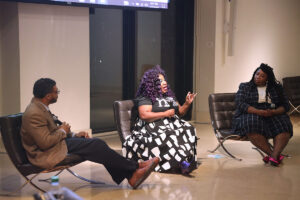 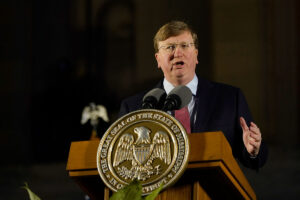 With your help, we can do even more important stories like this one.
Support the MFP
PrevPreviousFour Mississippi Counties More Than Double 2016 Absentee Totals Ahead of Oct. 31 Deadline
NextObstacles To Voting: Six Essential Reads on the Challenges of Election 2020Next