“Thursday night at about 10:30 or 10 o’clock, I received a message … letting me know that there were dangerous people looking for me because they wanted to kill me,” the Meridian city councilman and candidate for mayor claimed in a video statement Monday.

“I’m told that (a Meridian police officer) or other people went by my house,” he added. “I’ve asked around, people in my neighborhood, and have confirmed that people have been coming by my house.” The Mississippi Free Press is not yet naming the accused officer.

Lindemann, who represents Ward 5, told the Mississippi Free Press that someone shared evidence with him that a specific police officer had found his address.

In a press conference last Thursday, the councilman announced that he would “ask the city council to launch an investigation into various aspects of the Meridian Police Department.”

Specifically, he wanted the council to investigate the circumstances behind the recent promotions of two officers, as well as “the conduct of Officer (name withheld), as multiple allegations have surfaced regarding the possibility that he’s been extorting individuals for drugs and/or money.”

A source recently told the Mississippi Free Press that the officer once bought drugs while driving his city vehicle, but was never punished for it—even as a superior at MPD heard regular complaints.

A Long, Ongoing Struggle to Find a Leader for MPD

Lindemann also wanted to investigate why the City of Meridian fired longtime officer Lt. Rita Jack in late July. For months, Jack asked the City’s Civil Service Commission to investigate a number of issues within the department. She was fired on July 31.

City officials said they fired her for misusing a police software system, when she saved changes to an incident report. She was teaching a class of new recruits how to use the software that day, and did not know that she saved the changes, she has consistently said.

On Sept. 1, the Civil Service Commission voted unanimously to rescind the firing and return Jack to the department.

“What we’ve seen from this tonight is, truly, a vacuum in the leadership that we have in the law-enforcement division,” Commissioner Clayton Cody said at the time. He urged the City to quickly find a full-time police chief.

MPD has been in a state of disarray for most of this year.

Lindemann has challenged Mayor Percy Bland for calling Gale an “acting chief,” however, as the city council never confirmed him to that position.

Last week, Bland was set to present former Yazoo Police Chief Ronald Sampson to the city council for a vote. The plan fell through. Locals learned of the planned nomination, and quickly pointed out that Yazoo’s board of aldermen voted 3-2 not to renew Sampson’s contract with the city in April.

Additionally, in 2008, Sampson was demoted from deputy chief at the Jackson Police Department to commander, after two women officers alleged that he drunkenly made racist comments and asked one to “give him some.”

Bland and Chief Administrative Officer Eddie Kelly backpedaled and did not present Sampson to the city council. The search for a full-time police chief is ongoing, Kelly said last week.

“Either you weren’t really interested in vetting this candidate … or, even worse, you were willing to appoint (Sampson) knowing these things were true, that these allegations existed,” Lindemann told the mayor at the meeting.

“You’re not going to vote for them no matter who it is,” Bland replied.

Lindemann noted that he had supported—and contributed to—an interview board’s initial choice for a police chief: Rita Jack. Following Dubose’s resignation, Lindemann and other panelists interviewed her and other candidates to make a recommendation to the mayor. Jack was the board’s preferred candidate, two panelists told the Mississippi Free Press.

The argument at Meridian City Hall led into Lindemann’s announcement that he had left town. He said that he planned to investigate the department—and officer—only two days after the tense city council meeting.

Lindemann spoke with Chief Administrative Officer Eddie Kelly on Friday and Monday to discuss the officer’s alleged attempt to kill him, he said in his video statement.

The Mississippi Free Press could not reach Kelly for comment Monday. (Lindemann said he faced the same problem, which prompted him to release the video statement.)

“I just don’t think there was a path forward between my office and the city council for a good working culture with him as my CAO,” the Meridian Star quoted the mayor as saying at the time.

“Mr. Kelly is still looking into the allegations that Weston brought forth this morning,” Bland said Monday. “We’ve told Weston to contact the MBI and also the FBI.”

“We have notified the sheriff’s department, last week, that he has made allegations that someone is after him, and he fears for his life,” the mayor added.

Lindemann said Kelly later told him that the sheriff’s department could not protect him around the clock because resources were already spread too thin.

“I gave (Kelly) evidence of criminal activity that (the officer) is involved in, and he should have been able to make the call right then and there to suspend this man—take away his gun and his badge,” Lindemann said in the video Monday.

“But, as of the last time I spoke to him, at around 11:30 today, that decision has still not been made. Do you know how quickly they suspended and then terminated Lt. Rita Jack over something completely frivolous, and very simple? (She is) not an officer who texts drug dealers and says he’s doing drugs this evening because it’s Sunday, and he’s not going to get drug tested at work on Sunday unless he crashes his patrol car. These are things (the officer) has said to people in text messages. The CAO of Meridian has a copy of this. But I imagine their hands are tied because all of this goes back to Percy Bland.”

Lindemann pointed to alleged comments from the officer that he was “waiting to see” how his lawsuit against the mayor played out. The same day he announced his intent to investigate MPD, Lindemann said he would seek legal action against the mayor—asking a judge to fine him every day the city has no police chief. (If carried out, the move would borrow a page from Hattiesburg’s city council in 2014.)

“As Mayor of the City of Meridian, we take all threats of bodily harm to any person seriously,” Bland said in a Facebook post Monday afternoon. “On Friday we took proactive steps by offering local support from our MPD to Councilman Lindeman (sic). However, this was not his preferred option. We also reached out to the Lauderdale County Sheriff’s Department for support and they were willing to provide periodic patrol upon his request. Today, our office contacted the MBI on Councilman Linderman’s (sic) behalf as well as the FBI. We are currently awaiting a response from these agencies.”

As of 6 p.m. Monday, Bland told the Mississippi Free Press, the officer had not been suspended or put on administrative leave. Kelly is looking into the allegations leveled at the officer, the mayor said.

“These are serious allegations,” he said of Lindemann’s comments over the last week.

“One thing we’re (internally) looking at is if there’s any truth that (the officer) was doing those things,” Bland added. “We still need proof that those things are going on.”

Some locals have planned a protest and will meet at City Hall Wednesday morning, “until Weston is safe,” according to a flyer circulating on social media.

“I’m going to keep pushing the City for some ability to conduct business,” Lindemann told the Mississippi Free Press. “I can’t go to my house, and I can’t go about my normal business. Everything’s on hold till someone from the City of Meridian steps up.”

Today, in his own video statement, Mayor Bland said that he was moving past Lindemann’s allegations. “Mr. Lindemann, over the last three years, has done a great job creating distractions in this government,” he said, calling the latest round of allegations against officers “just a disruption.”

Lindemann is still “in a discrete hideaway,” the mayor said.

Going forward, Kelly will deal with issues related to the Meridian Police Department, he added. The City has “started the process” to look into Lindemann’s claims. In the meantime, he encouraged Lindemann to speak with the attorney general’s office, the Mississippi Bureau of Investigation and the Federal Bureau of Investigation.

“If there’s information in regards to any of our officers … we’ll deal with that,” he said, without naming the officer Lindemann says has threatened him. “But there’s a communication that’s supposed to take place between the CAO and the city council. People need to play their lanes. There will be time for elections and all of that.” 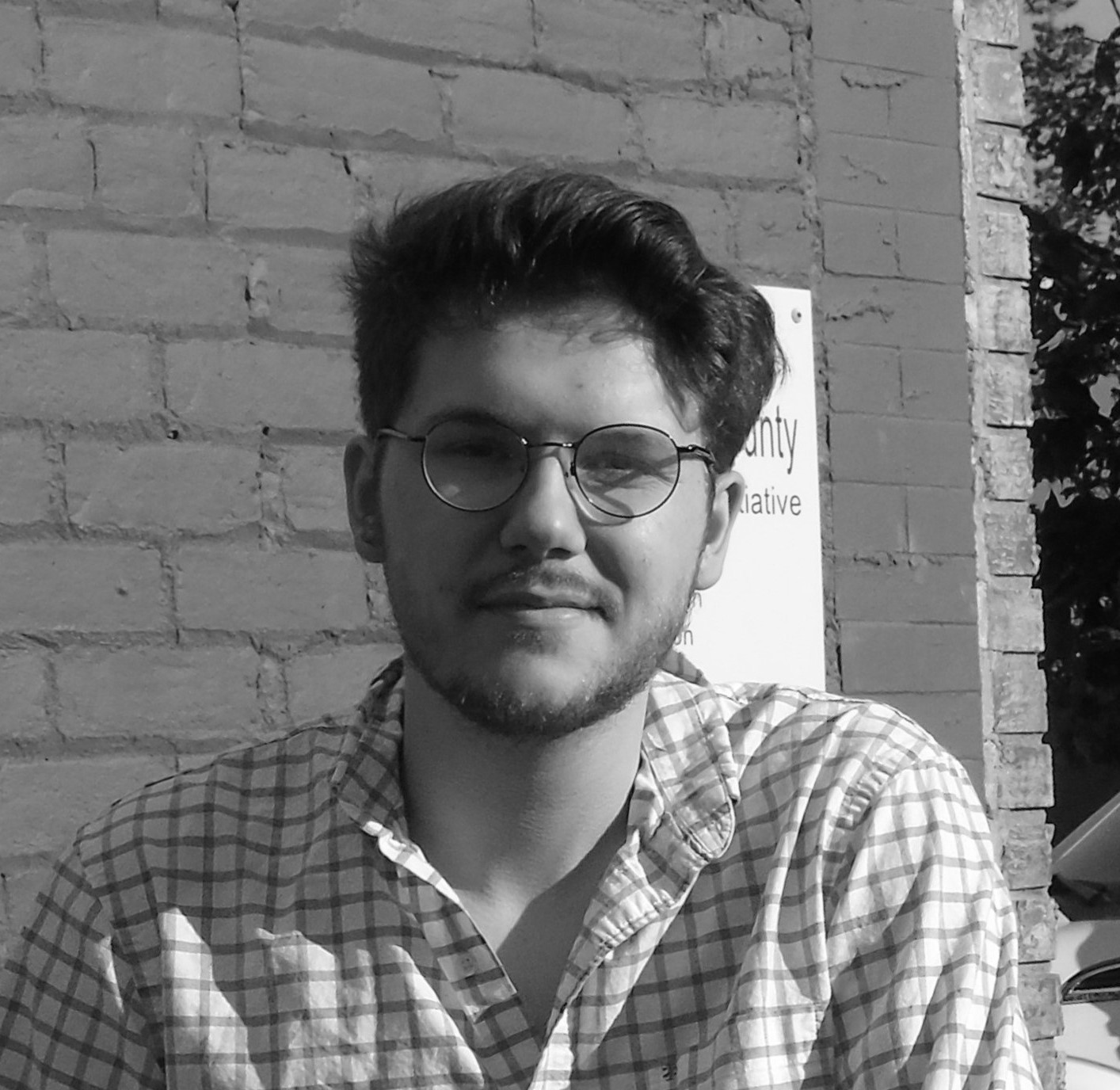 Ryan Oehrli is a freelance reporter who lives in Laurel. He previously worked for the Laurel Leader-Call, the Laurel Chronicle, the Washington Daily News and the Meridian Star. A North Carolina native, he's lived in Mississippi for six years and attends the University of Mississippi, where he's studying political science and history. Follow him on Twitter @ohoehrli. Send story tips to [email protected]
All Posts
Republish This Story

With your help, we can do even more important stories like this one.
Support the MFP
PrevPreviousMississippi House and Senate Special Elections Tuesday, Oct. 13: Where the Candidates Stand
NextWhy Do Abused Women Stay? Fear, Finances, Isolation, Love, Distrust and MoreNext