My Dinner with Ruth Bader Ginsburg: Sharing Stories of Loss, Giving Her a Cowbell 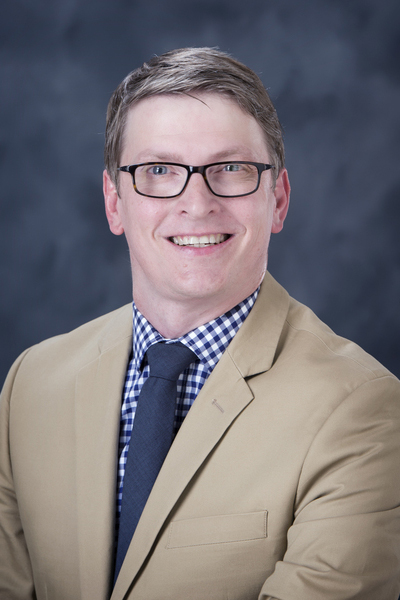 “I wish her a hundred years,” U.S. Supreme Court Justice Antonin Scalia said about his dear friend and fellow Justice Ruth Bader Ginsburg at a roast he delivered on the 10th anniversary of the District of Columbia Circuit Court of Appeals, where they both first served before their confirmations to the Supreme Court, Scalia in 1986 and Ginsburg seven years later.

“We were best buddies,” Justice Ginsburg confirmed years later, when asked to comment on his death. Of course, they were often on opposite sides of legal decisions, making it hard for many to fathom their close friendship.

I heard Justice Ginsburg comment on her “Odd Couple” friendship with Justice Scalia one night in 2010 as I sat next to her at a dinner at the University Club in Washington, D.C. We were both there at the invitation of documentary filmmaker Aviva Kempner, whose most noted work to date, “The Life and Times of Hank Greenberg,” won a 2001 Peabody Award.

In the years since that film’s release, Kempner had been working on a documentary about radio and television pioneer Gertrude Berg, who produced, wrote and starred in her own long-running radio and TV show, “The Goldbergs,” for almost a quarter of a century. In 2004, Kempner hired me as a consultant on the project, as I had just completed my doctoral dissertation on Berg, and Kempner knew that I was under contract to Syracuse University Press to turn my research into a book manuscript.

Justice Ginsburg was one of many public figures Kempner interviewed for the documentary; as a child, Ginsburg was a fan of Molly Goldberg, Gertrude Berg’s alter-ego on “The Goldbergs,” a familiar Jewish mother figure who reminded Justice Ginsburg of many of the women in her own family.

I remember the day when Aviva told me I would be meeting Justice Ginsburg. She called me as I was packing for a visit to her Washington home, which Aviva also used as the home base for her film production company, the Ciesla Foundation. She asked me to come up and speak at a screening of the Berg film, and wanted to make sure that I packed my nicest suit (or at least a nice jacket and tie). She told me that we would be having dinner at the University Club with about a dozen other guests, all friends of Aviva’s, including Justice Ginsburg, whom Aviva had chased around at a dinner party until Justice Ginsburg finally agreed to sit down for an interview.

‘The Southerner In Me Wanted to Hug Her’

I’m not sure if Aviva intentionally seated me next to Justice Ginsburg or if I jockeyed for the position. But, there I landed, right between her and psychiatrist and environmental activist Lise Van Susteren, sister to then Fox News commentator Greta Van Susteren. The entire night is a little bit of a blur, but I remember most of it fondly, nonetheless—the kind of dinner party you see on film, or read about in Vanity Fair, about an oddly matched group of dinner guests whose only connection to each other is through a little-known independent filmmaker, the daughter of an American soldier who helped free his future wife, Aviva’s mother, from a German concentration camp at the end of the Second World War.

Aviva was the ideal dinner host. She made sure the conversation kept going, and that everyone was involved. We played a game: “Who’s the one person, living or dead, you would like to be stuck on a deserted island with?” Justice Ginsberg said, “My husband.”

Martin Ginsburg had died earlier that year. She talked lovingly of their relationship, and I could tell that his death was still fresh on her mind; her voice cracked ever so softly when she spoke of their marriage and long life together. The southerner in me wanted to hug her, or at least grab her hand, but I knew better.

For what it’s worth, though, she told me how touched she was by my answer to the dinner-party question: my maternal grandfather, who passed away when I was 7. He was a veteran who fought in Africa during the Second World War, and I was dyed-in-the-wool Roosevelt Democrat. I explained to Justice Ginsburg that I wanted the chance to discuss with him the most recent presidential election, and to be honest, every one since he cast his last vote for President Jimmy Carter in 1976.

A Cowbell I Purchased and Decorated for Justice Ginsburg

When we weren’t participating in games or table conversation, Justice Ginsburg and I bonded over the fact that we both studied at land-grant universities—she graduated from Cornell University in 1954—a fact I had researched when I first found out that I would meet her. I brought with me to that party a cowbell I purchased and decorated for Justice Ginsburg just before I left Starkville, a gift of solidarity for a Supreme Court Justice who attended a university built on farmland owned by its co-founder, New York State Sen. Ezra Cornell.

During a conversation about the educational mission of land-grant institutions like Mississippi State and Cornell, I presented her the cowbell I had kept hidden underneath my chair. She wore a poker face—the kind of expression a Supreme Court Justice may show during oral arguments—as she took it from me and then listened intently as I quickly rushed through an explanation of the cowbell’s symbolism and its ties to my alma mater. She must have recognized the panic in my voice—a reaction to me watching her study the cowbell, with the kind of intensity one has when they are trying to figure out which end of a tightly sealed package to open—because she asked me to explain in greater detail the origins of the cowbell.

The floodgates opened, and I recited the story of the historic home football game between Mississippi State and the University of Mississippi, circa late 1930s or early 1940s, when a jersey cow came out onto the field of play. The cheerleaders and others on the sidelines quickly shooed the cow off the field, and Mississippi State came back to win the game. The students adopted that cow as a good-luck charm, and they continued to bring her to games for a time before finally adopting the cowbell as a more convenient symbol.

We traded a few more stories that night. She told me how she ended up at Cornell, how she met her future husband, Martin, there. When asked, I told her more about the rivalry between Mississippi State and the University of Mississippi (including the story of the 1907 football game, played in knee-deep mud and water at the Jackson fairgrounds, the result of torrential rains that Thanksgiving week). She laughed aloud when I told her that Mississippi Coach Frank Mason brought out whiskey-spiked coffee in the second half to warm up his players.

A Decades-Long Commitment to Reproductive Rights

In the decade since our meeting, I’ve had the opportunity to study some of Justice Ginsburg’s Supreme Court opinions and dissents. Of particular interest are those cases dealing with First Amendment law, like Burwell vs. Hobby Lobby, a 2014 decision that made it possible for for-profit companies, under the guise of religious freedom, to refuse to comply to the federal mandate to include birth control in their health-care plans.

Ginsburg’s 35-page scathing dissent of the 5-4 decision, which she partially read from the bench, revealed a decades-long study of the First Amendment’s Establishment Clause and a decades-long commitment to the reproductive rights of the American woman.

“Until today, religious exemptions had never been extended to any entity operating in ‘the commercial, profit-making world,’” she said. “The reason why is hardly obscure. Religious organizations exist to foster the interests of persons subscribing to the same religious faith. Not so of for-profit corporations.”

Like many Americans, I’m grateful for Ginsburg’s lifelong service to the judiciary and her commitment to gender equality and women’s reproductive rights. At the same time, I’m concerned about what her death could mean for the future of the Supreme Court: Will Senate Majority Leader Mitch McConnell try to confirm Justice Ginsburg’s replacement before January 2021, although he blocked confirmation of federal Judge Merrick Garland, whom President Barack Obama nominated his final year in office to replace Supreme Court Justice Antonin Scalia, who passed away one month earlier?

Much will be said now about Ginsburg’s legacy to the American judiciary and her work as a champion for gender equality and reproductive rights. None of that was lost on me that night in Washington, D.C. I just thought better of bringing it up. No one wants to talk shop at a nice dinner party.

With your help, we can do even more important stories like this one.
Support the MFP
PrevPreviousMississippians Must Vote in Person Despite ‘Greater Risk of Death,’ State Supreme Court Says
NextMike Espy Breaks Fundraising Record After Ginsburg’s Death as Hyde-Smith Backs TrumpNext