‘A Sight to Behold’: You Can Dance Now, John Lewis 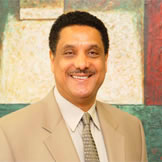 I first met John Lewis in 1966 at the Student Nonviolent Coordinating Committee (SNCC) office in Atlanta; he was smiling and joking. I last saw him two years ago in Tunica, Miss.; he was dancing.

The night I saw him dancing, Rep. Bennie Thompson, D-Miss., and I were leaning into each other talking but struggling to hear one another over the music when his eyes darted to the dance floor. “Oh! goodness,” he said, turning our conversation on a dime. “John is going to start dancing.”

“John is going to dance. You’ve never seen him dance?”

Congressman Thompson annually organizes a four-day public-policy institute for the Congressional Black Caucus Institute in Tunica to address important issues of the day. It has also evolved into an enclave where young leaders are identified and nurtured. The conference is, in part, a boot camp for the next generation of leaders.

One of the great rewards is the opportunity to interact with luminaries of the civil rights and political world present, such as Rep. James E Clyburn, Rep. Maxine Waters and, of course, the icon of icons, John Lewis. His generation of Civil Rights Giants, slightly older than mine, had served in larger-than-life roles in a seminal struggle of U.S. history. They led the marches and protests that created much of the American narrative after World War II. None of his generation played a key role for as long and as impactfully as John.

Bennie turned to the floor with a grin on his face as John Lewis worked his way to the floor. John shook every hand that reached for him and posed for everyone who wanted a photo.  He stopped, not in the center, but on the edge of the dance floor. I thought it was his wife with him at the time, but I later learned that he just loved to dance with anyone who would go to the floor with him.

Back when I first met John Lewis in the summer 1966, it was a turbulent time within SNCC, a juncture of heated debate about the effectiveness of the nonviolent movement.  Malcolm X, dead over a year, was being hailed by many young activists as much as Martin Luther King.  Stokely Carmichael and H. Rap Brown were emerging as the leaders of black activist youth. Out west, the Black Panther Party was preaching a doctrine of gun-carrying self-defense.

Sit-in nonviolent types like John Lewis were going out of fashion.

To the best of my recollection, John Lewis (not an icon yet) was dropping by the SNCC office to pick up some personal items he had left in the office after having departed as chairman of SNCC— with a little push. I was a volunteer, age 16, over in a corner operating a mimeograph machine, a round tube used to copy things with a stencil before copiers became common. I was having trouble when John walked over.

“Thank you,” I responded.

Then, despite being the former chairman of SNCC, he explained to me all his tricks in operating what was essentially a hand-turned copying machine, not like he had been the chairman of SNCC, but like he had been a low-level volunteer who only wanted to do a good job. I witnessed a lot that year; the entire organization effectively disbanded the next year. But I had no idea the trouble facing John Lewis of that moment would have such a lasting legacy beyond what appeared to be the demise of the peaceful change he championed.

Yet I do remember noticing something unique about his humility and personality in that moment that stuck with me. And yes, the warm smile that became his trademark.

It was the same personality and humility I saw on the dance floor in Tunica in 2018, more than 50 years later. John Lewis had marched with Martin Luther King Jr. and risen to the stature as close to sainthood as you can in America without an ounce of pretentiousness. Bennie said to me as the music volume went up, “He loves to dance.”

With enviable enthusiasm John Lewis started making jerky-out un-rhythmic motions. Bennie Thompson bent over laughing. “No one has the heart to tell him he can’t dance; we just let him,” the congressman said.

Wilbur Colom is an attorney and businessman in Columbus, Miss. He was an early donor to the Mississippi Free Press.
All Posts

With your help, we can do even more important stories like this one.
Support the MFP
PrevPreviousBetween Religion and Stripping: Cleansing Sin, Laying Down Pain in Chucalissa, Miss.
NextWith Hospitals ‘On the Verge,’ Mississippi Smashes COVID-19 Record With 1,635 New CasesNext