All U.S. Historians at University of Mississippi Oppose Plans to Renovate Confederate Cemetery 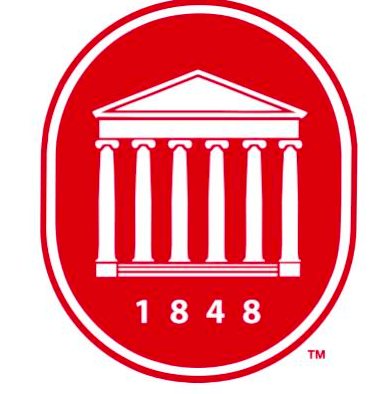 We, the undersigned American historians working at the University of Mississippi, strongly oppose the recently released plans to renovate and add headstones to the Civil War cemetery on campus as part of the relocation of the Confederate monument. Ideally, we believe this monument should be removed from campus entirely, given its explicitly white supremacist origins. But if it remains on campus, it should not be glorified and the university should make it clear that it rejects the racist and hateful ideology this monument represents.

We oppose the renovation of the cemetery and the addition of headstones because:

Cemetery renovations and headstones were not part of the relocation proposal circulated last December and the new plan was never shared with the university as a whole. The proposal falsely asserted that the new plan had “received written endorsement from various campus constituencies,” when in reality, at least two of the constituencies named, and perhaps all, were not aware of the details of this new plan prior to the release of the IHL Board’s June 18th agenda. The university continues to develop plans for the site beyond what was presented to the IHL Board, according to a university spokesman in a statement to Mississippi Today on June 19, 2020. The university has not announced who is responsible for developing these plans and has not made these plans, or those making them, available for public scrutiny. None of the undersigned historians are involved in any way.

Investing resources in creating and preserving Confederate symbols sends the wrong message about the university’s priorities. Confederate monuments and related symbols are coming down across the South. Adding headstones to the cemetery in conjunction with the monument relocation betrays student, faculty, and staff demands, which were aimed at removing Confederate symbols from campus, not simply moving a monument from one place to another. As the ASB’s 2019 resolution plainly asserted, “Confederate ideology directly violates the tenets of the University Creed that support fairness, civility, and respect for the dignity of each person.”

Beautifying and aggrandizing the cemetery during the relocation of the Confederate monument reinforces the university’s troubling pattern of making something-for-everyone compromises rather than making an unambiguous move toward justice and inclusivity. Moving the monument should be a clear stand against racism, not another embarrassing attempt to placate those who wish to maintain the university’s connection to Confederate symbols. It is especially troubling that the university appears to have misled official representatives of its current students, faculty, and staff by misrepresenting their public and deliberative actions, while secretly catering to the private fantasies of individual donors to promote a distorted version of the university’s history at the expense of its present and future.

Combining headstones and other cemetery renovations with the relocation of the monument turns the monument into part of a new, larger Confederate symbol on campus. We should not create new spaces that enshrine Lost Cause ideology, make our students feel unwelcome, and attract neoconfederate groups to campus. The university has no business creating a venue for glorifying the Confederacy that will, in turn, threaten students.

Headstones are expensive and would require costly maintenance. Time spent raising money for these renovations is time wasted. The university should direct its fundraising efforts at developing additional minority spaces on campus, renovating and finally renaming Vardaman Hall, hiring additional Black and other minority faculty and staff, and providing all employees with a living wage Even if private donations underwrite the initial installation of headstones, the university will incur a raft of ongoing expenses—everything from weather-mitigation to grounds keeping to security. Moving forward, campus stakeholders will continue wondering why university leaders accepted, raised, or allocated funds toward the cemetery when those monies could have been used to advance equity on campus and the educational mission of the university at large.

Headstones would distort the historical record. The cemetery itself originally functioned as a place to store the bodies of the soldiers who died at the temporary hospital created on campus after the Civil War interrupted classes in 1861. Permanent headstones were never installed and nothing that is currently visible on the site is original to the Civil War era. Rather than serve an educational purpose, headstones would misrepresent the site and its history.

Headstone names could never be accurate. We have limited knowledge about which soldiers were buried in the cemetery and which remain there, and we know even less about where on the site they were laid to rest. The documents we would need to do this work simply do not exist. We have no way to accurately identify the occupants of the cemetery, let alone determine their location on the grounds.

It would be disrespectful to the dead to install inaccurate headstones. Placing a headstone with one soldier’s name on it above the remains of an entirely different person (whose identity can never be known) would be a poor tribute to either one of them.

Cemetery renovations and headstones will hamper rather than enhance our understanding of this site as it connects to the role the university played as a hospital during the Civil War. The monument currently standing on the Circle is not a Civil War artifact but a Jim Crow-era monument to white supremacy. It was erected in 1906 by white supremacists to promote Lost Cause ideology well after the Civil War had ended. Its dedication speech praised Confederates for what they did to “preserve Anglo-Saxon civilization” by terrorizing Black southerners and stripping them of civil and political rights during Reconstruction. These renovations do not create a “site for educational purposes.” On the contrary, connecting this monument to a cemetery enhanced by brand new, historically inaccurate headstones implies that both the monument and the headstones are Civil War artifacts, and thus uses Civil War history to promote white supremacist Lost Cause ideology.

As historians, we know that monuments reflect the values of the people who erect them. To glorify the cemetery and the relocated Confederate monument in the ahistorical ways the university has proposed is to build a new Confederate monument in 2020, effectively reenacting the injustice that white supremacists committed when they erected it in 1906. In doing so, the university will create a new destination for neoconfederate and other extremist groups on campus, not only violating its stated values, but also jeopardizing the peace and safety of its students, faculty, and staff. We urge the university to leave the cemetery as it currently is. Further, to begin to repair the breach of trust with campus constituents that the university has committed during this episode, we demand that the university immediately make public all records of its deliberations and decision-making regarding the plans for the relocation of the Confederate monument and the redevelopment of the cemetery.

With your help, we can do even more important stories like this one.
Support the MFP
PrevPreviousIn the Presence of Rita Schwerner Bender: Reflections on the Edgar Ray Killen Trial
NextMFP Photo Gallery: Juneteenth in Jackson, Miss.Next