Mississippi Law Enforcement Needs Major Reforms for Its Own Sake 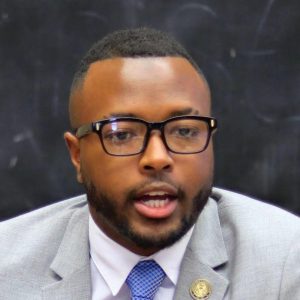 “As we have seen, any encounter with police carries with it

the danger of injury or death if you are black.”

Words don’t come easily these days. They don’t flow as they sometimes do. But, I must find them. Remaining silent is not an option.

I am a young black man in America. For those of you who aren’t, let me try to explain what that means. As a young black man, it is all but impossible to have a simple unguarded moment. It is the feeling of being guilty until proven innocent. I live in an America where a drive down the street, a trip to a convenience store, an afternoon of jogging can be a death sentence.

I come from a loving family. A family that has taught me to work hard, to persevere, to reach for my dreams. Young black people may share common dreams, but we walk different paths to realize them.

Some will have to overcome extreme poverty to reach their dreams and see them come true. Others find themselves wondering if the “American dream” is even within reach of a young black man or woman. We have to overcome the urge to just give up.

Far too many people fail to see the uniqueness of every black life. They don’t understand that young black people face challenges they never will, and we will be judged in ways they’ll never be judged. In America, white people are born with the privilege of being known not as white people but simply as people. Black people enjoy no such privilege.

Every black person is unique. There is so much more to each of us than simply being black.

Renegade Officers Make It Easy to Tar All Police

As I write this, there is an image in my mind that I cannot shake. It is the image of a white policeman with his knee nonchalantly on George Floyd’s neck. To me, he seems proud of what he is doing. After all, it’s just another black man, right?

If America is to survive, this must change. America must look beyond the color of one’s skin. All of America must learn to judge by character, not outward appearances. That is the lesson in the protests that have swept across the nation in the wake of George Floyd’s senseless death and the countless others. For those still asking, that is what black people want. We want equality. Equality across the board.

I am honored that the voters of District 110 have entrusted me to represent their interests in the Mississippi Capitol. It is my duty to do everything in my power to see that my constituents have a fair shot at the American dream. And to be able to walk, bike, drive and jog the streets of the district without being stereotyped and stopped simply because of the color of our skin. As we have seen, any encounter with police carries with it the danger of injury or death if you are black.

I have repeatedly tried to get the rest of the Legislature to deal with this major concern—that some police officers are obviously dangerous racists. These renegade officers make it easy to tar all police. We must not let that happen.

The bills I have repeatedly proposed, I hope, help make that distinction. These bills, I believe, protect the law-abiding officers as well as the citizens who encounter them. They also will make it easier to get the renegades out of law enforcement before they become the next Officer Derek Chavin, who showed little to no concern for the life of George Floyd.

We need legislation to ensure that, in Mississippi, officer-involved killings are swiftly and fairly adjudicated. That has not always been the case.

Just last month, Attorney General Lynn Fitch dropped charges against a Columbus police officer charged with manslaughter in the shooting death of a black man. A grand jury indicted that officer, Canyon Boykin, but Fitch said her office’s review of the evidence found the white officer acted in self-defense when he shot black motorist Ricky Ball.

There are many unresolved questions. Why did she exonerate him just as cities across America were erupting into flames over an officer-involved killing? Why weren’t the responding officers’ body cameras turned on?

My goal is to make sure such questions are not left to linger, to fester in the minds of a public already suspicious of police officers’ motives.

Rep. Omeria Scott and I along with other colleagues this week filed a resolution that would open the door for the Legislature to consider law-enforcement reforms. It was referred to the rules committee and hadn’t been taken up as of Thursday afternoon.

One bill I have offered would create an independent review board to delve into all officer-involved deaths in the state. The goal of the review board would be to ensure that there are no lingering questions, and that the officer, if warranted, is either prosecuted or publicly exonerated.

Another would put the Mississippi Bureau of Investigation in charge of investigating all officer-involved deaths. It would reassure the people of Mississippi that officers will be held accountable for their actions and would remove any clouds from an officer who acted responsibly when using lethal force.

These bills aren’t perfect, and I welcome suggestions on how to make them better. This is not the time to sit in silence. This is the time to get involved, to ring the Capitol switchboard, to make some noise about passing laws that are fair to both law enforcement and to citizens they’re hired to protect.

The more of us who unite behind the cause of racial justice, the louder and more respected our voices will be.

I know that these bills alone won’t solve the problem of the systemic racism that has plagued our great nation for centuries, but they are steps in the right direction.

Rep. Jeramey Anderson is a native of Moss Point, Miss. He received his associate degree in criminal justice from Pearl River Community College and his bachelor's degree in homeland security from Tulane University.​ He represents Mississippi's 110th House District in the Mississippi Legislature covering Moss Point and Pascagoula. He serves on the House Judiciary Committee, Investigations, Corrections, Drug Policy and the Constitution committees.
All Posts

With your help, we can do even more important stories like this one.
Support the MFP
PrevPreviousRoy Tamboli’s Buzzy Trip of Artwork: Bringing Light Into the World and God Into the Picture
NextThis Juneteenth, Meet the Black Mississippian Who Created Tech for Future Cell PhoneNext