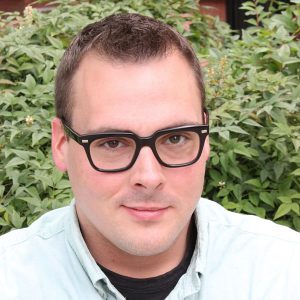 Shortly after midnight on Friday, May 29, the president of the United States took to Twitter and Facebook to refer to those protesting the police killing of George Floyd as “thugs.” He then warned that “when the looting starts, the shooting starts.” The following day, President Trump doubled down on his dog-whistle remarks by threatening protesters at the White House “with the most vicious dogs and most ominous weapons.”

The way the two social-media platforms handled these comments could not have been more different. Twitter flagged the tweet for violating their rules about glorifying violence. In doing so, Trump’s tweet that included the incendiary comments could be viewed, but not liked or shared.

In contrast, Facebook refused to flag the president’s comments. In a leaked internal video call with employees, Facebook CEO Mark Zuckerberg defended his decision. “The reference is clearly to aggressive policing—maybe excessive policing—but it has no history of being read as a dog whistle for vigilante supporters to take justice into their own hands,” he said.

Zuckerberg could not be more wrong. In fact, conservative politicians have used comments like these for decades to give their supporters carte blanche to take justice into their own hands and stoke the flames of racism and white supremacy in the United States.

In Mississippi, local officials have followed the president’s lead. Magnolia Alderman Joe Cornacchione dabbled in dog-whistle politics after the president’s comments with a Facebook post titled, “Snow Plows for Snow Flakes.” In response to the post, a number of his friends suggested using fire hoses and firearms on the protesters.

‘I Want Them to See the Dogs Work’

Until the mid-1960s, conservative Democrats in the South, who would make an exodus to the Republican Party in the wake of civil-rights legislation, used overtly racist and violent language when running for state and federal offices. They continued to do so upon election when discussing civil and human rights. Although the days of overtly racist James K. Vardaman and Ben Tillman had vanished in the political sphere by the Second World War, their remnants still remained.

While running for his third and final term in 1946, U.S. Sen. Theodore Bilbo, a Mississippi Ku Klux Klan member and vehemently racist, declared, “I call on every red-blooded white man to use any means to keep the n*ggers away from the polls … if you don’t understand what that means you are just plain dumb.”

A couple of years later in 1948, while running for the presidency as a third-party candidate for the States’ Rights Democratic Party, South Carolina Gov. Strom Thurmond told audiences on a widely distributed newsreel for theaters, “I want to tell you, ladies and gentlemen, that there’s not enough troops in the army to force the southern [white] people to break down segregation and admit the n*gger race into our theaters, into our swimming pools, into our homes, and into our churches.”

While such visceral racist language in the political sphere began to fall out of favor as the Civil Rights Movement progressed into the 1960s, it still remained. During the Birmingham Campaign of the African American Civil Rights Movement, the city’s Commissioner of Public Safety Bull Connor not only advocated but actively used violence against participants. Teenagers and young adults made up a large portion of these participants.

“All you gotta do is tell them you’re going to bring the dogs … I want them to see the dogs work. Look at those n*ggers run,” Connor said.

While the likes of Bilbo and Connor left the political sphere, southern politicians like Thurmond began to publicly use the term “nigra” as a not-so-subtle replacement for another epithet.

From Vardaman and Bilbo to ‘Welfare Queens’ and Willie Horton

By the 1960s, southern white politicians were creating what came to be known as dog-whistle politics with coded and veiled racist and violent language that their national counterparts quickly adopted. As the days of hope turned to nights of rage in the Civil Rights Movement due to police brutality in the black community, many took to the streets to demand change. Elected officials in the South and on the national stage began to adopt dog-whistle politics and coded and veiled racist and violent language in response to the protests against brutality.

In response to social unrest around Christmas 1967, Miami Police Chief Walter Headley instituted a “get tough” policy, sending shotgun-wielding officers with dogs into the city’s streets to “meet force with force.”

Expanding on his “get tough” policy, Headley said the police effort would focus on Miami’s black neighborhoods “where 85 per cent of all our crime is occurring.”  He finished his comments by brazenly stating, “We haven’t had any serious problems with civil uprisings and looting because I’ve let the word filter down that when the looting starts, the shooting starts.”

The  following year, while running for president as the candidate for the American Independent Party, George Wallace’s comments to his supporters at a rally in Pittsburgh were a hybrid of Richard Nixon’s promise of “law and order” and pro-segregationist policies. In the immediate aftermath of Dr. Martin Luther King Jr.’s assassination, Chicago Mayor Richard Daley furthered this tone by chastising the city’s Police Superintendent James Conlisk for not issuing “shoot-on-sight orders.”

Law-and-order platforms, and comments by the likes of Headley and Wallace, ultimately led to the complete embrace of dog-whistle politics by the Ronald Reagan and George H.W. Bush administrations with the help of political strategist Lee Atwater. Republication candidates began to refer to black women on government assistance as “welfare queens,” unemployed black men became “young bucks,” and Willie Horton came to symbolize black men in the eyes of white America.

So, yes, President Donald Trump’s comments are steeped in dog-whistle politics, and their original use was directly tied to a violent response to police-brutality protests. Mark Zuckerberg may have attended Harvard University and is a successful businessperson, but he obviously did not pay attention in his history courses and did not research this matter to the fullest extent when he claimed that Trump’s looting comments have “no history of being read as a dog whistle for vigilante supporters to take justice into their own hands.”

CORRECTION: We have replaced one reference to Walter Headley with George Wallace in the above essay. We apologize for the error.

Michael Murphy is a historian of United States history with a specialization in African American history, the history of medicine and public history. He earned his PhD and MA in history at Mississippi State University, where he now teaches, and his BA in history at the University of Florida. His current project examines the various methods of sterilization used to maintain and reinforce white supremacy in the South during and immediately after the African American Civil Rights Movement.
All Posts

With your help, we can do even more important stories like this one.
Support the MFP
PrevPreviousFeeding Local: Mississippi CSAs, Farms Beacons of Light During COVID-19 Pandemic
NextWhen Black Americans Demand Change, White People Call It a ‘Riot’Next