I Have a Black Son. How Do We Protect Him? Here’s My Advice. 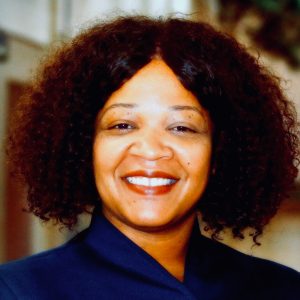 “One cannot make a good choice when historically, both choices end badly for people of color.”

In early August 2019 in Canton, Miss,four of my family members—two cousins, my 9-year-old son and my 6-year old niece—and I piled into the car and headed home from an event during our family reunion. It was just after midnight because we had stayed to help clean the church with a few others.

Nobody was sleepy, so as I drove, we laughed and reminisced about the great night we had just experienced. It was dark with no other cars in sight, which was typical. I had ridden or driven down this long, dark road my entire life.

But then, out of nowhere, we saw five police officers: two standing on either side of the street alongside their cars and one standing in the middle of the road, next to his car. Yet only one car’s headlights were on. This struck me as odd because it was extremely dark, characteristic of a great country night, a time of day I had grown to appreciate and find peace in, over the years.

I could see the headlights, so I slowed down. It was eerie. One of the police officers, a white man, aimed a flashlight down to the ground. A myriad of stories about how police officers stop people of color who never live to talk about it, circling in my mind, people like Philando Castile and Sandra Bland. I grappled with whether to stop and risk being hurt or killed or to keep going until I could at least get to a streetlight and still be possibly hurt or killed.

So I chose to straddle somewhere in between, which could be considered a rolling stop. As the white officer started toward the car, he yelled. I do not recall what he said, but in that moment I knew I would have to make a definitive choice, so I stopped. He asked if I had seen his hand waving under the flashlight, signaling me to stop. I wanted to say, “It’s dark out here in the country with no streetlights in sight, and I am supposed to see your hand moving under that one light? I did not.”

But I said “no,” forcing myself to keep it short. He took the flashlight, scanned everyone in the car, which means the three terrified kids, age 9 and under, had a flashlight waved in their faces. My niece started to cry, and my son said, “Mom, I’m scared.”

The police officer asked me for my license and registration, but while flashing my license and confidently-yet-cautiously reaching toward the glove compartment, he mumbled, “Go on.”

To this day, I have so many questions: Why were they there? Why didn’t they choose an area that was better lit? (There was a streetlight about a mile or two both ways.) Why did he change his mind about seeing my registration? Would it have been different if I was a Black man? And the big question: What would have happened if I was alone?

This one incident changed the way I would see that long, dark road forever.

I know some people will read this and wonder why I did not just stop in the first place, as it seems like the obvious good choice. My answer: One cannot make a good choice when historically, both choices end badly for people of color. We are faced with systemic racism and dehumanization every day, causing racialized trauma.

Then, we are forced to decide on the choice that could yield the least amount of hurt.  Today, this trauma is being exasperated as we watch images of police officers killing Black men. Which is why I straddled between the decision to stop or continue until I could find light.

Seeing an image of someone I love brings a smile to my face; seeing an image of a beautiful sunset just beyond the water makes me somehow feel relaxed; seeing images of ice everywhere somehow makes me feel cooler. The same way these images elicit an immediate and physical response, an image of a Black man handcuffed, on his stomach, on the ground, face planted, and three cops on top of him and one with his knee in his neck and hands in his pocket, elicits a response that is impossible to describe.

There are no words that can delineate the numerous feelings I have, even today, after seeing the image of George Floyd numerous times.

The images of Black and Brown men being killed at the hands of white police officers pierces my heart. But the tide is shifting, and the work that people of color and their allies have been doing years prior, is positioning us to transform a system that has racism laced all throughout its structure. However, it is going to take everyone: White people, too.

Here are some steps our White allies can take:

Dr. Karla L. McCullough was raised in Jackson, Miss., and serves as executive director of the Juanita Sims Doty Foundation, where she is the executor of its goals and objectives and provides direction and leadership applicable to the realization of the organization’s philosophy. The foundation’s mission is to improve the quality of life for children of color and the overall health and wellness of the family through youth development, mentorship, education and advocacy. Dr. McCullough, who is on the advisory board of the Mississippi Free Press, serves as the project director of the Ambassadors of the Evers Academy for African American Males, or A-TEAAM, a mentoring program for young males of color, in partnership with the Medgar and Myrlie Evers Institute. she uses her writing, speaking, researching and community-building to help children of color have the equitable opportunity to grow and thrive in a safe, supportive and just society. When Dr. McCullough is not carrying forward all aforementioned work, she serves as the owner and principal consultant of the Tri-K Group, a small business consultant firm. However, she is most proud of being the mother to an amazing son, Matthew.
All Posts

With your help, we can do even more important stories like this one.
Support the MFP
PrevPreviousConfronting Fascism Through Creativity: Jackson Student Wins International Art Prize
NextTwo Men, One Divide: The 2015 Police Shooting of Ricky Ball in Columbus, Miss.Next