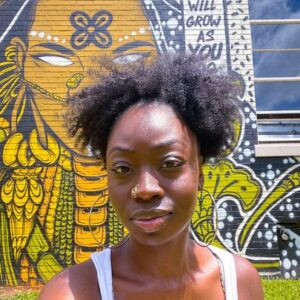 “Free the land, by any means necessary.”

Some of you may have heard this slogan said around Jackson. Maybe you heard it from the lips of the capital city’s current mayor, Chokwe A. Lumumba; or from his father, Chokwe Lumumba, who passed away while he was mayor in February 2014. You may have even said it a few times yourself while not being quite sure of what the phrase means, where it came from or what it is all about.

I would like to briefly explain the phrase’s history and its connection to Mississippi, Dr. Mutulu Shakur, and, interestingly enough, “Snowfall,” the critically acclaimed FX television series presently in its sixth season.

The show explores the spawn of the crack epidemic during the 1980s in the United States. The the series’ premise: The U.S. government sponsored an endeavor to kill three birds with one stone: to wage war against poor and Black communities in its borders and to its enemies abroad, while securing itself as one of the biggest drug dealers and gun runners on the planet.

Several writers have alleged that the CIA was involved in the Nicaraguan Contras’ cocaine trafficking operations during the 1980s Nicaraguan civil war. These claims led to many U.S. government investigations, including hearings and reports by the U.S. House of Representatives, Senate, Department of Justice and the CIA’s Office of the Inspector General. Ultimately, the U.S. government investigated itself and subsequently concluded that the allegations were unsupported. No surprise there.

Resurgence of the Black Panther Party

During this time period, the Black community saw the resurgence of the Black Panther Party through the formation of other radical organizations. The Black Panther Party grew  out of the Student Non-Violent Coordinating Committee, whose work was based largely in majority-Black Mississippi and Alabama communities. Black SNCC members, such as Stokely Carmichael, who formed the Black Panther Party determined that non-violent direct action was not enough to take on the U.S. and local governments and to gain freedom for Afrikans in the U.S. who survived slavery.

SNCC members felt that armed struggle was necessary for Black liberation, given that the United States seemingly continued to wage war against Black people. The Black Panther Party was initially intended to be a Black political party that supported armed self-defense against white Americans who terrorized Black people.

Before the development of the Black Panther Party, militant organizations and individuals in the South often protected SNCC members—as detailed in Robert Williams’ book, “Negroes with Guns,” and through the efforts of the Mississippi Deacons for Defense, to offer examples. The history of the Black Liberation Movement is filled with organizations and individuals who supported an armed, military struggle against the U.S. for the freedom of Black people.

The development of the Republic of New Afrika, born in the South and working on the ground in West Jackson, was a key development in the Black Liberation Movement. However, the FBI targeted the RNA and began raiding their meetings. In August 1971, before dawn at 1148 Lewis St., a house several blocks north of Jackson State University, the Jackson Police Department and the FBI raided the RNA’s headquarters without warning using a tank, heavy arms, and tear gas intent on capturing or killing its members.

So while the government, along with its state and municipal subdivisions throughout the South and other parts of the U.S. were waging an open war against developing Black radical organizations, it was also waging a secret war against those same organizations through J. Edgar Hoover’s Counter Intelligence Program. That was the same COINTELPRO that Franklin Saint read up on in several episodes of “Snowfall.”

Simultaneously, the series tells a story in which the U.S. government poured drugs into Black communities and sponsored the development of the crack epidemic, waging an even broader secret war against everyday members of Black impoverished communities—mirroring real-world allegations.

As a result of President Ronald Reagan’s expansion of the “war on drugs,” the Black Liberation Army was formed in real time. Its founders developed the organization to carry out clandestine military operations against the U.S. government and its subdivisions in support of Black liberation and in defense of the Black radical organizations the government targeted along with everyday members of the Black community.

Not only was Dr. Mutulu Shakur recognized as a member of the Black Liberation Army, he was also a community healer who helped to avert the drug crisis. Dr. Shakur worked for the Lincoln Detox Community Program, where he became certified and licensed to practice acupuncture in California. His treatment method was used during the drug war to assist thousands of poor folks who did not have access to any other treatment.

Dr. Shakur was also identified as the mastermind of the prison break and escape to Cuba of Assata Shakur, a political prisoner and prisoner of war. In “Snowfall,” Franklin Saint’s dad Alton is a member of the Black Panther Party and references escaping to Cuba like Assata Shakur and Nehanda Abiodun had.

Now in 2023, after more than 36 years, Dr. Shakur is released from prison for his alleged role in the escape of Assata Shakur and the Brinks truck robbery. However, he re-enters society on his deathbed, sick with advanced cancer. We are happy our elder is home. But make no mistake, this is no victory.

The cause Dr. Shakur fought so hard for was co-opted. Again, we hear many in Jackson, Miss., chant the words, “Free the land by any means necessary,” and use that as an excuse to try and vote Black people to freedom. Both “free the land” and “by any means necessary” were always used in the slogan to support the rights of Black people in America to use armed struggle as a means of winning our freedom.

It was not about registering people to vote.

If voting were going to free Black people, then those means are just as valid as armed struggle. But the vote is continually used as a tool, even now in predominantly Black Jackson, Miss., as a means to put more police in Black communities and to maintain government systems ownership of our water, our education and our governance.

Dr. Shakur paid the ultimate price for leading the fight for freedom and self-governance. His example has inspired a community of us in Jackson, Miss., to move toward a more free and sustainable community.

Calandra Davis is a Black, southern, queer mama born and raised in Mississippi. She and her family strategically reside in both West Jackson and Hermanville, Miss., a rural town where they organize efforts with the community toward self-determination. Davis has a master’s degree in public service from the University of Arkansas Clinton School where she played a leading role in research regarding racial disparities in the Arkansas criminal-justice system. She uses her theoretical knowledge and experience to inform her praxis and is now a student of bottom-up organizing. She also works on several sustainability projects including implementing wells so that the community owns and operates their water. Davis strongly believes in the abundance and ability of communities to care for themselves outside of the system.
All Posts

With your help, we can do even more important stories like this one.
Support the MFP
PrevPreviousBlack Driver Sues FedEx, Brookhaven Police Chief, Men Accused of Shooting At Him
NextIntentional Self-Care: Establishing Healthy Boundaries This WinterNext