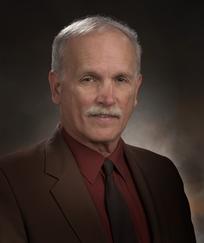 Water hammers cause nearly all water-main breaks in Jackson and in every other industrialized city, but they can be stopped.

The Jackson water system has been water-hammered into extensive damages, and much of this damage cannot be fixed. However, immediate actions can curtail the ongoing destruction of this system and stop water-main breaks that cut off drinking water to residents.

I recently published an op-ed founded on peer-reviewed engineering books and journal papers that summarizes my ongoing research since 1991 on water hammers and water-hammer prevention.

The Curse of Water Hammers

A water hammer is a pressure surge or wave caused when water flow is forced to stop or change direction suddenly, causing a change in momentum. These water hammers bang on water mains every time water flow stops or restarts in pipes. In our homes, water hammers are small when we turn off faucets, and those hammers make little difference to water-main breaks.

Many Ruptures in the Winter

In winter, water mains rupture across the country when power outages from high-speed winds shut down the water-supply pump. During pump shutdowns and restarts, pumps shoot water hammers throughout city water mains.

Water hammers cause high-pressure waves that bang through water mains at speeds less than one mile per second. In cities like Jackson, such high pressures reach anywhere in the city in under a minute.

These pressure waves bang on water mains over and over, again and again, eventually cracking them. Those cracks can then leak underground for months before causing a major rupture and can scour out the dirt under roads, leading roads to collapse. When cracks get big enough, water mains rupture, split in two, and water geysers up through roads and into the air.

Cracks alone cause more than two-thirds of our water main breaks. Corrosion and water hammers cause the rest of the cracks. Hammers accelerate corrosion and occasionally dump visible rust into drinking water.

In brand-new research, I used a high-powered electron microscope to look at water-hammered pipes. When pipe surfaces were magnified thousands of times, I saw cracks everywhere, which caused corrosion. In fact, I estimated that a 10-foot piece of 6-inch diameter pipe contained approximately 1 million cracks.

The number of small cracks in the U.S. water system could be hundreds of trillions. We cannot go back in time and stop these cracks, but we can stop these cracks from getting bigger and breaking our water mains.

Water mains do not break because they are old. If so, the Empire State Building would fall into the streets.

The Ravages of Water Hammers

At a U.S. cost of $15 billion per year, water hammers are destroying our water supply. U.S. water-main replacements cost $1.2 million per mile, and the American Water Works Association estimated the U.S. cost for replacements will be $1 trillion in the next 25 years for our 1.2 million miles of water mains.

Water-main breaks are also responsible for E. coli and listeria infections. When water pressures drop, infections swim into our drinking water to make us ill and sometimes kill us.

“A dose of lead that would have little effect on an adult can have a significant effect on a child,” the Environmental Protection Agency reports. “In children, low levels of exposure have been linked to damage to the central and peripheral nervous system, learning disabilities, shorter stature, impaired hearing, and impaired formation and function of blood cells.”

When I started this work years ago, I thought that the obstacle to saving lives, property and the environment was the fact that people just do not like new ideas. While we at large do not like change, I have stood eye to eye with many people and discussed concerns through email and the press.

I have learned that money is the issue.

Until corrective and preventive actions are put in place, drinking water will continually be detrimentally affected in Jackson and in the rest of our country.

As part of my research, my engineering company has served several customers and a previous employer to stop piping and to mitigate water main breaks. At the U.S. DOE Savannah River Site, I stopped a series of 200 pipe breaks in water systems that were used to cool million-gallon nuclear waste tanks. I based an engineering book on this investigation and other research titled, “Fluid Mechanics, Water Hammer, Dynamic Stresses, and Piping Design.”

Training water-supply operators and firemen to slowly close hydrants and valves in 10 to 20 seconds can stop water hammers. Closing hydrants in three to four minutes also prevents hammer damages. Yes, there will be training costs.

If we accept these smaller costs, water hammers can be stopped as well as other hazards to the environment. And stopping these health hazards can improve our health and save lives.

This article was originally published on OpEdNews.

Robert A. Leishear, PhD, PE is an ASME fellow, a National Association of Colleges and Employers senior corrosion technologist, a NACE senior internal (piping) corrosion technologist, a project management professional and a journeyman sheet metal mechanic. Dr. Leishear has written more than 120 engineering publications, which include books, magazine articles, conference papers, op-eds, newspaper articles and honors journal publications. His education includes a BS in mechanical engineering from Johns Hopkins University and master’s and doctoral degrees from the University of South Carolina. He has studied combustion at Princeton University through the Combustion Institute and has attended many other courses in water-system operations, corrosion and nuclear-reactor designs. Dr. Leishear is currently enrolled in a Nuclear Engineering Ph.D. program at the University of South Carolina, where his studies focus on the relationship between water hammers, water main breaks, oil pipeline spills, gas pipeline explosions, offshore oil-rig explosions and nuclear-power plant explosions. Water hammers, or fluid transients, cause all of these industrial disasters.
All Posts

With your help, we can do even more important stories like this one.
Support the MFP
PrevPreviousMississippi Hospital Crisis Proposals Include $80 Million In Aid, No Medicaid Expansion
NextBan On Treatments For Transgender Minors Passes in Mississippi HouseNext