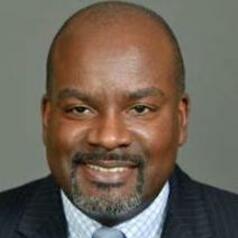 In Travis County, Texas, home to Austin, a local Republican Party official allegedly knocked on people’s doors in November 2022 to accuse people who cast ballots by mail of having been ineligible to vote.

In Beaumont, Texas, 300 miles east, white poll workers allegedly followed Black voters to voting machines and stood close enough behind them to see how they voted.

In Arizona, armed citizens had stationed themselves near ballot drop boxes, but a federal judge ordered them to stay away and forbade them from photographing or taking videos of people dropping off ballots, or speaking to them.

Those are just some of the cases of voter intimidation marring the generally orderly conduct of the 2022 midterm elections. And with Florida and Missouri blocking federal monitors from polling places, any intimidation in those states may have gone unreported. Those states said most outsiders—people who are not voters or poll workers—are not allowed in polling places.

Intimidation doesn’t always include demanding a person vote for or against a specific candidate or ballot issue, or involve making specific threats. As a scholar of election law and voter suppression, I know that any behavior reasonably calculated to dissuade a person from participating in an election counts as intimidation. This can include deceiving people about voting rules, questioning the legitimacy of their votes or accusing a person of a voting crime.

These problems may be getting more attention now, but voter intimidation has existed throughout American history, and it has almost always been directed at people of color. Yet the law provides opportunities for voters to respond to these illegal acts.

Hundreds of Years of Voter Intimidation

Voter intimidation has marred elections throughout American history. As early as 1832, French writer Alexis de Tocqueville in “Democracy in America” documented how the white majority in the free state of Pennsylvania had intimidated African Americans from participating in elections. That was just years before Pennsylvania, along with most other states with free Blacks, banned or suppressed the African American vote.

After the Civil War, white supremacist groups that wanted to restore the political order of slavery engaged in racially motivated voter intimidation. Probably the most famous example was the Colfax Massacre in 1873, where white Louisianians killed approximately 150 African Americans in an attack precipitated by the disputed Louisiana gubernatorial election of 1872. Massacres like this sent the message to African Americans that voting was at their own risk.

Congress responded to the ongoing voter intimidation against African Americans by passing the Ku Klux Klan Act of 1871, which included provisions explicitly outlawing conspiracies to deprive citizens of their voting rights. Those provisions remain in law today.

Nevertheless, violent voter intimidation persisted during the Jim Crow era. White supremacists continued attacking and killing African Americans in lynchings and race riots across the United States between the 1890s and the 1950s. In 1898, a mob of approximately 2,000 white men overthrew the Wilmington, North Carolina, local government and massacred the city’s African American population for exercising their political and speech rights. Historians have estimated as many as 250 African Americans were killed.

The civil rights movement of the 1950s and 1960s made it a primary goal to obtain voting rights for African Americans. In 1957, Dr. Martin Luther King Jr., spoke about this in a speech in Washington entitled “Give Us The Ballot.” He spoke of the “conniving methods” used to intimidate African American voters, such as lynching and mob violence. He demanded federal protection and new laws to codify African Americans’ right to vote.

After some false starts, Congress did respond again to the voter intimidation problem through the Voting Rights Act of 1965. Though not often discussed or used as a basis for lawsuits, Section 11(b) of the act contains a broad prohibition against voter intimidation:

This law does not require proof that the person intended to intimidate a voter—just that their behavior can be reasonably seen as threatening, coercive or intimidating.

But voter intimidation did not simply go away because of these laws. After the passage of the Voting Rights Act, voter intimidation activities turned from overt terrorism to aggressive vigilance and challenging motivated by claims of fraud in voting. “Voting vigilante” groups, as many refer to them, continued to police voting by following, photographing and otherwise menacing and threatening voters. These groups claimed this was to protect “election integrity,” but they were in fact acts to intimidate Black and Hispanic voters.

For example, in 1981, the Republican National Committee hired off-duty police officers to carry weapons and patrol majority-minority neighborhoods in New Jersey, wearing armbands declaring them part of a “National Ballot Security Task Force” that had no governmental sanction. That was one of several actions that resulted in a federal judge’s order that the Republican Party stop intimidating voters. That order was extended several times, but expired in 2017.

But these activities extend beyond the GOP. Since around 2010, grassroots groups emerged in the name of protecting election integrity. These groups alleged that there was rampant voter fraud in American elections and took it on themselves to aggressively monitor elections.

Probably the most prominent of these groups is “True The Vote.” It and other groups like it claim they seek to root out voter fraud and protect American elections. Yet these groups have, as recently as the 2022 midterms, engaged in surveilling voters, made aggressive inquiries about voters’ practices and openly carried weapons while doing so. All of that is, arguably, voter intimidation.

Their motivation—unsupported by evidence, and in fact comprehensively contradicted by it—is that massive voter fraud has affected the results of recent elections.

I argue that these claims serve to spread what I call the “meme of voter fraud.” One of the consequences of this dangerous meme is to justify voter intimidation against minority communities. And I have analyzed how this myth-making has increased with the voter fraud claims of former president Donald Trump.

Voter intimidation is still illegal and still damages American elections today. Protections codified in the Ku Klux Klan Act and the Voting Rights Act still allow citizens to file civil lawsuits against people who intimidate voters. These statutes, however, remain underused, probably because they have been overshadowed by larger provisions of the laws.

Yet, if more voters and civil rights organizations used these laws, they could confront aggressive voter intimidation and unmask its false claims of policing election integrity. These activities threaten to make American democracy inaccessible for millions of citizens whose voices deserve to be heard. And modern voter intimidation continues the ugliest racist trend of vote suppression from America’s past.

This history shouldn’t repeat itself.

Atiba R. Ellis joined the Marquette University Law School faculty in 2018. His research focuses on voting rights law with specific attention to how varying conceptions of the right to vote exclude voters on the margins. He has written about the economic entry barriers posed by voter ID laws, felon disenfranchisement laws, the theoretical effects of the Citizens United Supreme Court decision, the impact of the Supreme Court's decision in Shelby County v. Holder, and related topics. Professor Ellis’s current research focuses on voting rights theory and how ideology affects the scope of the right to vote.
All Posts

With your help, we can do even more important stories like this one.
Support the MFP
PrevPrevious‘Rebuild The Trust’: City of Jackson Approves EPA Order to Stabilize System
NextBrookhaven Men Charged With Attempted Murder In Shooting of Black FedEx DriverNext