Power For Southern People, Not the Southern Power Company 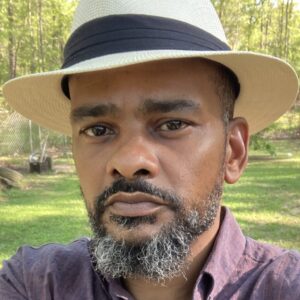 In 2010, construction began on the Kemper Power Plant, touted as the pinnacle of the movement to bring “clean coal” to America. The plant—which was intended to be the largest of its kind and a proof-of-concept for future plants to follow—then spent the next 11 years trying and failing to become operational, while Southern Power, the monopoly that owned it, fobbed the costs of its ill-conceived venture off on Kemper County residents.

Despite the fact that the plant never provided clean-coal power to a single person, local people saw their utility bills go up and up as the years wore on—until one day, the plant itself went down.

The disaster of the Kemper Power Plant was merely the most recent in a long series of unethical actions taken by Mississippi Power, a subsidiary of Southern Power. Their stunning corporate greed and long history of disregard for the communities of color they disproportionately harm led Arm in Arm, a coalition dedicated to centering racial and economic justice and ending the climate crisis, to launch the Power 4 Southern People NOT Southern Power campaign.

Power 4 Southern People aims to take power out of the hands of corporate energy monopolies and the corrupt politicians who feed them and return it where it belongs: to the people. This moment marks the one-year anniversary of the Kemper Plant implosion and Mississippi Power’s exploitation—a glaring culmination of years of climate injustice inequities affecting thousands of people in communities across the state.

No Accident of Nature

For instance, many folks living in the plant’s vicinity were told the plant would create jobs, but were not told that their medical bills would likely increase due to the many health hazards associated with living in the immediate vicinity of a power plant. Neither were they told that, in the more than 10 years since construction began on the plant, the project had gone more than $4 billion over budget, despite never producing a megawatt of so-called “clean-coal” power for the community. And they certainly didn’t know that they had personally footed the bill for that overage.

Mississippi Power had simply and quietly increased utility bill rates on residents to cover rising costs, all while launching insidious ad campaigns implying that the increased cost was due to irresponsible personal usage. Mississippi Power did all of this knowingly and, they believed, with impunity. As the main power provider in the state, they thought they could act in whatever way most benefited their shareholders, without having to suffer the consequences.

It is time for the people to show Mississippi Power that they are wrong. This is far from the first time a massive corporation has taken advantage of economically disenfranchised people or communities of color (as of 2021 Kemper County community is comprised of 67.2% majority Black, indigenous and latino residents). Nor is it the first time a predatory utility monopoly has let those communities foot the bill for their own mismanagement while simultaneously taking federal tax credits from corrupt politicians. With your help, however, it could be among the last.

It is imperative that we the people begin to hold Southern Power and its subsidiaries responsible for the economic and climate damage they have caused in our communities. We demand that monopolies like Mississippi Power are held to account for their corrupt practices and begin to make reparations for the damages they have done to communities—disproportionately Black people and people of color—in the past.

We demand that Mississippi Power prioritize the well-being and prosperity of its customers and communities before its shareholders. In order to advance a pollution free economy, we center the power of the people over corporations in the battle to end the climate crisis.

The power belongs to the people, and together we can take it back.

This MFP Voices essay does not necessarily represent the views of the Mississippi Free Press, its staff or board members. To submit an opinion essay for the MFP Voices section, send up to 1,200 words and factcheck information to [email protected] We welcome a wide variety of viewpoints.

Artis Burney is the Executive Director of Cosmic Poetry Sanctuary in Vancleave, Miss., and the Communications Lead for Mississippi for the Green New Deal.
All Posts

With your help, we can do even more important stories like this one.
Support the MFP
PrevPreviousAfter Wins and Controversy, Philip Gunn Not Seeking Reelection After 2023 Session
NextLearning the Art and Science of Organizing: Brooke Floyd Completes National FellowshipNext