As Leaders Politicize School Board Elections, Our Future Is On The Ballot 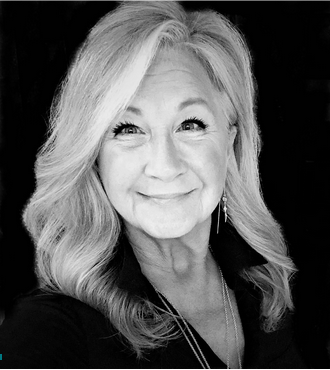 School board meetings and school board elections are becoming frontline battlefields for the nation’s political division. School board decisions directly impact three of our most precious resources — our children, our public schools, and our money. School boards not only determine policy, they are also the community’s educational watchdog and, in rural districts, they may be overseers of the largest employer in the area.

To a considerable extent, school boards also determine the level of difficulty for parents and citizens to navigate their local public school system and find a seat at the decision-making table itself. This is where politicization can sit and hit closest to home and, quite possibly for the first time in the lives of some families, involve significant decisions made by adults other than trusted clergy or medical professionals.

Even for those of us who grew up going to public schools, much has changed. Each of us experiences school in our own unique way, and each family approaches educating their child from their own perspective. And, let’s face it, we all know how easy it is for our emotions to run high whenever our children are involved.

Politicization happens when candidates connected with deep pockets use hardline partisanship and, often, religion to incite fear about decisions affecting our children. When copious amounts of money are pouring into a county or city school board race, that’s a sure sign that outside groups are involved. And, when outside groups are involved, that’s a sure sign that something other than what’s best for our children and our local community is not the ultimate goal.

A recent edition of Parents for Public Schools (PPS) Clearinghouse pulled together a collection of resources to help folks see the big picture of recent events and the players involved to understand how something as commonplace and local as a school board election could be seen as the epicenter for national political control.

Both ProPublica and National Public Radio (NPR) have covered news stories of governors politicizing school board races by endorsing slates of school board candidates running in their state and even funneling money to them, which in turn attracts even larger sums of campaign money from outside groups. Evidence of outside groups pouring money into normally quiet school board races can be seen in the form of direct mail ads, radio spots, and paid social media ads on Facebook.

When we reflect on America’s culture wars in public schools, when we become aware that school board members and their families have received death threats, how could it be any other way that when Steve Bannon said, “The path to save the nation is very simple — it’s going to go through the school boards.” He was echoing what Christian Right leader Ralph Reed said in 1996, “I would rather have a thousand school board members than a president and no school board members.”

Democracy is on the ballot in every election now. Remember to vote—all the way down the ballot.

Becky Glover has worked as a community coordinator and program trainer for the national office of Parents for Public Schools (PPS) for nine years in the east central area of Mississippi. She stepped into the newly created policy analyst role for PPS in July of 2021.
All Posts

With your help, we can do even more important stories like this one.
Support the MFP
PrevPreviousMFP Trusted Elections Project Again Interrogates Mississippi Voting-Precinct Systems
NextMississippian Voters Electing Four U.S. House Representatives TodayNext