Crime Is On the Ballot, But Data Do Not Support the Rhetoric 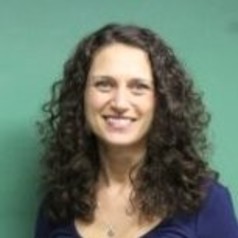 Different approaches to justice are on the ballot in November 2022 in some public prosecutor and congressional elections around the country, revealing a deep divide about how differently Americans feel about crime and its consequences.

Many Republican congressional and prosecutor candidates are focusing their electoral messages on crime, accusing Democrats of being “dangerously liberal,”  amid a seeming rise of crime in some places.

They are also saying that policies Democrats back like bail reform threaten public safety. Bail reform allows people who have been charged with a misdemeanor or a nonviolent felony to remain free pending the outcome of their cases, avoiding the scenario where people are locked in jail because they are too poor to pay even modest amounts of bail.

The Republican message likely resonates with some voters.

An October 2022 Politico poll showed that voters rank crime as a top area of concern, trailing only the economy and abortion.

Democrats, meanwhile, have responded with gun safety proposals and pointing to House of Representative bills that they supported and passed in September 2022, which would give more money to local police departments. In other cases, Democratic candidates have largely avoided the topic of crime altogether, and instead have kept their focus on other key issues like abortion.

Against this backdrop, some local prosecutors running for election are arguing that public safety and new ways of thinking about incarceration can go hand-in-hand.

As a scholar who writes and teaches about criminal justice and wrongful convictions, I know that top prosecutors have tremendous power when deciding how justice is meted out—what crimes to charge, which people to bring charges against, and how cases are prosecuted.

How they choose to wield that control has significant consequences for poor people, communities of color, victims of crimes and society at large.

New Way of Thinking About Justice

Prosecutors have traditionally positioned themselves as tough on crime, and measure their success by the number and severity of convictions they oversee.

But after the Black Lives Matter movement intensified around 2016, nontraditional candidates, sometimes called progressive prosecutors, began running in local elections and winning office. This followed growing public awareness about law enforcement’s treatment of people of color, and their disproportionate representation in prisons.

There are roughly 1,200 public prosecutor races on the ballot in November 2022, including 30 state races for attorney general.

Only 20 or so contested races now involve prosecutors with notable reform agendas—though other reform-oriented local prosecutors were elected earlier in 2022, and still others are not up for reelection this term.

Many of these change-oriented prosecutors say they want to incarcerate fewer people.

Many of them have also pledged not to prosecute low-level misdemeanor offenses, like drug possession or trespassing. These kinds of charges disproportionately, and often unnecessarily, affect people of color and the poor, resulting in lasting criminal records.

These prosecutors believe they can change the system from within, improving the overall fairness of the United States’ criminal legal system, while keeping the community safe.

Counties and local districts in Republican-leaning states like Texas, Kansas and Virginia all elected reform-minded prosecutors over the last few years. In the last decade, voters in major cities like Chicago and Philadelphia also elected prosecutors with new visions for justice.

Aside from not seeking cash bail for most low-level cases, some progressive prosecutors have also stopped prosecuting marijuana possession and most prostitution cases against sex workers.

This new style of prosecutor, however, has also experienced backlash at the polls. Critics argue that progressive prosecutors are bad for public safety, suggesting that rises in crime since the pandemic are partially because of their reform policies.

But a 2021 study found “no significant effects of these reforms on local crime rates.”

One of the authors of that study argues that refusing to prosecute nonviolent misdemeanor offenses may actually reduce crime. Not prosecuting certain crimes can help people avoid a criminal record, which, in turn, can help them find stable housing and work.

Another October 2022 study found found no connection between progressive crime policies and increased homicide rates, either during the pandemic or before 2022.

Yet, despite the complexity of crime data, attacks on reformist prosecutors have gained momentum.

Chesa Boudin, a former public defender who was first elected San Francisco’s top prosecutor in 2020, lost his position in a 2022 recall election amid criticism that his policies led to a spike in crime.

In July 2022, Marilyn Mosby lost her bid to retain her Baltimore prosecutor post in the Maryland Democratic primary. And Manhattan District Attorney Alvin Bragg continues to face criticism because of his support for bail reform in New York, where he led the effort that banned cash bail in most cases in 2019.

These prosecutors have been accused of releasing alleged criminal offenders from jail before a trial—who then go on to commit new crimes.

Yet, while there are people who committed crimes after being released from pretrial detention, research shows that, in practice, reducing the use of cash bail has little to no effect on the percentage of people rearrested for criminal behavior.

Research also shows that people of both major political parties are concerned about wrongful convictions, which are estimated to constitute about 4% of all convictions.

I believe change-oriented prosecutors make a difference in wrongful-conviction cases. There are approximately 2,300 prosecutor offices in the country, and only around 100 Conviction Integrity Units specifically devoted to re-investigating cases for potential errors.

Yet, nearly one out of three exonerations between 2015 and 2022 were obtained with the help of a Conviction Integrity Unit. In these cases, prosecutors looked retrospectively at convictions their offices had obtained and then worked to reverse false convictions.

The effectiveness of these special units varies dramatically, often reflecting the head prosecutor’s commitment to righting past wrongs. When a prosecutor is willing to say that they made a mistake, that’s one step toward creating a more fair and legitimate system for all.

It also helps to free the innocent.

Recently, Adnan Syed, subject of the popular Serial podcast, was freed after decades in prison for a 1999 murder of his ex-girlfriend that prosecutors now say he did not commit. A reform-minded prosecutor in Baltimore County helped lead a new investigation that found a lack of DNA evidence pinning Syed to the murder, leading to his release.

Crime has been an effective platform for Republican candidates in the past, and they have placed it front and center in the final weeks leading up to the midterm elections in 2022. While many Democratic district attorneys and attorneys general take a more traditional approach to crime in their election campaigns, others promise a new approach to crime and justice.

Voters across the country are being presented with different visions of how to maintain public safety. Contested prosecutor elections are a referendum on those competing visions of justice.

I worked as a public defender for nearly a decade before becoming an academic. My research interests include wrongful convictions, severe sentences (including the death penalty and life without parole), and hate crimes. I teach a wide-range of courses including Wrongful Convictions, Criminal Law and Procedure, Death Penalty Perspectives, and Hate Crimes. I received the University Distinguished Teacher award in 2015. I write for the Huffington Post and the Wrongful Convictions Blog, and have appeared as a commentator on local and national television and radio.
All Posts

With your help, we can do even more important stories like this one.
Support the MFP
PrevPreviousJudge Orders Independent Inspection of Cleveland Apartments After Deaths, Warnings
NextHattiesburg ACA Call Center Workers To Strike As Open Enrollment BeginsNext