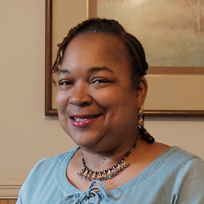 New political boundaries should be Mississippians’ new “bread and butter” as we approach a crucial time where residents’ voices could make a difference.

The three organizations are inviting fellow Mississippians to the table.

Redistricting, also known as reapportionment, is the process of redrawing the political boundaries for state, county and municipal elections. New ward and district maps are redrawn after the 10-year census to align population shifts. New maps must reapportion the population growth or decline, as well as remain compact and adhere to the “One Person, One Vote” principle.

The districts for the state and congressional level have concluded, and they came into effect earlier this year, but county- and municipal-level maps are still being finalized. Learning about the issue now can help us band together to effect more change for the better come the next redistricting cycle.

Historically, Mississippi’s reapportionment maps have favored the interests of the white majority. Not much has changed. Today, political maps favor one of the two key political parties over the other. One is “red.” One is ”blue.”

As a number of historians would attest, many of today’s Republican Party members tout ideals reminiscent of the Democratic Party of generations past—in a similar vein as how present-day Democrats align themselves with certain values that those who called themselves Republicans boasted at one point. Political rhetoric and colors may change over time, but political power turns the economy, which equates to the very bread and butter families put on their kitchen tables and how those in power allocate state resources.

Redistricting is the center of political power and politics. Politics is a means to an end. Political districts should not dilute Black voting strength. It was merely 30 years ago that a community coalition consisting of the late Henry Kirksey, Southern Echo and the Mississippi NAACP drew alternate redistricting plans that produced 21 new districts, giving Black people better opportunities to gain seats in the Mississippi Legislature.

Mississippians and visitors pay taxes on goods and services such as potato chips, electronics, hotel stays, dining experiences and countless more. The slices of the pie available for poor and tBlack Mississippians have decreased. Considering the State will not be redrawing new lines again until after the 2030 Decennial Census, you better believe that fighting for fair districts and wards now is crucial.

The Republican-controlled Mississippi Legislature has inadequately funded the capital city of Jackson’s infrastructure woos. Last year, a lawsuit challenged the unsafe water and sewer system at the state prison. Every human deserves clean water. All taxpayers deserve funds to be allocated to sustain health and life.

State leaders criticize Jackson leaders’ stewardship over the city’s water-system billing flaws, but the State’s handling of the biggest historic welfare embezzlement rip-off scandal—one involving mother-and-son duo Nancy and Zachary New, who are white—is also an example of stewardship flaws. Text messages indicate that NFL athlete Brett Favre and former Gov. Phil Bryant may be linked to the scandal. This $24-million fraudulent scheme has effectively taken milk right out of the mouths of tens of thousands of poor families in Mississippi.

Today, Republicans have amassed a superpower in state politics. The party controls the House, the Senate and the gubernatorial seats. In the Magnolia State, Democrats are the underdogs. Republicans can pass state measures without any Democratic votes. Even though red state lawmakers control the majority, the blue underdogs have power in key counties and municipalities.

Importance of Getting Involved

During the most recent round of redistricting, the Mississippi Legislature held nine public hearings across the state. The first one was Aug. 5, 2021, at Meridian Community College. The next six hearings were at other community and state colleges. The last hearing was at the State Capitol in Jackson on Aug. 23, 2021.

As you may have heard or read, Mississippi Supreme Court districts have gone unchallenged since 1987—35 long years. This past spring, the ACLU and the Southern Poverty Law Center filed a lawsuit that challenges the supreme court districts. The suit claims the districts dilute Black voting strength and have prevented Black people from electing more candidates of choice to the State’s highest court. The suit is still ongoing.

“Redistricting is a valuable tool to increase community input about how they are represented politically and who they stand with as a political body,” Nsombi Lambright, executive director of One Voice, told me over email in July 2022.

“Redistricting results from the Decennial Census and is a component of accountable governance that is necessary for citizens to engage in while ensuring a democracy as stated by President Abraham Lincoln in the Gettysburg address (in 1863): ‘A government of the people, by the people, for the people, shall not perish from the Earth.’” Southern Echo Executive Director Rachel Mayes told me through email in July. “Talk to your local officials to understand the status of redistricting where you live; there’s still time to get involved.”

The Legislature adopted the state maps, but communities have a fighting chance at influencing the county and local redistricting rounds. Community groups are in the process of drawing alternative redistricting plans for local districts including city aldermen and members of city councils, school boards, county boards and other positions of influence.

Communities in Tunica, Lee, Quitman, Leake, Pike and Amite counties have presented alternative community maps to their boards of supervisors for consideration.

“Redistricting has just as much influence on who gets elected as voting,” Charles Taylor, interim executive director of the Mississippi State Conference NAACP, told me via email on July 6, 2022. “Gerrymandering is one of the most dangerous forms of voter suppression. We must continue to fight for fair maps on all levels.”

Come one, come all. I encourage those who care about accurate and fair representation to get involved. Let’s push the redistricting pen with alternative plans in every county and every municipality. The pen is powerful. Let’s use it.

“All politics are local, and we are currently organizing communities to fight for fair maps and representation by engaging in the redistricting process at the county and municipal levels,” Brenda Hyde, deputy director of Southern Echo, wrote to me in an email dated July 6, 2022. “It is not too late to join the fight for fair maps in Mississippi.”

This MFP Voices essay does not necessarily represent the views of the Mississippi Free Press, its staff or board members. To submit an essay for the MFP Voices section, send up to 1,200 words and sources fact-checking the included information to [email protected]. We welcome a wide variety of viewpoints.

Meredith Coleman McGee, the niece of civil-rights activist James Meredith and owner of the Mississippi-based publishing company Meredith Etc, has written 11 books and more than 50 published newspaper articles. She lives in Jackson, Miss., and holds degrees from the University of West Florida and Antioch University McGregor. McGee chairs Community Library Mississippi, organizes the Jackson Book Festival’s poetry contests and is affiliated with the Sankofa Reading Group, the Learning Tree Book Club, the Book Toasters and the Rural Development Leadership Network.
All Posts

With your help, we can do even more important stories like this one.
Support the MFP
PrevPreviousRebuilding Community in Meridian: Team TNT Promotions Organizes SummerFest Every August
NextJackson Water Crisis Creates Distrust, Disrupts Learning, Teacher Association WarnsNext