Confidence In The Supreme Court Is Declining—But Solutions Are Difficult 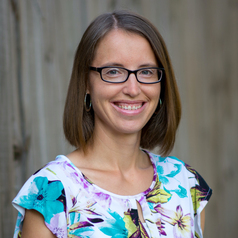 Fair and impartial judges are essential to the health and legitimacy of the judicial system and are a critical component of the system of government established in the U.S. Constitution.

In the past, both liberal and conservative justices’ actions have raised questions about ethical standards for the court. Justice Stephen Breyer’s wife owned personal stock in a company involved in a Supreme Court case, for example, and former Justice Antonin Scalia went duck hunting with then-Vice President Dick Cheney in 2003 when the court was considering a case focused on Cheney.

Legal scholars and pundits have debated whether given justices should have voluntarily removed themselves from particular cases given potential conflicts of interest.

As a Supreme Court scholar, I think it is important to recognize that there is no formal code of conduct guiding the work of the Supreme Court, which contributes to a lack of clarity regarding the ethical boundaries for justices.

A Code Of Ethics For Some Judges, Not All

Unlike Supreme Court justices, other federal judges follow a code of conduct developed by the Judicial Conference, a government policymaking group for lower federal courts.

The code outlines ethical principles for judges, saying that they should remain independent and abstain from political activity, like giving money to a political candidate.

The code also has a process for reviewing if and when judges should not participate in a case because of a conflict of interest.

But the Judicial Conference does not have any authority over the Supreme Court.

A federal law applying to both Supreme Court justices and lower court judges does say that judges should remove themselves from a case when their “impartiality might reasonably be questioned.” This process is known as recusal.

While this law applies to Supreme Court justices, it does not cover other areas, such as political activity, that are part of the code of conduct for lower court judges.

It is also difficult to enforce this law with Supreme Court justices, since there is no higher judicial body in the country that can review the justices’ actions. Congress could pursue impeachment of a justice for violating this law. But, as is the case for other government officials, if the House of Representatives votes to impeach a justice, removal from office still requires a two-thirds Senate vote—a very tall order.

The U.S. Supreme Court was designed to operate differently from the legislative and the executive branches.

Presidents appoint Supreme Court justices to lifetime positions, making it possible for them to make decisions independent of politics and the pressure of elections—even if those decisions are at times unpopular.

The U.S. Constitution’s writers developed some important constraints on the court that were intended to balance out this lack of public accountability.

For example, the country’s founders noted that the judiciary must rely on Congress for funding and lacks an army or other mechanisms for directly enforcing its own decisions.

Some scholars argue that because of this, the court strives not to stray too far from public opinion, because doing so could damage people’s respect for the court—and its authority.

If people do not think the court is legitimate, its decisions could be ignored or not fully carried out.

The Court’s Decline In Public Support

Several polls show that public support for the Supreme Court has been declining to historic lows, even before the court’s controversial ruling on abortion rights in June.

Several factors contribute to this decrease in esteem for the court.

There is a growing perception that partisan politics—rather than neutral legal analysis—is driving the court.

In September 2019, 50% of the public viewed the court as “moderate,” while only 21% reported this in July 2022. During that same time period, the percentage of those viewing the court as “very conservative” increased from 5% to 34%.

The Supreme Court’s June 2022 decision to overturn Roe v. Wade also contributed to the perception that it has become more political—in part because it represented a major policy shift. This is also connected to the fact that some justices made comments during their confirmation process that were interpreted as indicating that the constitutional right to an abortion was settled law—and then voted to undo this protection.

A Drying ‘Reservoir Of Goodwill’

Scholars have shown that the Supreme Court has a substantial “reservoir of goodwill” that has insulated the court from long-term effects of past controversial decisions, such as Bush v. Gore in 2000, when the court ruled in President George W. Bush’s favor regarding an election recount dispute.

Democratic lawmakers have called for Thomas to recuse himself from court cases that address the 2020 election or the Capitol insurrection on Jan. 6, 2021.

Thomas was the only justice who dissented from the Supreme Court’s early 2022 decision to refuse former President Donald Trump’s request to withhold documents from the U.S. House committee investigating the Capitol attacks.

“This is a textbook case for removing him, recusing him from these decisions,” said Minnesota Sen. Amy Klobuchar.

Thomas has not indicated whether he would recuse himself from future cases about this issue.

This position, combined with public opposition to the court’s abortion decision and low levels of overall public approval, suggests the court may be testing the limits of its “reservoir of goodwill.”

Eve Ringsmuth is an Associate Professor of Political Science at Oklahoma State University. She received a Ph.D in Political Science from the University of Minnesota and a BA from Washington University in St. Louis. Her research focuses on a wide range of topics related to law and courts, American political institutions and civic education. Ringsmuth co-authored the book, "It's Not Personal: Politics and Policy in Lower Court Confirmation Hearings," which examines how senators use lower court confirmation hearings to advocate preferred policies and increase their chance of re-election while also performing one of their core constitutional functions. Her research is published in American Politics Research, International Studies Quarterly, Judicature, Political Behavior, and Political Research Quarterly.
All Posts

With your help, we can do even more important stories like this one.
Support the MFP
PrevPreviousImmigrants See Gains After Petitioning City of Canton for Repairs, But Need More Help
NextMonkeypox Post-Exposure Vaccine Available, But Supply LimitedNext