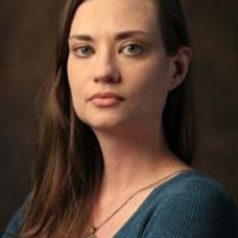 It’s not quite clear what, exactly, former President Donald Trump was doing and privately saying inside the White House during the five long, violent hours when more than 2,000 rioters invaded the U.S. Capitol building on Jan. 6, 2021.

It’s a key timeline that the House Select Committee to Investigate the January 6th Attack on the U.S. Capitol is set to explore on July 21, 2022 during its latest, and possibly last, public hearing.

At the heart of the issue is Trump’s precise engagement, if any, with the rioters and several fringe nationalist militia groups, including the Proud Boys, Three Percenters and Oath Keepers, that stormed the Capitol.

Amy Cooter, a senior lecturer in sociology at Vanderbilt University, embedded with militia groups, mostly in Michigan, from 2008 through 2012. Knowing who these groups are—and how they have changed over time—makes it easier to understand the Jan. 6 attacks, Cooter said.

“Fifteen years ago, people thought of these groups as being niche, crazy people. That’s not really what I saw in my fieldwork—I saw people who were just more willing to be open about their political perspectives than maybe more mainstream Republicans were at the time. It seemed to me, both then and now, that their concerns resonate with a broad swath of the population,” Cooter said in a recent interview.

We asked Cooter to explain what drives these groups and their complicated relationship with Trump and the government.

What is your understanding of how Trump is seen by these nationalist groups?

Traditionally, militia groups have been very opposed to the federal government, regardless of whether we’re talking about Democrats or Republicans. However, with Trump, they really found sort of a mouthpiece. Not all of them truly liked him, but they really want somebody who speaks out against immigration and has a nationalistic and isolationist perspective. Trump gave them a sense of legitimacy. But there didn’t seem to be too many formal connections, as far as we know.

How does leadership and hierarchy work within these groups?

Many of these groups present themselves as top-down organizations with centralized leadership and then different state-level structures. But the degree to which that is reality varies enormously, especially with the Three Percenters but also with the Oath Keepers.

There are groups that kind of fit the stereotypical top-down model that make it easy to activate them for action. There are other groups who maybe were completely oblivious to this Jan. 6 plan.

What do you mean by activate? That sounds similar to language Trump used during a presidential debate in September 2020, telling the Proud Boys to “stand back and stand by.”

Militias always see themselves as prepared for action. Usually, this means they’re prepared to defend themselves and their communities in the event of a natural disaster, or some kind of invasion. But as we saw leading up to Jan. 6, some of these groups were clearly planning more than just a defensive stance.

They get from Trump this idea that someone finally represents their interests, someone finally sees the state of the nation as they do, even though not all of them completely agree with him. They see it as an opportunity to push things in the direction that they would prefer.

I don’t think it’s much of an exaggeration to say that Trump sees an opportunity for a private army from them. In 2018, he pardoned the Bundy ranchers, who were arrested for arson on federal land. Not a lot of people paid attention to this, but that was a signal to these groups that he had their back and would expect them to have his back in the future.

I think that Jan. 6 is really kind of proof of that, that he has activated people who in some cases do have military or police experience.

How have you seen these groups evolve over time, since you began researching them?

Before Trump, there had been very clear-cut tensions between different groups. That boundary has broken down substantially, and most groups have been pushed more toward an extreme than used to be true—in no small part because of how Trump and others in his administration legitimized the core fears that different groups had about being invaded.

Since Jan. 6, the groups as a whole have declined in size. Many of these people were really surprised at how Jan. 6 played out and were quite embarrassed—or they were appalled that it didn’t go far enough.

Now, many people have taken a step back even from these groups altogether. But the folks that have stuck around continue to be quite radical, and probably even more radical than they were before. Especially thinking about what is going to happen with the midterm elections, we are going to see a lot of invigoration.

Amy Cooter is a senior lecturer in Sociology at Vanderbilt University. She aims to understand how masculinity and whiteness are intersecting, lived experiences that shape people's attitudes about nationalism and racial politics in contemporary US society. Cooter recently studied how Michigan Militia members understand themselves as a group that lauds an historical moment where white men had a monopoly of social power, but who see themselves as the last line of defense for American values of equality and justice.
All Posts

With your help, we can do even more important stories like this one.
Support the MFP
PrevPreviousA Letter From an 18-Year-Old Mississippian: My Life After Roe
NextWith Pink House Gone, Group Promotes Self-Managed Abortion—With CautionNext