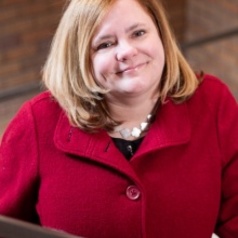 Abortion providers in places like Pennsylvania and California are seeing an uptick in abortion patients traveling from other states, where the procedure is now banned or restricted.

The cost of getting an abortion is rising for many of these patients, as people may need to travel farther to one of the 28 states, or to Washington, D.C., where abortion—at least for now—remains legal.

In the wake of the Supreme Court’s decision allowing states to decide whether and in what circumstances to legalize or ban abortions, abortion funds—charitable organizations that help people pay for abortion procedures, and sometimes other expenses like the travel and lodging they need to get an abortion—are facing new pressures.

Meanwhile, some abortion funds have closed over the last few weeks in states like Texas and Alabama, and new ones have opened up in states like Connecticut.

As a social work professor who studies access to reproductive health care, I think it’s important to understand that state abortion bans and restrictions will increase people’s need to travel out of state to get an abortion. This will prompt more people seeking help from abortion funds, which themselves are facing new kinds of legal and financial pressures.

Shortly after the draft Supreme Court opinion leaked in May 2022, foreshadowing the overturn of Roe v. Wade, donors gave US$1.5 million to abortion funds within a week.

When the actual ruling came down on June 24, the National Network of Abortion Funds, which reports having over 90 affiliate abortion fund members, received over $3 million from 33,000 new donors.

An increase in “rage-giving,” which refers to donations that are sparked by anger, has continued. But the jump in donations may not match people’s rising needs, abortion fund experts say.

Calls to abortion funds requesting help with out-of-state travel have skyrocketed in Texas since September 2021, after the state banned abortion beyond six weeks of pregnancy.

In response to the Dobbs ruling, abortion funds have been expecting a continued nationwide increase in requests for help.

This help is needed because an estimated 75% of abortion patients are poor or low-income, and research shows that out-of-pocket abortion expenses can make up about one-third of an average patient’s monthly income.

But even with the new influx of cash, abortion funds’ financial capacities are limited.

The National Network of Abortion Funds reports that its member organizations helped almost 82,000 people cover abortion expenses during the 2019-2020 fiscal year. But that was only one-third of the almost 230,000 people who requested money. Each person they helped received an average of $215.

One reason there is a gap between demand and availability is the high cost of an abortion. First-trimester surgical abortions range from $455 to $955. While some private health insurance companies cover abortion costs, most insurances, including Medicaid in most states, will not pay for it.

My colleagues and I studied cases, representing the years 2010 through 2015, of patients who got help from one national abortion fund that prioritized serving people who were close to the gestational limit on when they could get an abortion. We found that the average procedural cost for these patients was over $2,200.

In the study, the abortion fund was able to give these patients an average of almost $260 to help with the cost of the abortion procedure.

Patients in the same study also received almost $800, on average, in help from other sources, such as family, friends or other abortion funds. Even with this extra help, though, patients were still about $600 short of the procedure’s cost.

When patients have to scrape together money for abortions, the procedure is often delayed, resulting in cost increases because an abortion becomes more medically complicated and expensive later in pregnancy.

Our research on two different state and national abortion funds found that these organizations most often assisted parents in their 20s, who were already parenting an average of two children. Over 50% of people who received money from these abortion funds identified as Black, while about 25% identified as white.

People in rural areas may especially need to seek help from abortion funds, since they often have to travel farther from home to get the procedure. Interviews I conducted with Appalachian residents in 2019 revealed that people in the rural region had difficulty getting reproductive health care, including contraception or abortion, because of problems such as few regional health care providers.

As less than half of states ban or plan to place new restrictions on abortion, staffers in abortion funds in places like in Texas may fear their work could result in jail time, because it is currently unclear whether it is a crime to help Texans pay for an abortion performed out of state.

Texas had an existing law triggering a near complete abortion ban 30 days after Roe is overturned, which will also allow citizens to sue anyone who helps someone get an abortion. As of now, Texas clinics have stopped providing abortions.

Texas reverted to another pre-Roe law that penalized abortion with a five-year prison term. For now, the Texas Supreme Court has said this law can go back into effect.

However, some experts have voiced concern that abortion fund employees or volunteers both in and outside of Texas could face criminal penalties for “aiding and abetting” abortion seekers as new state abortion bans are implemented.

Legal experts say that states cannot stop residents from traveling out of state to get an abortion—although lawmakers in Missouri did propose legislation earlier this year that tried to do just that.

The murky legal landscape is not expected to stop abortion funds from helping patients pay for abortions. But it can scare or confuse people who want abortions and create uncertainty as they try to figure out where to go for help.

Gretchen E. Ely is a professor and Director of the PhD Program at the University of Tennessee, Knoxville, College of Social Work, and a faculty affiliate in the UTK Women, Gender & Sexuality Studies Program. Professor Ely was previously on the faculty in the School of Social Work at the University at Buffalo, where she served as a professor and the Associate Dean for Academic Affairs. Her scholarly interests include: contraception and abortion, access to reproductive health and preventive cancer care for vulnerable populations, trauma-informed reproductive healthcare, partner violence, and rural and Appalachian populations. She is widely published in peer-reviewed social work and interdisciplinary health journals, and her macro social work teaching experience, primarily at the graduate level, includes course delivery in online, hybrid, and face-to-face modalities. Dr. Ely's scholarship and expertise has been featured in popular media, including by PBS Frontline and USA Today, and externally supported by scientific foundations and community based partners, including the Society for Family Planning (SFP). She is also a full fellow in the Society of Family Planning and the National Academies of Practice.
All Posts

With your help, we can do even more important stories like this one.
Support the MFP
PrevPreviousPoll: Most Mississippi Voters Oppose Dobbs Ruling, Want Some Abortion Access
NextRep. Bennie Thompson Has COVID-19, January 6th Hearings ContinuingNext