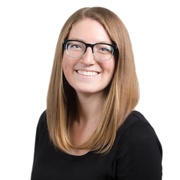 Some governors and attorneys general are rushing to establish protections for people with debt, trying to ensure they can use their stimulus checks on essentials like food, housing, and medicine.

As checks and direct deposits from the federal stimulus package begin arriving in mailboxes and bank accounts, experts are warning the one in three Americans with debts in collection that their money could be seized. The CARES Act, which authorized $1,200 payments to individual Americans making less than $75,000 and couples earning less than $150,000, lacks the protections afforded to similar federal payments like Social Security checks that prevents that money from being seized by debt collectors.

Reports abound of debt collectors seizing on the payments, particularly in cases where a court has already ruled in their favor. But leaders in some states are intervening to ensure that the coronavirus relief checks—which are protected under the CARES Act from collection for things like tax liabilities owed to governments—are also safe from private debt collectors, like payday lenders and private holders of student debt.

On Friday, Oregon Gov. Kate Brown signed an executive order barring private debt collectors from accessing stimulus money. “Many Oregonians, through no fault of their own, are struggling to pay their bills, their rent, or even buy essentials like groceries and prescription drugs,” Brown said in a statement. “These recovery checks were meant to provide relief, not reward debt collection agencies for preying on Oregonians who have lost their livelihoods due to the COVID-19 pandemic.”

Brown’s order is one of a patchwork of state and local actions taken to protect stimulus cash. The governors of Illinois and Washington issued similar executive orders. In Indiana, the state Supreme Court ruled that local courts cannot allow new garnishment orders on CARES Act payments, and ruled that people with existing debt are entitled to an urgent hearing to determine if their stimulus payment should be exempt from collections. In Washington, D.C., the city council passed a measure that severely curtails debt collection practices, a provision that extends 60 days past the end of the pandemic.

In Ohio, state Attorney General Dave Yost last week alerted all creditors and financial institutions that stimulus checks were protected from collections under state law. That action may be one of the most effective for keeping stimulus checks in people’s hands, said Lisa Stifler, the director of state policy at the Center for Responsible Lending. “That is a really effective way of saying, ‘We’re watching you,’” she said.

But in Massachusetts, state Attorney General Maura Healey has faced pushback from the debt collection industry over a similar action. The Association of Credit and Collection Professionals sued Massachusetts and asked for a temporary restraining order on the policy, arguing that it “exposes [ACA] members—including those who may be unaware of [the policy] due to the lack of a notice and comment opportunity—to the potential of liability and sanctions … threatens to label ACA’s members as unlawful unfair and deceptive actors, and infringes upon ACA members’ constitutional rights, all without sufficient notice before ACA’s members are deprived of their good names, reputations, honor, standing, and associations in the community.”

Both Healey and Yost signed onto a letter sent by a group of 25 attorneys general to U.S. Treasury Secretary Steve Mnuchin on April 13, urging him to take steps to ensure that stimulus checks would not be subject to garnishment by creditors or debt collectors. “Unfortunately, in what appears to be a legislative oversight, the CARES Act does not explicitly designate these emergency stimulus payments as exempt from garnishment, as similar government payments (such as Social Security, disability and veterans’ benefits) are,” the letter reads. “As a result, there is a risk that stimulus payments may be garnished by creditors or debt collectors, which would undermine the purpose of the CARES Act, legislation Treasury has praised as ‘the largest economic relief package in history for hardworking Americans and businesses.’”

The AGs urged the Treasury to take action on the issue, citing a provision in the CARES Act that allows Mnuchin to set how stimulus checks are regulated.

On Monday, The Washington Post reported that the Treasury Department had begun to review whether it has the legal authority to prevent private debt collectors from accessing stimulus checks. Some Treasury officials told reporters that they believe Congress would have to pass legislation to give the federal agency that authority, despite the state AGs’ assertion that Mnuchin already has that power.

Other groups have written to Congress instead, urging lawmakers to amend the CARES Act so that banks wouldn’t be forced to seize stimulus checks to fulfill court-required garnishment orders. A coalition of financial industry leaders wrote to Congress on April 16, explaining that banks are dealing with existing court orders for wage garnishment. “Banks are obligated to treat [stimulus checks] accordingly, which will impose a significant burden for some families facing unprecedented circumstances,” said a letter signed by the American Bankers Association, Bank Policy Institute, Consumer Bankers Association and more. “We believe it is imperative that Congress make it clear that these payments are treated as benefits subject to the federal exemption from garnishment.”

Separate from the issue of court-ordered garnishment, several large banks, including Wells Fargo, Bank of America, Citigroup, and Chase, have also instituted policies to pause collections on overdrawn accounts. That measure was taken after some federal lawmakers urged banks to “publicly commit that they will not offset their customers’ stimulus payments to pay for any fees, charges, or allegedly past due debts.”

At this point, banks can’t do much more other than promising to not use the payments to offset debts held by the bank, like loans and mortgages, Stifler said. Private debt collectors who are able to take money straight from a bank account typically have a judgment from state court, which banks have to comply with. “That’s why the Treasury or Congress has to step in for this to change,” Stifler said. “It’s a common sense idea. These are payments meant to put food on people’s tables, pay rent, and, as the name ‘stimulus’ suggests, inject some money into the economy. To see them go towards old debt goes against that purpose.”

Emma Coleman is the assistant editor at Route Fifty. Prior to joining Route Fifty, Emma was the senior communications manager and a policy fellow for New America’s Public Interest Technology initiative, where her research focused on data improvements to the reentry process for people returning to D.C. after incarceration.
All Posts

With your help, we can do even more important stories like this one.
Support the MFP
PrevPreviousJackson Mayor’s Open Carry Ban ‘Exploited’ Pandemic, Bipartisan Critics Say
NextMississippi Legislators Vote to Strip Governor’s Power Over COVID-19 FundsNext