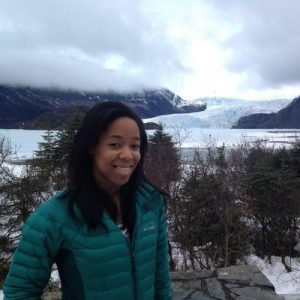 Street outreach workers are doubling as messengers on avoiding infection.

But the outbreak hasn’t stopped everyone. Nearly 200 street outreach workers continue to patrol the city’s streets in an effort to prevent the next shooting. These workers now assume a dual public health role: helping communities avert gun violence while simultaneously informing residents about the outbreak. “When we give them the option to work from home, they want to be out [on the street],” said Adrienne Johnson, who heads violence prevention efforts for UCAN, a youth-focused social services organization that employs more than a dozen outreach workers in the North Lawndale and Roseland neighborhoods. “They’re looked at as a resource and knowledgeable in our community.”

Street outreach is an evidence-based approach to violence reduction that involves deploying workers to “interrupt” shootings before they happen. It’s a full-time job that involves constant face-to-face interaction —  even if it’s now at six feet — to build relationships with the public. Workers spend hours each day out in their communities, and often live in the neighborhoods they serve. It’s essential that they stay on top of what’s happening, prevention groups say, so they can help mediate conflicts between rival gangs or cliques before they escalate.

As of Tuesday afternoon, Illinois had more than 160 confirmed cases of the coronavirus, according to the Illinois Department of Public Health. The majority are in Cook County, which includes Chicago.

The outbreak comes at a time when the city is seeing an increase in shootings. The Chicago Police Department has recorded more than 340 shootings so far this year, compared to 263 during the same timeframe last year.

Outreach workers are now taking on the task of educating people about COVID-19, as well. City officials met with some of Chicago’s largest prevention groups Monday and discussed how workers can help spread facts about the coronavirus, according to a spokesperson from the Mayor’s Office. The city also created a one-pager for outreach workers to hand out that includes information about the virus and guidelines from the city’s Health Department.

“To the extent that we are the sort of conduits to vulnerable neighborhoods, it makes sense for us to sort of disseminate that information because it’s an important public service,” said Vaughn Bryant, who leads Communities Partnering 4 Peace, a gun violence prevention collaborative that partners with 15 outreach organizations across the city.

Outreach workers in Chicago are being encouraged to practice social distancing in the field and to avoid shaking hands.

“While we may not be making home visits or in close proximity to people in the same normal way that we may operate,” Bryant said, “we still feel like we need to touch base with people who are already engaged and continue to engage with people who have conflicts going on, because those conflicts don’t go away when there’s a virus.”

Bilaal Evans sees the importance of outreach workers’ new public health mission firsthand. He manages a small team for IMAN, a community-based organization that works primarily in Englewood, where he spends about four hours each day walking the streets.

Evans worries that some people in his community don’t understand why shoppers are stocking up on groceries and supplies. Others have told him they believe that black people are immune to the virus. He says it shocks and scares people when his team corrects them. Despite a near citywide lockdown, Evans has observed residents still attending parties, gatherings, and funerals.

“Unfortunately, because of the way African-American communities, and poor, disadvantaged communities have been misinformed about this [virus], it may get a little worse before it gets better,” Evans said.

Teny Gross is the executive director of the Institute for Nonviolence Chicago, which employs about 40 street outreach workers who focus their efforts in the Austin, West Garfield Park, and Back of the Yards neighborhoods. “Outreach workers continue to go out and interact with young people,” he said, though they are also maintaining safe distances, and using hand sanitizer and gloves, as appropriate.

“The regular information by the authorities doesn’t necessarily trickle down to people on the street, so we need to enforce that and we need to be messengers of public health,” Gross said.

Gross said people in the city’s most vulnerable communities may be most at-risk for underestimating the outbreak.

“When people have to think about survival everyday, [they think], ‘I’ll think about that moment when it comes,” he said. “But, at the moment, I’m just trying to survive.”

This story was produced on March 17, 2020 by The Trace, an independent, nonpartisan, nonprofit newsroom dedicated to shining a light on America’s gun violence crisis.

Lakeidra Chavis is a reporter for The Trace in Chicago, where most of her work focuses on the city's gun violence prevention efforts. Prior to coming to The Trace, she reported for ProPublica Illinois and Chicago Public Media (WBEZ).
All Posts

With your help, we can do even more important stories like this one.
Support the MFP
PrevPreviousHalt Mississippi Evictions, or Face ‘Unprecedented Rise’ in Homelessness, Filing Warns
NextJackson Mayor’s Open Carry Ban ‘Exploited’ Pandemic, Bipartisan Critics SayNext