How To Reach Students Without Internet Access At Home? Schools Get Creative 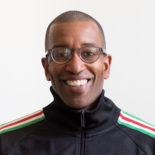 As the coronavirus crisis shines a harsh light on the digital divide, districts must rely on offline methods of communication and instruction to reach students without internet access at home.

A child works on her homework after school in Brooklyn, New York. The digital divide has spurred low-tech solutions to the distance learning schools are attempting to provide to 55.1 million children as a result of mass school closures during the global coronavirus pandemic.

On the Friday before spring break at Meigs Middle School, special education teacher Matt Coe was busy preparing new lessons for his students now that schools were set to close due to the coronavirus crisis. But while many districts around the country have moved to remote learning platforms like Google Classroom, Coe was using the school’s copy machine to put together printed packets for his students to take home. In this rural Tennessee county of just 12,000 residents, online learning simply isn’t an option for most families.

“A lot of our kids don’t have internet access,” said Coe, who knows students who routinely head to the library or the town’s McDonald’s to get online.

The Federal Communications Commission estimates that about 21 million Americans lack broadband access, with an independent research group indicating the actual number is twice as high. As the coronavirus crisis forces schools across the country to grapple with the challenges of providing remote learning, many schools and districts have had to get creative with low-tech forms of instruction and delivery that don’t require internet connections or digital devices.

In Arkansas, where 23 percent of households lack internet service, and schools will be shut for the remainder of the school year, the local PBS affiliate is now providing daily television programming tied to the state’s distance learning curriculum. They got the idea from a similar arrangement that the Los Angeles Unified School District made with its own local PBS stations back in mid-March.

“We saw what California was doing,” said Arkansas PBS executive director Courtney Pledger. “We wanted to localize it even more by bringing in actual teachers to address the kids.”

The result is five hours of weekday programming for pre-K to eighth-grade students, available to any household with a TV, hosted by a roster of Arkansas educators, all former state teachers of the year. Recording remotely from their homes or empty classrooms, the teachers introduce each episode of PBS content by welcoming students to “class,” sharing how excited they are to meet everyone and talking briefly about the upcoming show; a recent lineup included “Peg + Cat,” a math program aimed at elementary-age kids, “Odd Squad,” which focuses on problem-solving and teamwork, and a “Nature” episode on the biomechanics of hummingbirds. At the end of each episode, the teachers came back to talk about some of the lessons and topics explored. Pledger added that the state’s education department approved all of the broadcast content and that the benefit goes beyond academics.

“Community engagement is a big element that kids are missing during this time, so to have an actual face of a teacher on the TV seemed like a good idea,” she said.

In addition to showcasing real Arkansas teachers, the programming incorporates some interactive elements to keep kids engaged. One popular feature is a weekly vocabulary bingo game, with students on the lookout for specific words highlighted during the broadcasts. Students who collect all of their words for the week receive shoutouts or other tokens of recognition from their individual schools.

“I’ve gotten texts and emails from families saying, ‘Hey, we’re watching this morning. Thanks for doing this,’” said math teacher Joel Lookadoo, one of the hosts. “That’s really cool to know that you’re having a positive impact. It’s a great way to start the day.”

“We are heartbroken that we can’t be with our students right now,” added Courtney Cochran, another host, and an Arkansas teacher for 11 years. Being on TV for them “just brings back that little bit of that connection since we can’t be there physically.”

Cochran, now a high school principal, is able to film her segments for grades three to five in her school’s now-empty art room. “We are a small rural school with only 270 students. And they are bursting at the seams with pride over seeing their classroom on TV, even though this [pre-K to eighth grade] programming isn’t even for them.”

The state contracts with a separate vendor for its high school distance learning program, which does not provide a TV option.

Over-the-air educational programming is also being made available through Boston’s PBS affiliate, WGBH, which has devoted weekday afternoon broadcast hours on its WORLD television channel to science and social studies-themed shows aimed at middle school and high school students. As with the Arkansas effort, the schedule draws from existing PBS programming, and includes long-running series like “Nature” and “American Experience.” The channel is available to more than 170 PBS affiliates nationwide.

“For students who don’t have online access, we’re happy to be able to provide this,” said Seeta Pai, executive director of education at WGBH. In Massachusetts, she said, more than half of the households watching the WORLD channel during the first week of educational programming were those with incomes of less than $25,000 a year, a group far less likely to have reliable internet access.

In an effort to minimize screen time now that students are home all day, Rhode Island state education officials are promoting reading for leisure, with an at-home challenge for students to spend 20-60 minutes every day reading a book. Several public libraries in the state are providing curbside delivery of books to support the initiative, with many schools and districts offering a free book pick-up service with the help of local literacy advocacy groups.

In South Dakota, the Aberdeen School District has put physical drop boxes at school entrances so that students who are receiving their classwork via printed packets can hand in their homework. Texas’ Palestine Independent School District has partnered with the local paper to use unlocked newspaper vending machines as pickup stations for its instructional packets.

Recognizing how important it is for students to maintain a sense of structure amid the upheaval of school closings, the Council Bluffs Community School District in Iowa has distributed a suggested daily schedule to its roughly 9,000 students, with time blocked out for physical exercise and quiet time, as well as household chores.

Another low-tech resource schools are tapping? School buses. Drivers in many districts continue to travel their regular routes, delivering meals and homework at their stops.

This is especially true in rural areas where many families are unable to make the trip to designated pickup sites. Students rely on the food and paper packets delivered to their driveways in the small Mary M. Knight School District in Washington state, said the district’s sole principal, Michael Marstrom.

“There are kids that live miles down a dirt road, and that just gets them to a paved road. There’s no sidewalks here,” he said. “There’s just not as much infrastructure. We don’t have internet. We can’t do any of that online stuff.”

For rural communities that are committed to providing all of their students with options for digital learning, the transition is often a multistep process. At Lincoln Middle School in West Virginia, where principal Lori Scott estimates that students without internet access at home make up about a quarter of the school’s 458 kids, the district made its first set of instructional packets available at schools designated as meal distribution locations and also mailed some to students’ homes. Buoyed by a large turnout at these locations, the district now plans to deliver future packets electronically by expanding those schools’ Wi-Fi signals to cover their parking lots, allowing families to drive up and download the materials without having to leave their cars. To accommodate students without digital devices, the district has been making iPads available. For those not able to make the trip, school buses have been converted into mobile hot spots, and will be stationed in communities throughout the district, offering free broadband for those without internet service.

While these efforts are important and meaningful, everyone acknowledges that the learning challenges facing students extend beyond simply receiving educational materials, whether they come on paper, over the airwaves or in gigabytes.

“There’s a lot more distractions when kids are at home than when they’re sitting in a classroom,” said John Windhausen, executive director of the Schools, Health and Libraries Broadband Coalition, an advocacy group for wider internet access. “Many of them may not have a quiet area at home where they can concentrate.”

“We are heartbroken that we can’t be with our students right now.” – Courtney Cochran, high school principal, Arkansas

A large part of students’ social and emotional learning occurs through the many personal interactions that occur in the school building, including with their teachers, who can be some of the most reliable adults in many students’ lives. Teachers also keep track of where students are academically and anticipate what they will need next to continue to succeed, a skill even the most attentive parents may not have.

For children with special needs, the problem is even more acute. Parents across the country are grappling with how to duplicate, on their own, the specialized care their children were receiving in school from trained specialists and therapists. Many parents lack the time and expertise to continue this work. It’s something Coe, the special education teacher from rural Tennessee, was conscious of when assembling work materials for his students.

“It was kind of a challenge to put those packets together with work that I felt my students could do, because we weren’t going to be there to modify it for them,” Coe said. Because of the wide range of needs in his class, no two student packets were identical. In his math lessons, some students are just learning how to read a menu and find the prices. Others can easily calculate the taxes and a tip.

Coe knows that districts, schools and teachers are all doing their best, but worries about his students’ progress, both academically and emotionally. All he can do, he said, is try to provide whatever semblance of continuity he can.

“For the most part, we’re just trying to survive,” he said.

This story about students without internet access at home was produced by The Hechinger Report, a nonprofit, independent news organization focused on inequality and innovation in education. Sign up for the Hechinger newsletter.

Amadou Diallo is a journalist, playwright and photographer whose writing has appeared in The New York Times, Wirecutter, The Atlantic, Al Jazeera America and The Christian Science Monitor. He has been a regular contributor to The Hechinger Report since 2017.
All Posts

With your help, we can do even more important stories like this one.
Support the MFP
PrevPrevious‘A Great Injustice’: Mississippi Suing China for COVID-19 ‘Cover-Up’
Next‘It’s a Dimmer’: Governor Relaxes Orders as Mississippi Sees 280 New CasesNext