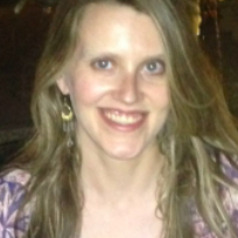 On Thursday, June 9, the House Select Committee to Investigate the January 6 Attack on the United States Capitol holds the first of several public hearings.

The committee aims to lay out the results of months of investigative work into the involvement of President Donald Trump and his political allies in the 2021 insurrection and other attempts to overturn the results of the 2020 presidential election.

Committee members and staff reviewed more than 125,000 documents and conducted more than 1,000 interviews and depositions with key witnesses, including high-profile Trump allies.

Blockbuster hearings are fascinating and even fun; they dominate the political and cultural conversation and prompt movie stars to show up in “Saturday Night Live” cold opens. But what do they actually accomplish?

I am a scholar of Congressional oversight and, in 2019, spent a year working on the Democratic majority staff of the House Committee on Oversight and Reform. The question I field most often from curious students and peers is a simple one: What do these hearings do?

Culmination Of The Process

While the committee’s public hearings will reveal new information about the insurrection to the American public, it is far less likely that the committee itself will learn something new.

The committee has not yet provided a list of witnesses, but former Vice President Mike Pence’s chief of staff Marc Short, conservative lawyer and former Pence adviser J. Michael Luttig and former Acting Attorney General Jeffrey Rosen are likely to appear. Recorded testimony of Ivanka Trump and Jared Kushner may be showcased.

High-profile hearings tend to be choreographed affairs, presenting a tightly woven narrative to the public. By now, most of the investigative work has already been done, and public hearings are best viewed as the culmination of the process.

This is not to say that public hearings are substantively unimportant. The upcoming hearings will outline, in detail, what happened in the weeks after the 2020 election and on the day of the attack. They will show the public “how one thing led to another, how one line of effort to overturn the election led to another and ultimately led to terrible violence,” as committee member Adam Schiff, a California Democrat, put it on June 5, 2022.

Official documents and witness testimony presented at committee hearings are compiled and maintained by the House and Senate. Committees publish most transcripts of public hearings. This public record serves as an important baseline and cache of information for future investigators, both inside and outside of Congress, and ensures that any member of the public has easy access to the most significant evidence.

More broadly, public hearings establish a shared foundation of facts that can inform short- and long-term debates – around the dinner table, in the media, in Congress and among scholars—over how major events should be interpreted.

Hearings also serve as a kind of preemptive justification for specific legal and legislative actions that may follow the investigation. For example, if the committee does end up recommending criminal charges against Trump and his allies, the hearings have already explained the legitimacy of these charges to the public. If the committee makes legislative recommendations to reform elections, the public will have a better idea of why these changes are necessary.

The big question is whether these hearings will convince anybody of anything.

Political scientist Paul Light has said that the most effective investigative hearings are the ones that focus on careful, thorough and objective fact-finding rather than “bright lights, perp walks and brutal questioning.”

The reality is that hearings also provide members of Congress valuable opportunities to build their own “brands” by staking out clear positions on controversial issues, often by using dramatic and overwrought language. These “presentational styles” affect constituents’ views about how well they are being represented.

Members recognize this dynamic themselves: In 2019, Rep. Thomas Massie, Republican of Kentucky, referred to the House Oversight Committee on which he served as the “theater committee,” and maintained that “you could make a grandma feel bad about making cookies for her grandkids if she’s sitting in front of you.”

Political science research has also established that investigative hearings are very useful weapons in the partisan wars: Inquiries targeting the president and the executive branch can significantly diminish the president’s public approval.

Thus, members on an investigative committee often find themselves facing contradictory options: They want the committee’s work to appear legitimate to the American people, but they also don’t want to pass up opportunities to burnish their own reputations and go viral on social media.

The Jan. 6th committee appears to have opted for a just-the-facts-ma’am approach to the public hearings. Committee lawyers will do the bulk of the witness questioning, deliberately making the witnesses’ information the focus rather than the personalities and rhetoric of the committee members.

Committee members’ personalities will likely not play as big a role here as they ordinarily would. That’s especially important to the current panel’s credibility, considering its origins.

In May 2021, the Senate killed legislation to establish an independent commission to investigate the attacks that would have been modeled on the 9/11 Commission. The House instead established a select committee, with the support of only two Republicans.

Select committees are established by Congress to investigate a specific issue and exist for a finite time period. Both Democrats and Republicans ordinarily serve on select committees, each appointed by their respective party leaders.

However, in an unprecedented move, Democratic Speaker Nancy Pelosi vetoed two of Republican leader Kevin McCarthy’s picks, Trump allies Jim Jordan of Ohio and Jim Banks of Indiana, arguing that their participation would jeopardize the “integrity of the investigation.” McCarthy responded by refusing to appoint any Republicans to the panel.

Two Republicans, Wyoming Rep. Liz Cheney and Illinois Rep. Adam Kinzinger, agreed to serve as Pelosi appointees on the nine-member committee. Pelosi’s decision delegitimized the committee’s work in the eyes of Republican stalwarts. But the Democratic speaker’s appointment of these two Republicans also made it possible for all members of the committee to work together collaboratively. Pelosi chose actual bipartisanship against the mere appearance of it.

And she may not even have had to sacrifice appearance: A staunch conservative like Liz Cheney and an outspoken progressive like Adam Schiff working alongside one another, I believe, presents a compelling picture of bipartisan cooperation to the larger swath of the public that doesn’t pay close attention to politics.

It is no accident that Cheney was made vice-chair of the committee and regularly appears alongside Democratic chairman Bennie Thompson of Mississippi at press conferences and committee meetings. There is broad public support for the Jan. 6th investigation even as public attention to the attacks themselves has begun to wane.

Pelosi may have gambled that having prominent and outspoken Trump allies on the committee would do more harm than good, since there is some evidence to suggest that negative partisan attacks can diminish overall political engagement among the public. Public reception of the hearings will demonstrate whether Pelosi’s gambit paid off.

Claire Leavitt is a visiting Assistant Professor in the Departments of Political Science and Policy Studies at Grinnell College. In the fall of 2022, she will join the faculty of Smith College in Northampton, Mass., as an Assistant Professor of Government. Leavitt received a Ph.D in Government from Cornell University in 2021. Her research interests include legislative institutions; Congressional oversight and investigations; partisan polarization and gridlock in federal and state legislatures; political networks (among legislators, legislative staff and interest groups); federalism; and the role of gender in legislative behavior. Leavitt spent the 2019 calendar year in Washington, D.C. working for the majority staff of the House Committee on Oversight and Reform as the Project on Government Oversight’s (POGO) 2019 Congressional Oversight Fellow.
All Posts

With your help, we can do even more important stories like this one.
Support the MFP
PrevPreviousVoters To Select Congressional Candidates in Party Primaries
NextDianne Black Wins Democratic Nod in 1st Congressional District, Making HistoryNext