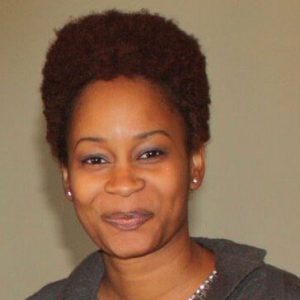 In civic circles around town, I’m known as the Lead Organizer with Working Together Jackson. The perspective of this piece, however, is solely my own and in no way represents the views of the organization.

While I sympathize with some of the reasoning for this decision, I think the Board got it wrong here.

If you know me or the work I do, you know that I’m very much pro-public schools. Through my organizing over the past several years, I’ve been part of efforts to push back against legislative voucher and funding-formula schemes. We’ve worked with JPS to support students in various ways over time. Additionally, my own son attended public school from kindergarten through 4th grade.

Then, in the summer of 2021, we moved into the Fondren North neighborhood and searched for a new school. The original plan was for him to attend Bailey APAC (if accepted), but Bailey was moving to Northwest Jackson IB Middle School due to renovations. The thought of sending my child, who would already be dealing with the disruption of a move, to a school that was itself in the midst of a disruptive move, was not appealing. Knowing my child’s personality, his strengths and challenges, we took Bailey off the table.

Since private school is not an option for us, we were left to choose between Chastain Middle School and Midtown Public Charter School.

Unfortunately, I wasn’t able to engage anyone at Chastain. By contrast, when I contacted Midtown, I was warmly greeted and offered a tour with principal Kevin Parkinson. He understood my hesitation concerning the school’s status as a charter school and told me the story of its founding. In 2015, parents in the Midtown neighborhood asked Midtown Partners—a local social-service agency that has served the neighborhood since 1993—to open a middle school to meet their needs.

Principal Parkinson was also honest about the school’s lower ratings, and he explained how Midtown was working to improve. While I was satisfied with everything he said, it was my experience of the campus that sealed the deal. The school grounds were orderly and encouraged community. The students and teachers were friendly and engaging.

We made the decision to enroll there. I’m glad we did because my son is thriving now in ways he never has before.

I also immediately noticed the small campus, which on the one hand is good for my son. On the other hand, because of its size, Midtown lacks key facilities such as a gymnasium or auditorium. There are no extracurricular activities. I have seen kids shooting basketball on one portable basketball goal in the staff parking lot during recess.

Focus On Future of Jackson’s Children

Midtown has a well-designed main building, but most classes take place in trailer-like portables.  When I was asked to sign the petition for the lease of the now-closed Rowan Middle School, it was a no-brainer. I was disheartened to see the conversation about the lease request turn adversarial.

To be clear, as a Black woman with roots in Mississippi, I fully sympathize with those who lament the constant attack on traditional public schools and the sabotage of Black institutions in this state. I realize that in Mississippi, we worry that charter schools might provide a way to publicly fund de facto segregation academies. But that has not happened, and that’s certainly not what is happening here.

The bottom line is that Midtown Public Charter School— which serves almost all Black children from the community who typically matriculate into JPS high schools—requested to pay the JPS $80,000 per year to rent the Rowan Elementary school building that closed five years ago. The lease also would relieve JPS of the utility costs for the building which total roughly $115,000 per year. No one else has made such an offer or has announced an intent to do so.

While I’m generally proud of the progress JPS is making, I do believe this particular decision is a mistake. And it’s the type of mistake we see far too often in public life: a rigidity that renders us victims of our own best intentions. We tend to get so entrenched in our principles and tribes that we limit our ability to get things done. By failing to even take the matter to a vote, the Board passed up an arrangement that would have benefitted JPS, Midtown students and the blight-plagued Midtown neighborhood at large.

Instead of turning potential allies into adversaries, I suggest that we direct our fight appropriately, toward the architects and gatekeepers of a system that harms children by not fully funding traditional public schools. Those of us who care about the future of Jackson’s children should not be fighting one another over scraps—an abandoned school building.

We should be working together to change the system.

Chevon Chatman is the senior organizer for Working Together Jackson and Working Together Mississippi, a network of faith and civic organizations with a mission to strengthen the institutions by developing leaders and strategically finding solutions to the issues facing our community and state.
All Posts

With your help, we can do even more important stories like this one.
Support the MFP
PrevPrevious‘Happy to be Free’: ICE Releases Guatemalan Woman from Detention
Next‘Isolation’s Mark’: Pandemic’s Long-standing Effects on Mississippians’ Mental HealthNext