Carmigo Founder and CEO Andrew Warmath got the idea for starting his Tupelo-based company during the COVID-19 pandemic, when demand for used cars increased because of the virus’ impact on the economy and, especially, on vehicle manufacturing, with factories shutting down.

His business allows owners to sell their used cars to the highest bidder among various auto dealerships. “Right when the pandemic first started, everything just shut down,” he said in a March 15, 2022, Zoom interview. “Most (auto) retail (outlets) were shut down overnight, but a few weeks later, the faucet turned back on, and traditional supply for cars was shut off while demand exploded.”

“So dealerships were looking all over for different sources of inventory, and we were having trouble finding it,” he added. Barnes Crossing Auto Group, the company for which he worked the time as chief financial officer, experienced the same need.

Now with about 30 employees, most of them in Mississippi, a big part of Warmath’s focus is offering employment in the Magnolia State to combat brain drain, he says.

Do you think our journalism is essential?  Give today and support our work.

“I’m focused on creating opportunities that hopefully can attract some young people to stay in Mississippi or come to Mississippi,” Warmath said.

Warmath was listening to an earnings call for Carvana, an online auto retailer platform, when the company said they had a record quarter, and the leadership from Carvana cited their ability to source cars directly from individuals as being responsible for a considerable portion of that success

He wondered how his company could also source directly from individuals as a dealership but discovered that his options were limited to Facebook marketplace or Craigslist, “which was very time-consuming,” he added.

“And so we thought, ‘Hey, maybe we should just create this marketplace where we encourage individuals to come post their vehicles, and then dealerships can buy them from there,'” he said. “And then the fun part, like during this discovery phase, is we realized that we could have been solving a bigger problem on the individual seller side than we were on the dealership side.”

Warmath would later resign from Barnes Crossing Auto Group in 2020 to pursue that vision and launch Carmigo in January 2021 from Tupelo. The CEO said that, at the beginning, his business mainly consisted of cold-calling people to come and sell their cars using the Carmigo platform.

“We’re just really in the beginning, just making phone calls to people that we had seen that were wanting to sell a car through Facebook marketplace, or maybe they had it parked on the side of a road, just making cold calls, ‘Hey, I see that you’re trying to sell this car. Let me introduce you to this new concept. We have Carmigo.'”

They sold five cars in their first month. They now sell hundreds of vehicles every month,  Warmath said, turning over 1,500 vehicles in their first 14 months and generating more than $1 million in sales. Their coverage area stretches about 200 miles from Tupelo and extends to Jackson, Miss.; Little Rock, Ark.; Nashville, Tenn.; and Birmingham, Alabama.

As part of the leadership program, Warmath joined others to visit different parts of the state to meet with local business leaders and elected officials about their challenges.

He said that he could have established the company’s headquarters in Nashville, which boasts a population of 689,447, rather than in Tupelo, Miss, with a population of 38,300, but he chose to remain in Mississippi.

That decision is already bearing fruit.

“It’s great for the state of Mississippi that we have an opportunity like Carmigo to build here, and I tell you, I’ve had a lot of state officials reach out, elected officials, reach out and just offer support,” Warmath said. “I don’t think you’d get that kind of stuff if you’re in Nashville (where) you’re just another company in a bigger place like that.”

“But not just that. Mississippi does have a much smaller talent pool; however, there’s not a lot of other tech companies out there either,” he added. “So, you’re able to really attract some of the top talents that’s around here because it’s a pretty neat opportunity.”

Warmath attested that Carmigo offers a mix of competitiveness and convenience for those intending to sell their vehicles. “We’re an online vehicle marketplace that connects individuals to dealers in a one-day auction,” he told the Mississippi Free Press.

“Once they land on our website, it’s very simple: They give us some basic information about their vehicle, and then from there, we give them tools to take 13 photos of their vehicle—we’ve got some artificial intelligence that’s running in the background that’s building a full vehicle-condition report for that seller—and then we post on our marketplace,” Warmath explained. “And then from there, buyers (auto dealerships) start actively competing for it.”

Individual sellers can subsequently watch the bidding process in real-time and get notifications when bids come in. In the end, Carmigo handles documentation, transportation and money transfers.

“So from a seller’s standpoint, (it’s) very, very easy, very intuitive, and it’s quick,” he said, describing how Carmigo takes the convenience of selling straight to an auto retailer and adds a competitive model by facilitating a bidding process among auto dealerships.

On its website, Carmigo highlights its more than 300 five-star reviews.

Someone going by the name Mike M wrote on March 29 on Google Reviews about his experience with the company.

“This is the first online automotive selling site I’ve ever used, and assure you it will be the only one I will use if I need to sell another vehicle,” Mike M wrote. “After this incredible experience, I can’t imagine why anyone would use a different service or go through the hassle of trying to sell on their own.”

“Without a doubt, the seller will get more than they would on a trade-in, and can set a reserve to ensure their asking price is met/exceeded (and if it isn’t, the seller isn’t out of anything other than the 10-15 minutes it took to take a few pictures),” the review continued. “VERY IMPRESSED with the service and great team at Carmigo!”

Warmath told the Mississippi Free Press that sellers get to set their expectations of what they want to get from the car, and if the bidding process does not meet that, they are under no obligation to sell, and if they do, the seller will not pay any fee.

Carmigo has a five-star rating from 370 reviews on Google Reviews, and on Facebook, the company has earned 4.9 stars from 67 reviews.

When this reporter entered his car’s information into Carmigo’s website on March 19, 2022—four days after the interview with Warmath—to gain a firsthand experience of how the system works, this message popped up: “We have bad news: Due to low demand for your vehicle, Carmigo is unable to list it at this time.”

During a Google Meet call on March 28, 2022, Warmath said that the pop-up was because the car’s book value was under $2,500 and that on March 24, 2022—five days later—the company had started referring those kinds of cars to a partner who provides the sellers with an offer.

“Anything that had a book valuation of less than $2,500, we found that the buyers that we had on the platform weren’t really aggressive, so there’s better opportunities elsewhere to try and sell some of that lower-price stuff,” Warmath said.

“But now, if you go back and try and put it in again, it’s going to actually forward you over to a partner that we just signed up with that will actually give you a binding offer on the spot.”

Indeed, on April 1, 2022, a different message popped-up: “Sell your car with our partner: Unfortunately, your vehicle does not meet the qualifications to be listed on the Carmigo marketplace. But, good news! Our friends at Peddle can give you an instant binding offer for your car today. There’s no cost or commitment so click or call to get started.” 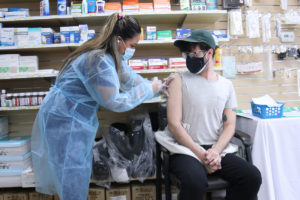 Even After COVID Calm, Mississippi’s Medical System Is Reeling 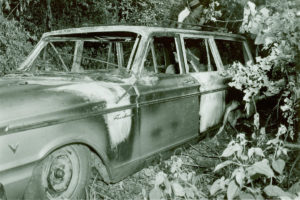 Mississippi Burning: A Choctaw Perspective on Race Violence and Segregation

With your help, we can do even more important stories like this one.
Support the MFP
PrevPreviousCriminal Justice Algorithms: Being Race-Neutral Doesn’t Mean Race-Blind
NextIn Historic Echo, Mississippi Senators Vote No As First Black Woman Joins High CourtNext