Ukrainian Refugee Women Are Fleeing War, But In Some Cases More Violence Awaits 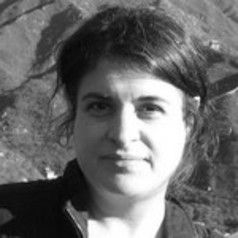 Escaping war is a dangerous endeavor. The media have reported about Ukrainian refugee women and girls being raped in the places where they sought safety.

Almost all of the 3.6 million Ukrainians who have left Ukraine since Russia invaded on Feb. 24, 2022, are women and children. Men and boys aged 18 to 60 are required to stay in Ukraine to defend the country against Russian troops.

Desperate to escape Russian attacks targeting civilians, these women and children head primarily to Poland and other European countries with relaxed visa restrictions.

Humanitarian organizations have quickly set up programs to give Ukrainian refugees necessities like food and shelter.

A neuroscientist in Germany wrote on Twitter on March 24, 2022 that she received a call early one morning, with the caller reminding her that she volunteered to host refugees. Now, a mother with two children and a cat needed help.

The United Kingdom announced a new policy that offers the equivalent of about US $455 per month to local people who host Ukrainians rent-free.

But these efforts, no matter how well-meaning, come with new risks of sexual violence and trafficking for Ukrainian women and girls. While the majority of ordinary people offering support are well-intentioned, even one case of someone using the situation to inflict harm is too many.

My research suggests that it is difficult to prevent even humanitarian aid workers themselves from committing abuse against civilians, in part because of organizational cultures.

It is even more challenging to prevent and respond to sexual violence when it is committed by people who do not work for an aid agency or nonprofit helping refugees.

The U.N. has warned that children fleeing Ukraine, especially those separated from family, face a high risk of being trafficked for sexual or work purposes.

So far, at least 500 Ukrainian children crossed from Ukraine into Romania on their own from Feb. 24 through March 14. More will likely follow.

There are also reports of Ukrainian teenage girls being abused by residents in their new countries. In Poland, a man was arrested in mid-March in the rape of a 19-year-old Ukrainian refugee.

“She escaped from war-torn Ukraine, did not speak Polish. She trusted a man who promised to help and shelter her. Unfortunately, all this turned out to be deceitful manipulation,” Polish police reportedly said in a statement.

In Germany, two men reportedly assaulted a Ukrainian teenager who was staying in a hotel boat for refugees, also in mid-March. The German government has pledged to “ensure that people who seek shelter here are able to get it.”

Experiencing violence as a female migrant or refugee is not uncommon.

An estimated 1 in 5 refugee women and girls experience sexual violence during their journeys from home, as well as in such places as refugee camps and shelters. They are also at high risk for human trafficking—the use of force or fraud to transport people for exploitation and profit.

Criminal networks in such places as Mexico and Libya have also been known to prey upon women and girls along migratory routes.

Aid organizations, governments and nonprofits first give refugees food, shelter and other basic services and do not chiefly focus on ways to prevent or respond to sexual violence.

Over the past 20 years there’s been increased attention to aid workers’ committing abuse against the very people they are meant to help. In 2002, accusations emerged of aid workers and U.N. peacekeepers abusing civilians in West Africa.

Sexual violence by humanitarians remains a persistent problem in conflicts and refugee crises all over the world.

The U.N. and other humanitarian groups have worked to improve staff vetting procedures and help make reporting abuse easier for victims, by setting up phone hotlines, for example. These groups have also tried to expand legal aid and mental health resources for survivors.

But these efforts mostly haven’t worked.

Little, meanwhile, is known about how to address situations in which local people abuse women and girls like the Ukrainian teenagers who were reportedly raped in Germany and Poland.

No Way To Vet Aid

Currently, there is no centralized system or way to vet people who are independently offering aid to refugees.

Tech-based solutions like online platforms to connect those seeking shelter with volunteers have been celebrated and promoted on social media platforms, despite the lack of any background checks on individuals opening their homes to reduce the risk of abuse.

Some humanitarian programs that work with refugees focus on giving transportation information and warnings about possible dangers.

This places the burden of remaining safe on the refugees, without providing them with the money and other resources to do so.

Lessons from decades of  work on sexual violence amid other crises around the world can help reduce the risk of abuse for Ukrainian refugees.

Research shows that female interpreters who have been trained to assist those experiencing sexual violence are essential to helping refugees access services and seek out help in their new countries.

Refugee women themselves are key to preventing and responding to sexual violence, but they need more than just information about risks and how to report assault. They need money to help solve housing problems, for example, that could otherwise lead to unsafe situations.

Research in Asia found that community training programs led by female refugees for other refugees improved reporting of violence against women and increased the number of women who sought police, legal or medical help.

I believe Ukrainian refugee women must be supported to benefit from similar opportunities until they can return home.

Chen Reis is a Clinical Associate Professor and the Director of the Humanitarian Assistance program in the Josef Korbel School of International Studies at the University of Denver. Dr. Reis is an internationally recognized expert on issues related to sexual violence in humanitarian crises, and has advised governments and organizations on responses to gender-based violence.
All Posts

With your help, we can do even more important stories like this one.
Support the MFP
PrevPreviousLegislature Cuts, But Does Not Abolish State Income Tax
NextMeet Roscoe Barnes, Keeper of Lost Mississippi History, on MFP LiveNext