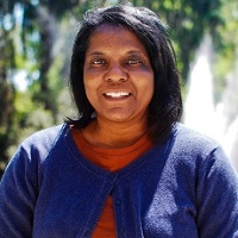 Just five women and two African American men are among the 115 people who have served on the United States’ highest court over more than two centuries. Both of those numbers may change in 2022, with President Joe Biden’s nomination of Judge Ketanji Brown Jackson, a 51-year-old Washington, D.C., native raised in Miami, to replace retiring Justice Stephen Breyer.

Jackson’s rise is, in part, due to the work of those women and Black men—and to Black women judges dating back almost a century.

These early trailblazers remain noteworthy because even decades after their careers, relatively few Black women are judges at the state or federal level.

During his campaign for the presidency, Biden had promised to nominate a Black woman if an opening arose on the Supreme Court.

Jackson, his pick, graduated from Harvard University and its law school and completed two clerkships in federal courts before clerking for Breyer in 1999. Later, she worked in private practice and as a federal public defender. She was also a member of the United States Sentencing Commission, which makes recommendations for the sentences federal judges should hand out for particular crimes.

In 2013, she was confirmed to the U.S. District Court for the District of Columbia, where she served until 2021. In that year, she was appointed to the U.S. Court of Appeals for the D.C. Circuit, often viewed as the nation’s second-highest court because it handles many cases relating to federal law and constitutional interpretation. That has given her more judicial experience than four of the sitting members of the Supreme Court had before their confirmations—combined.

I have spent nearly 30 years teaching and studying Black women’s politics, African American politics and constitutional law. I know, and Jackson herself knows, that she stands on the shoulders of the handful of Black women who wore the black robes of a judge before her.

During the earliest years of her judicial career, Bolin challenged discrimination, such as the practice of only assigning probation officers to supervise probationers of their same race. She collaborated with first lady Eleanor Roosevelt in an effort to reduce juvenile crime rates among boys.

Bolin required private child-care agencies that received public funds to assist all children, regardless of their racial, ethnic or socioeconomic backgrounds. She was credited as a role model by Constance Baker Motley, the first Black woman to be named a federal judge. Jackson also mentioned Motley by name in her opening statement in the Senate.

Motley was a graduate of New York University and Columbia University School of Law. Through her work with the NAACP Legal Defense Fund from 1945 to 1964, she was one of the lead strategists for most of the major Southern civil rights protests. She wrote the initial complaint in the case that would become Brown v. Board of Education, sparking a 1954 Supreme Court ruling outlawing school segregation.

In 1961, she became the first Black woman to argue a case before the Supreme Court, leading to a decision that ensured a defendant in a capital punishment case was entitled to an attorney. It was the first of 10 cases she would argue before the nation’s highest court. She won nine of them, including one that led to James Meredith’s admission to the University of Mississippi, and the 10th was eventually overturned in her favor.

In 1966, Motley was appointed by President Lyndon Johnson to the U.S. District Court for the Southern District of New York. The American Bar Association deemed her merely “qualified” to hold the position—not “well qualified,” the organization’s top assessment.

Despite Motley’s handling of almost 200 federal cases in trial and appeals courts around the nation, the association complained that she was inexperienced in New York courtrooms. Nevertheless, she became the country’s first Black female federal judge.

In 1975, a New York law firm asked Motley to recuse herself from handling a sex discrimination case, arguing that a Black woman could not rule objectively. Motley did not back down, replying “[I]f background or sex or race of each judge were, by definition, sufficient grounds for removal, no judge on this court could hear this case.”

Also in 1975, Mack was appointed by President Gerald R. Ford to the District of Columbia Court of Appeals, becoming the first Black woman to sit on a federal appellate court.

Mack had graduated from Hampton University and Howard University Law School, worked in private practice and then prosecuted more than 300 criminal cases for the U.S. Department of Justice. She also worked for the Equal Employment Opportunity Commission, a federal agency created in the Civil Rights Act of 1964 to enforce laws prohibiting employment discrimination.

During her 14 years on the appeals court, she participated in groundbreaking decisions, such as a 1995 ruling that let unmarried couples, including people of the same gender, adopt children. In 1997, Mack was part of a majority who ruled to allow children to sue their parents for negligence in certain situations.

Representation matters: It is easier for young girls of color to aspire to reach their highest goals when they see others who have done so before them, in the same way that women like Jane Bolin, Constance Baker Motley and Julia Cooper Mack encouraged Ketanji Brown Jackson to reach hers. And I hope that her service lays a foundation for the Supreme Court, and this country, to become more inclusive of diverse perspectives and life experiences.

Two undergraduate students at the University of Florida, N’Jhari Jackson, no relation to Judge Jackson, and Sarah Louis, assisted with the collection of information for this article.

With your help, we can do even more important stories like this one.
Support the MFP
PrevPreviousMedical-Marijuana Plan Offered Mental-Health Relief, But Not for South Mississippi Man
NextSheriff: Rankin County Work-Release Program Is Not ‘Convict Leasing,’ A Vestige of SlaveryNext