But even as he signed his name, “I told my husband, ‘You know I’m going to get screwed out of this. Some way, somehow, I’m not going to get any,’” he said.

He didn’t trust the state to follow through with the promise of the proposed constitutional amendment—to make medical cannabis available to whoever needed it as patients and their doctors deemed appropriate.

“I thought it was rather typical of our state Legislature that they removed the bill that Mississippi voted on where a doctor could prescribe for whatever they deemed necessary,” Pittman said.

State officials who wanted a medical-cannabis bill, but who were unhappy with the compromises the lawmakers made to get the votes needed for the bill, echoed Pittman’s cynicism after the Mississippi Supreme Court struck down the initiative and the state’s ballot referendum process in May 2021.

“The further we got from Initiative 65, the less I supported it,” he said.

Dobson now serves as the executive director of Citizens’ Alliance of Mississippi, a pro-medical cannabis organization.

State Rep. Janson Owen, R-Poplarville, said he voted against the final conference report that eventually became law because he did not support the excise taxes levied in the bill on growers, which he said would be passed on to the patients who needed the program the most.

“If this is a medical marijuana program and we are wanting people that need it to get it, then why are we sin-taxing people?” Owen asked.

Other legislators whom this reporter called about their votes did not return any calls. Gov. Tate Reeves’ press office did not return repeated calls for comment. Reeves penned a Facebook post after signing the bill in February, saying it was not what he had wanted to sign, but that he recognized it was a compromise he could live with.

How Can Marijuana Help?

Medical cannabis is legal in some form throughout much of the United States, but only a handful of states allow its use for the specific mental-related conditions of Alzheimer’s disease, PTSD and anorexia (this, specifically because it stimulates the appetite).

Studies vary on whether cannabis is effective in aiding those with mental-health conditions to lead a normal life. A 2018 American Psychiatric Association article noted that new studies are seeking to deliver a better understanding of how cannabis may help reduce pain, PTSD and anxiety.

The MIND program at McLean Hospital’s Brain Imaging Center in Boston has conducted a number of studies on patients using cannabis for medical purposes, looking at the impact on their cognitive performance over time, starting before use and following them at three- and six-month intervals for up to two years, the article explained. These studies found patients, who used cannabis to treat a range of medical problems including anxiety, had largely improved cognitive performance, reduced clinical symptoms and anxiety-related symptoms as well as a reduced use of conventional medications, including opioids, benzodiazepines, and other mood stabilizers and antidepressants.

A 2020 article in BMC Psychiatry concluded it is premature to recommend cannabinoid-based interventions, but noted that isolated positive studies have revealed tentative support for their use to reduce social anxiety. The evidence is mixed, but mainly positive for adjunctive use in schizophrenia.

In an October 2015 National Institute of Health study of various literature on using cannabis for mental-health symptoms, evidence demonstrated its efficacy in reducing anxiety behaviors relevant to multiple disorders, including PTSD (one of the disorders on Mississippi’s list), generalized anxiety disorder, obsessive compulsive disorder, and seasonal affective disorder. Human experimental findings supported this and suggest minimal sedative effects and an excellent safety profile. “Overall, this review emphasizes the potential value and need for further study … in the treatment of anxiety disorders,” the study concluded.

For now, the Mississippi Psychiatric Association is not endorsing its use.

“Due to the non-regulation of cannabis by the FDA and physicians adhering to prescribing only FDA-regulated medications, MPA does not have any data to show a benefit from medical cannabis for psychiatric disorders,” Angela Ladner, executive director of the association, said in a statement.

Pittman said none of his diagnoses were among the 28 medical conditions listed on the Mississippi Department of Health website that qualify for the medical-cannabis program, so he does not plan to apply for a card when the mechanism is set up.

According to the law, the Health Department will create rules and regulations that govern all license types, except dispensaries, by June 2, 2022. These regulations will include packaging, security and applicant requirements. The Department of Revenue will put forth similar requirements for dispensaries by July 2. Both departments have to issue their respective licenses after 30 days of receiving an application.

Municipalities and counties have until May 3 to announce and vote if they want to opt out of having any cannabis-related businesses such as cultivation, processing, dispensary, transportation, disposal, testing and research. After May 3, any municipality that has not opted out is opted in by default.

City leaders in Brandon, Ridgeland, Gluckstadt and Pass Christian have already voted to opt out. Patients in those cities can still possess medical cannabis, but the cities won’t allow dispensaries or cultivators.

Pittman takes Topomax, Buspar, Trazodone and Adderall and said he experiences side effects of these medications and can work only sporadically as a data journalist. He is not on Social Security Disability or Supplemental Security Income, so he is not eligible for Medicaid or Medicare for his drugs.

He does have insurance, but it won’t pay for Vyvanse, which is the most effective drug for his particular symptoms of ADHD, although the medication can cause such side effects as nausea, vomiting, constipation, stomach or abdominal pain, loss of appetite, nervousness and irritability.

“They won’t cover Vyvanse for adults,” Pittman said of his insurance carrier.

Drugs.com lists the cost for Vyvanse oral capsule 10 mg as around $1,234 for a supply of 100 capsules, depending on the pharmacy visited. Prices are for cash-paying customers only and are not valid with insurance plans.

Physicians, certified nurse practitioners, physician assistants and optometrists are allowed to certify patients with debilitating conditions. Patients between the ages of 18 and 25 will need certifications from two practitioners, one of whom must be a physician or a doctor of osteopathic medicine. For those under 18, only physicians or doctors of osteopathic medicine can write certifications, with consent from a parent or guardian.

Pittman has used marijuana in the past as a way to lessen his anxiety, volatility and anger. “A lot of times my mind would be racing, and I would smoke a little to take the edge off, and then I could actually focus on one thing,” Pittman said.

He does not use it at this point because of those difficulties, he said. When he did use cannabis, he would smoke it.

Under Mississippi’s law, edibles, tinctures, topicals and smoked marijuana products could be sold only through licensed dispensaries of cannabis, who could only sell products that have been grown, processed and tested in Mississippi. Mississippi’s bill also regulates the levels of psychoactive chemicals that can be present.

Even with the multiplicity of restrictions, Dobson said that the final result was a step forward for the sickest patients, including those who suffer from mental-health ailments.

“I’m a big believer in getting (the) government out of healthcare and in empowering the doctors and the people,” Dobson said.

“Ultimately my main goal was for people to be able to get medicine without going to prison,” Dobson concluded.

The Mississippi Center for Investigative Reporting—a nonprofit news organization that seeks to inform, educate and empower Mississippians in their communities through the use of investigative journalism—produced this story. Sign up for their newsletter for more.

EDITOR’S NOTE: William Pittman is the husband of Mississippi Free Press Senior Reporter Ashton Pittman, who was not involved in this report. 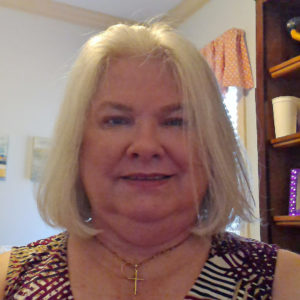 Julie Whitehead lives and writes from Mississippi. A reporter for the Mississippi Center for Investigative Reporting, she writes on topics concerning mental health, mental-health education and mental-health advocacy. Julie was diagnosed with bipolar I disorder while in her mid-30s in 2006. She blogs about her experiences and daily life with bipolar at the site "Not Quite Right: Living wIth Bipolar Disorder." She has a bachelor’s degree in communication and a master’s degree in English, both from Mississippi State University. In August 2021, she completed her MFA in creative nonfiction from Mississippi University for Women. Email Julie Whitehead at [email protected]
All Posts
Republish This Story

With your help, we can do even more important stories like this one.
Support the MFP
PrevPrevious‘This Is Not Expansion’: Mississippi Senate Trying to Revive Postpartum Medicaid Bill Gunn Killed
NextBlack Women Judges Paved Ketanji Brown Jackson’s Path to Supreme Court NominationNext