JACKSON, Miss.—On March 14, 2022, at 3 p.m., I walked into the dimly lit Room 113 at the bottom of the Mississippi State Capitol where dozens of Republican legislators were meeting. That day, the hall housed the Republican Caucus meeting, a key gathering of powerful GOP legislators I’d heard earlier in the day would be meeting there.

It is open knowledge at the Mississippi Capitol that the Republican caucuses are the source of marching orders for the House agenda in the late days of a contentious session—but outside public view with no press, or other interested observers, allowed to watch or listen.

For nearly two months, the Mississippi Free Press has requested access to the GOP Caucus meetings, first reaching out directly to Gunn’s Director of Communications Emily Simmons on Feb. 1. Gunn’s office has yet to respond via phone or email.

Immediately after entering the caucus room last Monday, I identified myself to staffers surrounding the meeting floor as a member of the press. “Hold on, committee,” one of the staffers said, briefly shutting the meeting down and blocking further access to the deliberations.

“I’m here under the Open Meetings Act,” I explained to staffers, legislators and then Speaker Gunn himself.

“The caucus is not subject to the Open Meetings Act,” a staffer told me. These meetings are large enough to serve as a full quorum in the Mississippi House of Representatives.

I then turned, asking Gunn himself, who stood in front of a gathering of seated legislators to address the members of the caucus, if he shared this opinion.

“This is not subject to the Open Meetings Act?” I asked.

“No,” Gunn and numerous other legislators said loudly.

Speaker Gunn’s denial—of access to the caucus meetings, and that the gatherings of a majority of House members are subject to the state’s Open Meetings Act—is part of a long-held strategy of keeping the deliberations of the House GOP outside the view of the press and the public.

Here in the late stages of the legislative session, lawmakers have descended into a bitter inter-chamber fight over $1.8 billion in American Rescue Plan Funding and the future of Mississippi’s state income tax. Legislative leadership have taken to radio, print and digital media to lay out their competing priorities, hoping to swing the tide of public opinion in favor of either Gunn’s gutting of the income tax or Hosemann’s more modest, revenue-minded cuts.

While the language has yet to reach the fever pitch of 2020’s CARES Act battle, in which Gov. Tate Reeves laid claims of reckless endangerment at the foot of the Legislature, the fight’s effect on legislative outcomes is far more drastic.

Already, the income-tax standoff between the House and Senate has destroyed a postpartum Medicaid extension bill with broad bipartisan consensus. Now, Gunn threatens to hold up critical ARPA appropriations until he gets his way on income tax endanger an unprecedented raft of funding for infrastructure, health-care, law enforcement and more.

The caucus meetings of House Republicans, who hold nearly a two-thirds supermajority over the Mississippi House of Representatives, are the key staging ground for the unified agenda of the House GOP. In these meetings, rank-and-file dissent with the priorities of legislative leadership can be privately interrogated and quelled. That leads to a growing precedent of bills passed through committee meetings and the House floor—or, alternatively, snuffed out without a hearing at all—with no public debate whatsoever involved.

Sen. Hob Bryan, an Amory Democrat and long-time legislator, told the Mississippi Free Press in an interview that the private caucus has made much of the public instruments of the Legislature into mere rubber stamps.

“My understanding is … if you’re a member of the House Republican caucus, you’re supposed to vote the way the vote came out in that room,” Bryan said. “Insofar as there’s any opinion-making going on, or debate or deliberation about legislation, it’s being done in the (caucus) room in secret. It’s not being done in the chamber.”

“In other words, the committee meetings and floor action are merely formalistic ratifications of what’s been done before,” Bryan added.

This is a far cry from the norms of the Legislature in decades prior, when public committee and floor meetings were the site of serious debate and persuasion. Then, the outcomes of legislation were actually discussed and decided—politics, in essence.

Come conference time, Bryan said, chairs of committees would sit at the front of the rooms. “Let’s go down the list of the bills you have in conference. What about this one? What about that one? Let’s all sit together and talk about it,” they might say.

“That was the way things worked,” Bryan said of the old days.

Now, those debates are done in secret. “It’s just so far removed from what I consider to be a legislative body that there’s no way to describe it,” Bryan said.

But describe it he did: “Effectively, what is happening is we are morphing into a parliamentary system, where the individual members are just there to vote the way the party tells them to vote. They’re fungible goods,” he concluded, comparing legislators in the new system to replaceable cogs, rather than individual, autonomous representatives of their localities.

“They’re in an echo chamber,” Bryan said, “No matter what they’re talking about, there’s nobody in there to stand up and say, ‘this is a bad idea.’ Particularly if it’s the speaker’s idea.” 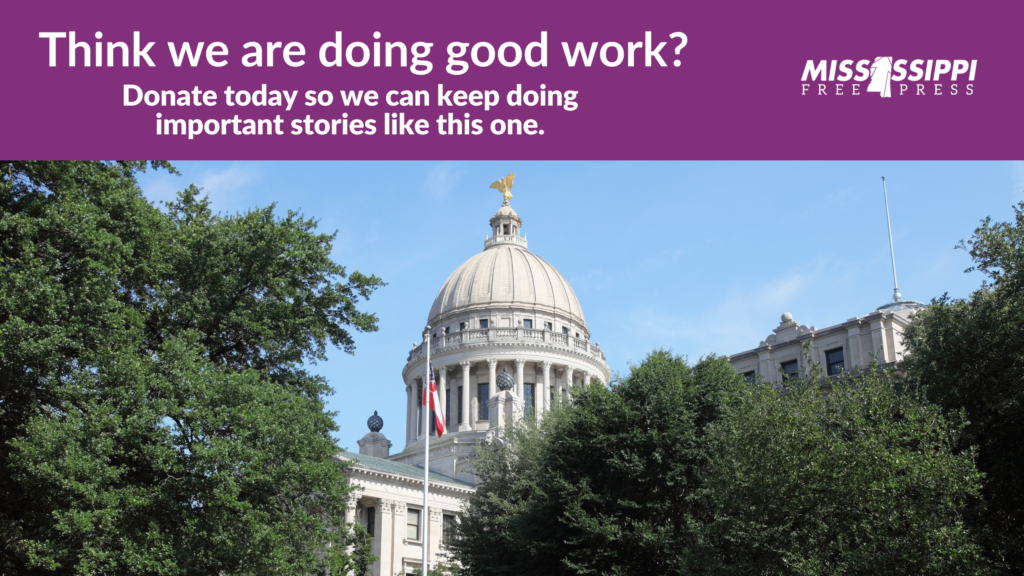 In the previous more open system, with public debate that could meaningfully alter legislative outcomes, he added, “You sat there day after day and had these conversations, and you come to realize that maybe you don’t have a monopoly on wisdom. Maybe the other folks that you generally disagreed with occasionally had something to say—a good point.”

“I think that’s a better system than what happened last year, which is that the House of Representatives introduced a bill (that was) hundreds of pages long, that completely rewrote the tax structure of the State of Mississippi, passed it through committee, passed it on the floor and sent to the Senate all in about 48 hours,” Bryan complained.

“No one knew what they were voting on. None of them. But when you get in that echo chamber, that’s the sort of thing that happens.”

“It’s like the line from Gilbert and Sullivan,” he concluded, quoting the “H.M.S. Pinafore,” an opera. “I always voted at my party’s call,” Bryan sang. “And never thought of thinking for myself at all. I thought so little, they rewarded me, and now I’m master of the Queen’s navy.”

Ethics Committee: Not Been Asked

The Open Meetings Act is Mississippi law explicitly intended to demand transparency in the crafting of public policy. “Being essential to the fundamental philosophy of the American constitutional form of representative government and to the maintenance of a democratic society that public business be performed in an open and public manner,” the act opens, “it is hereby declared to be the policy of the State of Mississippi that the formation and determination of public policy is public business and shall be conducted at open meetings.”

While the spirit of law is obviously intended to prevent obfuscation of the deliberations and intentions behind the laws and policies of public officials, whether or not the act applies to the GOP caucus meetings in particular is a matter of strict legalistic interpretation.

Just before press time, Tom Hood, executive director and chief counsel of the Mississippi Ethics Commission, which adjudicates disputes over the Open Meetings Act, responded to a request for an interview on the subject of the House’s closed caucus meetings with a written statement.

“You called my office and asked whether a majority of a chamber of the Legislature could meet and exclude members of the public and the press. The Ethics Commission has not been called upon to answer that question formally, and I can only tell you what the law says,” Hood wrote today. “The term ‘public body’ is defined in Section 25-41-3(a) and explicitly includes ‘any standing, interim or special committee of the Mississippi Legislature.’”

“Open Meetings Case No. M-21-014, ACLU vs. Standing Joint Congressional Redistricting Committee. ‘Legislative subcommittees and legislative conference committees’ are exempted in Section 25-41-3(a)(vi). A ‘meeting’ is an ‘an assemblage of members of a public body at which official acts may be taken upon a matter over which the public body has supervision, control, jurisdiction or advisory power.’ Section 25-41-3(b).”

“That definition has been interpreted by the Mississippi Supreme Court to mean that a meeting can occur when a quorum of a public body assembles in some manner and discusses a matter under its authority,” Hood concluded. “See Case No. M-21-014, cited above, paragraphs 2.2-2.6. Section 25-41-7 also allows ‘[a]ny body of the Legislature which is meeting on matters within the jurisdiction of that body’ to enter executive session and exclude the public for any reason.”

With your help, we can do even more important stories like this one.
Support the MFP
PrevPreviousOxford Film Fest Fits in Full Slate of Movies, Makers, Parties, Surprises
NextCelebrating Two Years of Essential Journalism: ‘Don’t Give Up On Mississippi’Next