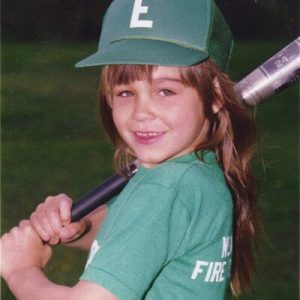 In times of trouble and fear, one of the first places many people turn is to their church. Except in times when those public gatherings are what causes that trouble.

After New Hampshire Gov. Chris Sununu suspended public gatherings of more than 50 people to help prevent the spread of COVID-19, churches in the Monadnock Region started finding new ways to reach their congregations. Some are making broader use of technology they already have in place. Others are scrambling to find ways to adapt.

The Peterborough Unitarian Universalist Church launched its first virtual service, the Rev. Diana McLean said. Using the service Zoom, McLean, along with the worship leader and religious educator were each in their own homes with a web camera, and the congregation was either able to stream video or call in and listen to the service.

“It’s smart for people to stay home and safe, and I’m glad our community is taking it seriously,” McLean said. “That’s how we’re going to keep it from being a problem here.”

But that said, there is still a need for the community and comfort churches provide. “I think that, right now, the connection may be even more important than the content we offer. People will appreciate the content, but seeing each others faces and hearing their voices is what’s really needed,” McLean said.

The first Sunday was a success, with 32 devices and about 50 people signing on to watch, only slightly smaller than the average regular Sunday turnout. And congregants even stayed connected after the service for a “coffee hour” to chat with each other.

McLean said it’s different than what her congregation is used to, but it’s still a way for the church to continue to be a community space.

Virtual services have been becoming more common as churches adapt to an increasingly technology adept world. Next Level Church in Peterborough, N.H., already was streaming its messages and had even launched a fully virtual church experience for those who aren’t able to attend in person last month, not knowing how relevant it might be in the coming weeks.

Pastor Jordan Moody of Hope Fellowship Church in Jaffrey, N.H., has been live-streaming services for more than a year, but even for churches less well equipped, he said technology has grown to the point anyone can jury-rig a virtual stream pretty easily.

“There are ways to do it and so many different avenues now, you can do it with an iPhone,” Moody said.

“I don’t think this is the way we’re designed to be all the time, but in times like this, when we’re trying to take precautions, we can still utilize technology to reach out and encourage each other. We might be closing our doors but our ministry is still reaching people,” Moody said. “We’re still trying to provide a togetherness, a connectedness.”

Pastor Kenny Laughters, the location pastor for Next Level’s Peterborough church, said the virtual experience is still a full package—it has a weekly biblical message and Christian worship music, and a pastor dedicated to the online “location.” With Next Level’s physical locations in New Hampshire and Massachusetts closed, the online attendance shot up by 900 percent in the past week.

“Just like any time of crisis, people flock to churches, because God is a source of peace, hope, joy and steadiness in a season of uncertainty, which is certainly what we’re in now,” Laughters said. “We’re trying to do what we always do. The best we can do right now is to do it digitally.”

Laughters said that the Next Level Somersworth location has offered to assist leaders of other churches, who may not have streaming capability, with videoing and broadcasting their weekly messages. Not every church has that capability, Laughters said, and are having to get creative with getting their message out.

The Antrim Baptist Church is one that is facing that issue and has approached a low-tech solution to provide a church-going experience without the physical church. The church is closed until at least April 6, and in the meantime, Pastor Charlie Boucher said he is still preparing a weekly sermon, which is delivered to the church members in an email, complete with links to worship music and a taped message from himself.

“We’re supporting the community and trying to follow what our town officials say. On the other hand, we still want to be there,” Boucher said.

The food pantry, run by the Antrim Baptist Church, has reduced its hours, but will still be available on Saturday from 10 a.m. to noon, with volunteers running supply boxes to cars for pickup. Boucher said it was imperative for the church to keep that service going, because he expects an increased need for the next several weeks as children are kept out of school, and people may be working reduced hours.

Some churches with smaller congregations have made the decision to keep on business as usual, despite warnings nationwide about not congregating in groups more than 10.

Pastor Ken Whitson of the New Ipswich Congregational Church said that while church members have been advised to stay home if they’re exhibiting symptoms, or if they feel they may be at risk, he will continue Sunday church services as usual.

“We decided to remain open. We’re telling people to use common sense, and we have plenty of room for separation, but other than that, we’re leaving it up to the people.”

Whitson said the church is sanitized weekly before the service and is offering live streaming of events such as memorial or funeral services so a family can attend remotely, and the weekly sermons are audio-recorded and posted on the church’s website, for those who can’t attend in person.

This past Sunday, Whitson said there were some members who chose not to attend, but numbers remained at the usual average of about 40 because there were members of other churches who attended because their own services had been canceled.

Laughters said in this day and age, people are able to continue to be connected, even if they aren’t able to be physically together, and churches should take advantage of those opportunities.

“The day and age we live in is highly interactive online,” Laughters said. “Even before all this, we’ve seen people interacting online who may never step foot into a church building, and for some people, it’s a great entry point. We’re always trying to find innovative ways to reach people.”

McLean said this situation may have some upsides and have lingering impacts after the crisis is past. She said now that they’ve been forced to figure out a virtual solution, it’s an option that will allow the church to hold services in bad winter weather in the future, and could prompt an investment in enough equipment to live stream or record its regular services, and increase accessibility to the church.

“It’s not enough to outweigh the downsides of the situation, but there are some silver linings,” McLean said.

In reaction to Sununu’s order suspending crowds of 50 or more the Bishop of Manchester, Rev. Peter A. Libasci announced that priests in the diocese are to continue to celebrate daily and Sunday mass in accordance with Canon law, but said the general public is not to be admitted to mass and that Catholics, during this time, have been released from their Sunday obligation to attend mass. “It pains me terribly to have to make this decision,” Libasci said, “but we are mindful of our obligation to protect the most vulnerable and protect the common good.”

This piece first appeared March 17, 2020, in the Monadnock Ledger-Transcript newspaper in New Hampshire.

Ashley Saari is a reporter at the Monadnock Ledger-Transcript.
All Posts

With your help, we can do even more important stories like this one.
Support the MFP
PrevPreviousUniversity of Arizona Reaching Immigrants for COVID-19 Education
Next‘He’s at Risk of Dying’: Mississippi ICE Detainee With ‘Severe’ COVID-19 Moved to ICU After Family’s PleasNext