How Much Damage Could a Russian Cyberattack Do In The U.S.? 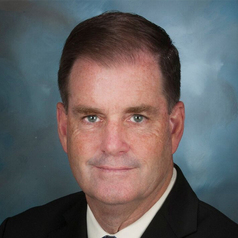 U.S. intelligence analysts have determined that Moscow would consider a cyberattack against the U.S. as the Ukraine crisis grows.

As a scholar of Russian cyber operations, I know the Kremlin has the capacity to damage critical U.S. infrastructure systems.

Federal officials have been bracing for this. In January 2022 the U.S. Cybersecurity and Infrastructure Security Agency issued an alert that outlined the Russian cyberattack threat, with technical details of sophisticated Russian-led hacking from recent years. That included a complicated digital break-in that targeted the U.S. energy industry and gained access to the control rooms of U.S. electric utilities. According to Homeland Security officials, the hackers “could have thrown switches” and knocked out power to the public—but did not.

That malicious software spilled outside Ukraine—it was found on computers in Lithuania and Latvia—which is reminiscent of the NotPetya attack. In 2017, a piece of malware that initially seemed to be ransomware was unleashed on Ukraine and spread widely, causing more than $10 billion in collateral damage to major international companies. The NotPetya attack was ultimately attributed to a Russian military unit.

U.S. officials have also highlighted that Russian cyber-warriors can gain access and remain undetected for long periods in key systems in the U.S.

Russian Foreign Intelligence Service hackers did this in 2020 when they gained access to SolarWinds software, used by many companies and government agencies to manage their computer networks. After initially breaking into the system, the Russians stayed undetected for seven months, even disabling antivirus software and using stolen login credentials to appear like legitimate users.

This attack gave Russians access inside at least nine U.S. federal agencies and around 100 private companies, many in information technology and cybersecurity.

It’s impossible to be certain there aren’t more Russian government hackers lurking undetected in critical companies and systems in the U.S. And wherever they are, they may have the ability to cause substantial damage.

Want to learn more? Here’s an even bigger collection of our coverage of the crisis in Ukraine.

Scott Jasper, CAPT, USN (ret) is a Senior Lecturer at the National Security Affairs Department at the Naval Postgraduate School, specializing in defense strategy, hybrid warfare and cyber policy. He is regularly engaged by the DSCA Institute for Security Governance to provide support to foreign governments. Scott has published chapters in various handbooks related to cybersecurity and articles in Strategic Studies Quarterly, the International Journal of Intelligence and CounterIntelligence, United States Cybersecurity Magazine, The National Interest, Small Wars Journal, and The Diplomat, and blog posts for The Conversation, the Atlantic Council and Council on Foreign Relations. He is the author of Russian Cyber Operations: Coding the Boundaries of Conflict, Strategic Cyber Deterrence: The Active Cyber Defense Option and editor of Conflict and Cooperation in the Global Commons, Securing Freedom in the Global Commons, and Transforming Defense Capabilities: New Approaches for International Security. He received his Ph.D. from the University of Reading, U.K.
All Posts

With your help, we can do even more important stories like this one.
Support the MFP
PrevPreviousJackson Garbage: Waste Management Sues Mayor As City Council Replaces Richard’s Disposal
NextStemming Brain-Drain Tide: About More Than Job Growth, Native Mississippians SayNext