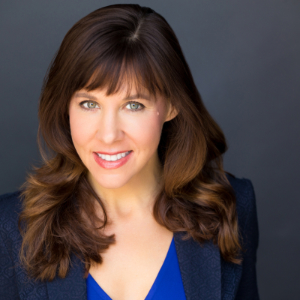 The Native American population in the U.S. grew by a staggering 86.5% between 2010 and 2020, according to the latest U.S. Census—a rate demographers say is impossible to achieve without immigration.

Birth rates among Native Americans don’t explain the massive rise in numbers. And there certainly is no evidence of an influx of Native American expatriates returning to the U.S.

Instead, individuals who previously identified as white are now claiming to be Native American.

Another way to describe this recent adoption of Native American identity is what I call “racial shifting.”

These people are fleeing not from political and social persecution, but from whiteness.

I spent 14 years researching the topic and interviewing dozens of race-shifters for my book “Becoming Indian.” I learned that while some of these people have strong evidence of Native American ancestry, others do not.

Yet nearly all of the 45 people who were interviewed or surveyed for the book believe they have Indigenous ancestry and that it means something powerful about who they are and how they should live their lives. Only a tiny—but troubling—number makes blatantly fraudulent claims to advance their own interests.

The search for meaning that characterizes racial shifting is part of an old American story.

Since the days of the Boston Tea Party, when nearly 100 American colonists dressed in Native American garb before throwing 95 tons of British tea into the Boston Harbor, white Americans have distinguished themselves from Europeans by selectively adopting Native American imagery and practices.

Yet as historian Philip Deloria argued in his 1998 book, “Playing Indian,” something happened in American society in the 1950s and 1960s that allowed white Americans greater freedom to appropriate nonwhite identities. White Americans, often with the encouragement of the counterculture and later New Age movements, began to seek new meanings in Indigenous cultures.

What distinguishes contemporary racial shifting from these earlier forms of appropriation is that most race shifters see themselves not as white people who “play Indian,” but as long-unrecognized American Indians who have been forced by historical circumstances to “play white.”

Many argue, for example, that their families avoided anti-Indian policies like removal by blending into white society.

This gradual but fundamental shift over the last 60 years suggests a seismic upheaval in the American racial landscape.

Racial shifting is a rejection of the centuries-long process of assimilation, when different racial and ethnic groups were pressured to adopt white norms of behavior as a way of fitting into an American society that was defined by them. Racial hierarchies that consistently place whiteness at the top are now being challenged.

When speaking to me about their former white lives, racial shifters often described a period of sadness when they searched for meaning and connection. Only when they began to look to their family histories did they realize all that had been lost when their families assimilated into whiteness. As one woman from Missouri put it: “They forced us to be white, act white, live white, and that is a very, very degrading feeling.”

The genealogical and historical details might not always be verifiable, but the emotions are real enough. It makes perfect sense that once race shifters link their melancholy to assimilation, they try to ease their sadness by rejecting whiteness and reclaiming an Indigenous status.

Part of what accounts for these new sentiments are significant changes in the public’s discussion about race.

In the wake of 1960s civil rights activism and debates about multiculturalism, whiteness has taken on increasingly negative connotations.

In my interviews with race shifters, for example, they frequently associated their former whiteness with racial and cultural emptiness.

As one woman put it: “We had an emptiness inside of us, that we did not know who we were or what we were.” They also associated whiteness with social isolation, unearned privilege and guilt over colonialism and slavery.

Today there is growing insecurity about what it means to be white in America. We see this being expressed in public debates about white fragility, affirmative action and colorblind policies. Of course, there’s still much security in being white: White privilege is an ongoing reality of American life, and something most white people and white racial shifters take for granted.

This shift from white to Indigenous self-identification is, I believe, fundamentally about a desire to leave behind the negative connotations of whiteness and move toward the material and symbolic values that now attach to Native American identity.

‘Attack On Our Sovereignty’

If you listen only to racial shifters, this growing trend could be seen as a progressive move that challenges the legacy of a racist system.

Yet the citizens of federally recognized tribes offer a different interpretation.

Most view anyone who self-identifies as Native American without being an enrolled citizen of a federally recognized tribe as a threat to tribal sovereignty. As Richard Allen, a former policy analyst with the Cherokee Nation, told me, “Not only is that an insult, but it’s also an attack on our sovereignty as Cherokee people, as the Cherokee Nation.”

Among American Indians, the term sovereignty is used to assert ongoing rights of political self-determination. Because tribes have the sovereign right to determine their own citizenry, American Indian identity is fundamentally a political status, not a racial one, a fact that is often overlooked in debates about Indigenous identity.

Racial shifters also undermine tribal sovereignty when they create alternative tribes for themselves outside the federal acknowledgment process. Most of these groups, such as the Echota Cherokee Tribe or the Southeastern Cherokee Confederacy, have emerged since the late 1970s.

The number of these new self-identified tribes is startling. Over the course of my research, I discovered 253 groups scattered across the U.S. that identify as some sort of Cherokee tribe.

This is a huge number considering that there are only 573 federally recognized tribes, three of which are Cherokee.

Racial shifting is a growing demographic trend that is creating confusion in the public sphere about who is Native American and who isn’t. But its threat is far greater than just social confusion.

Native Americans and their governments face thousands of race-shifters seeking to join their ranks. And as more and more people reject whiteness in favor of indigeneity, they do so at the expense of tribal sovereignty.

A practicing anthropologist, Dr. Sturm has spent her career trying to better understand how race shapes lived experiences of social belonging and political citizenship. Most of her research has been in collaboration with Native and African American communities. She is the author of two award winning books, Blood Politics (UC Press 2002) and Becoming Indian (SAR Press 2011), and editor of Blackness and Indigeneity in the Light of Settler Colonial Theory (AICRJ 2020).She has taught about race and racism in the US for nearly 25 years, first at the University of Oklahoma and now at the University of Texas at Austin, where she is a Professor of Anthropology and faculty affiliate of the Native Americans and Indigenous Studies program.
All Posts

With your help, we can do even more important stories like this one.
Support the MFP
PrevPrevious‘From Couture to Da’ Streets’ Honors Notable Mississippi Fashion Designers in Meridian
NextAll We Want for Christmas Is Economic Security for Mississippi WomenNext