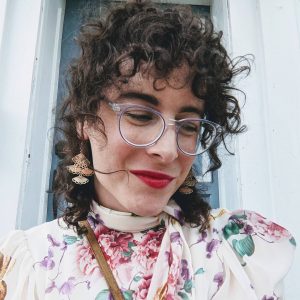 In recent public debate throughout the South, transness—the fact of being transgender—is framed as a kind of new social contagion.

Count me among the afflicted.

When I first moved to Appalachia in 2015, I expected to find a hostile environment for my own transition. Instead, I met trans people of all ages whose stories demonstrate that there is nothing new about being transgender in southwest Virginia. Yet this remarkable history is all but forgotten.

When politicians frame transgender youth as a new phenomenon, they ignore the fact that gender nonconforming young people have existed for generations. Without a historical perspective, decisions can be made that negatively impact young people.

For example, recent legislation in the South has focused on prohibiting transgender youths from a variety of activities, including school athletics and lifesaving health care.

And in November, Glenn Youngkin won the Virginia governorship on a platform of “parents’ rights,” building on the furor of parents regarding the state’s overreach on curricular matters and policies regarding trans students.

This ongoing panic over transgender bodies is evidence of the increasing visibility of transgender people in rural America. As a trans woman who researches and writes about transgender history, I know this history well.

In my book “Living Queer History: Remembrance and Belonging in a Southern City,” I write about Miss Carolyn. She grew up in rural West Virginia in the 1950s and 1960s.

As she tells it, “I always been Carolyn from 5 all the way up to 67. But I always been, I always know the way I was.” As a teenager, she would sneak out late at night with a friend, both of them dressed in women’s clothes, and dance sexily down the streets.

But it wasn’t until she moved to Roanoke, Va., in 1972 that she was able to become her full self. She started performing on area stages as a queen and worked downtown as a sex worker. In an era of desegregation, she became the first Black queen to win the region’s premier drag pageant in 1975.

When a college student interviewed her in 2018 about her life, she said some people call her “she,” some call her “he,” and she doesn’t mind which you use. She said that the word “transgender” wasn’t a thing when she was growing up and coming out, but if she had known what she knows now she would have claimed “transgender” for herself.

Carolyn was not alone. She mentored several other queens in Roanoke who worked at nightclubs and in the streets.

One of those performers was a young white trans woman named Rhoda who grew up in Roanoke in the 1950s. While attending college, Rhoda underwent “a battery of psychological tests,” as she put it. Ultimately, a doctor at the University of Virginia’s Gender Identity Program prescribed her with the hormones estrogen and progestin.

By the time she took the stage in Roanoke in 1977 she had visible breasts. She had recently changed her legal identification and was preparing to marry a man and live her life as a woman.

Outside the world of clubs, another white trans woman named Rona was a local activist who in the 1970s distributed literature about transgender families to local public libraries.

Trans Youth: They Are Not Alone

Transgender history has the power to shape contemporary experiences of belonging. For trans youths in rural communities, history can be a tool not just for knowing the past but for reimagining our present.
These stories let young people know that they are not alone, that they are not the first to struggle, and that they have a right to be here.

For several years I co-led a workshop with the Southwest Virginia LGBTQ+ History Project at a summer camp for LGBTQ teenagers in the Appalachian Mountains. This workshop, “Living Trans History,” asked participants, some of whom were as young as middle school age, to read excerpts from oral histories with trans elders.

After reading the transcripts, the young people were put into small groups and tasked with developing short theatrical performances that brought these elders’ stories to life. One group created a skit focused on the role of the church in denouncing gender nonconformity. Another performance centered on a trans woman who found an unlikely home in a rough-and-tumble bar. Another was about a sex worker who worked the streets of Roanoke.

After their performances, we asked the campers to reflect on their experiences with these stories. They highlighted the similarities and differences across the generations and remarked on their new understanding of themselves. They also realized that they were not the first trans people to live in southwest Virginia, a recognition that can foster a renewed sense of meaning and belonging.

If rural transgender history is brought to light, perhaps it will help communities such as mine remember that trans people have always been here.

Transness itself is a reminder of the past—an assigned sex, a given name, a pubescent body. It is difficult for trans people to escape from that history, and it can feel like abuse. Perhaps that’s why queer studies scholar Heather Love writes that for LGBTQ people, “The challenge is to engage with the past without being destroyed by it.”

Trans youths experience the abuse of having their own personal histories used against them by school administrators and sometimes by their own parents. But they deserve to know a richer archive than just what’s printed on their birth certificates. Trans history has the power to transform. It gives communities the tools they need for making safer spaces for all.

Samantha Rosenthal (she/they) is Associate Professor of History and Coordinator of the Public History Concentration at Roanoke College in Salem, Virginia. She is the author of two books, Living Queer History: Remembrance and Belonging in a Southern City, and Beyond Hawaiʻi: Native Labor in the Pacific World. They are co-founder of the Southwest Virginia LGBTQ+ History Project, a nationally recognized queer public history initiative. Her work has received awards and recognition from the National Council on Public History, the Oral History Association, the Committee on LGBT History, the American Society for Environmental History, and the Working Class Studies Association.
All Posts

With your help, we can do even more important stories like this one.
Support the MFP
PrevPreviousAuditor Targets Anti-Racism Books in Mississippi Libraries: ‘A Cancer On Our Society’
NextAs 2022 Legislative Session Begins, Medical Marijuana Close To Floor VoteNext