A majority of U.S. Supreme Court justices appeared sympathetic Wednesday to the State of Mississippi’s argument that it should uphold a 15-week abortion ban, imperiling almost a half century of precedent set by Roe v. Wade.

“I listened to oral arguments at today’s Supreme Court hearing on House Bill 1510. Sounds like a win for the cause of Life,” tweeted Mississippi Commissioner of Agriculture Andy Gipson, an author of the 15-week ban who was still a Mississippi House representative at the time the Legislature adopted it in 2018.

From Plessy to State’s Rights

Members of the U.S. Supreme Court’s 6-to-3 conservative majority repeatedly expressed skepticism toward opponents of the law’s arguments during oral arguments in Dobbs v. Jackson Women’s Health Organization. When U.S. Solicitor General Elizabeth Prelogar said the court should not overturn such a longstanding precedent as Roe v. Wade, which guaranteed women the right to an abortion before fetal viability, Justice Samuel Alito scoffed.

“Really? So suppose Plessy v. Ferguson was re-argued in 1897, so nothing had changed,” the George W. Bush appointee said, referring to the 1896 U.S. Supreme Court case that upheld racial segregation until a later slate of justices overturned it in 1954. “Would it not be sufficient to say that was an egregiously wrong decision on the day it was handed down, and now it should be overruled?”

U.S. Supreme Court Justice Brett Kavanaugh, a Trump appointee who during his 2018 confirmation hearings described Roe v. Wade as “settled law,” similarly signaled a willingness to overturn it. He also compared it to cases that overturned established precedents, including Brown v. Topeka Board of Education, the 1954 decision that overturned Plessy, and Lawrence v. Texas, the 2003 ruling that overturned sodomy laws and the prior 1986 decision that had affirmed them.

“Why should this court be the arbiter rather than Congress, the state legislatures, state supreme courts, the people, being able to resolve this?” Kavanaugh said. “And there’ll be different answers in Mississippi than New York and different answers in Alabama than California, because there are two different interests at stake and the people in those states might value those interests somewhat differently.” 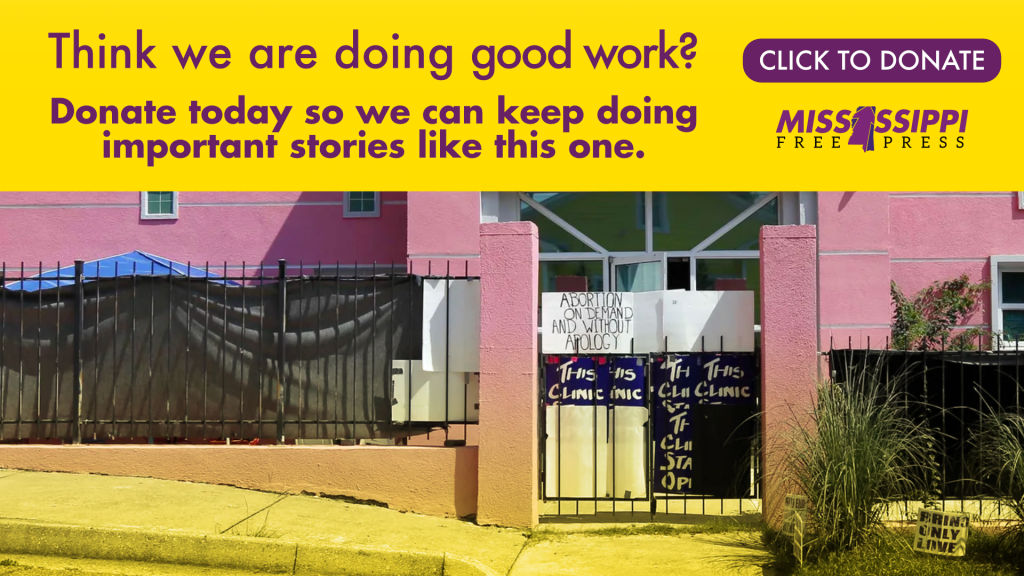 After the U.S. Senate confirmed Kavanaugh despite allegations of sexual assault, a sponsor of the Mississippi Senate version of the 15-week ban, Republican Sen. Joey Fillingane, told this reporter in a story for another publication that former President Donald Trump’s 2018 appointment of Justice Brett Kavanaugh to the U.S. Supreme Court meant that “now would be a good time to start testing the limits of Roe.”

Justice Sonia Sotomayor referenced Fillingane’s remarks during oral arguments Wednesday as she raised concerns about the politicization of the case, questioning whether the nation’s high court could “survive the stench that this creates in the public perception that the Constitution and its reading are just political acts.”

“The sponsors said we have new (U.S. Supreme Court) justices. The (Mississippi) Senate sponsor said we’re doing it because we had different new justices on the Supreme Court,” said Sotomayor, an Obama appointee. “… If people believe it’s all political, how will we survive? How will the court survive?”

Justice Amy Coney Barrett, whom Trump appointed days before the 2020 election following the death of the liberal Justice Ruth Bader Ginsburg, also suggested expressed sympathy to the anti-abortion argument, suggesting adoption could make up for a loss of abortion rights.

For months, Mississippi abortion-rights organizers, anticipating Roe v. Wade’s downfall, have focused on boosting pre-existing efforts to teach people how to self-manage or perform their own abortions.

She noted that the state has not passed a new anti-abortion law in two years.

“They’ve done their job. You know they have, because the Supreme Court is now a majority anti-abortion court,” Colon added.

With your help, we can do even more important stories like this one.
Support the MFP
PrevPreviousI’m Grateful For Grandma’s Faith: ‘My Saving Grace’ During Incarceration
Next‘King Richard’ Star Aunjanue Ellis Joins MFP for Exclusive Conversation, Donor EventNext