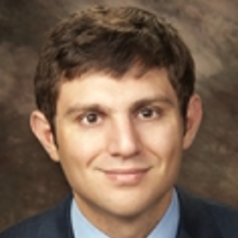 The Infrastructure Investment and Jobs Act signed into law by President Joe Biden on Nov. 15, 2021, differs from past infrastructure investments not only in its size but also its emphasis on addressing long-standing and persistent racial injustice. This major investment comes at a time when smart-city initiatives, which aim to use technology to make cities more responsive to their residents’ needs, are growing more common around the world.

Smart cities are made possible by high-speed internet connections. They rely on big data, algorithms and the internet of things to better serve their increasingly diverse communities. For example, smart cities might use data collected from wireless sensors to predict the number of buses that need to be in circulation at a given time of day to reduce wait times.

The hope is that expanding the use of technology will allow smart cities to adapt services in real time to the changing needs and preferences of residents. However, spotty broadband access in many communities in the U.S. has led to concerns that reform efforts that focus on technology, such as smart-city initiatives, could reinforce existing social inequality.

As a researcher who studies public-sector technology and policy, I believe this makes expanding broadband access in underserved communities a critical piece of the new infrastructure act and an important step toward realizing President Biden’s goal of using this infrastructure legislation to advance social equity. There are two reasons for this.

The first is that the digital infrastructure that makes widespread data collection and analysis possible, such as broadband internet, tends to underperform in less affluent communities. For example, a 2019 study by Microsoft shows that 162.8 million people in the U.S. were unable to access internet at broadband speeds.

Expanding access to high-speed internet in underserved communities will help ensure that the data used to inform smart public service delivery does a better job in describing the needs and preferences of a more inclusive cross section of residents and service users, and not just inhabitants of wealthy areas. To this end, bringing these communities true high-speed internet will prevent them from being excluded from the processes that inform public service delivery.

A second reason expanding access to high-speed internet will promote equity in smart cities relates to the fact that smart cities rely on systems of interrelated services that run simultaneously. Take, as an example, public transportation, air pollution control and public health. Changes in traffic patterns need to be balanced with air pollution goals, which in turn need to take into account public health performance metrics.

Unfortunately, city governments frequently struggle with coordinating services, and when they do, service conflicts can occur. For example, interventions to temporarily improve traffic flow in one area can increase levels of air pollution beyond an acceptable level in another area, thus improving service for some and worsening it for others. In the context of smart cities, efforts to coordinate services require the availability of high-speed internet connections and a network of sensors.

However, the availability of broadband internet connections that perform at high speed is especially limited in minority communities. The upshot of this disparity is that communities of color are more likely to bear the brunt of service conflicts. For example, air-quality sensors may be sparse in communities of color given the dearth of high-speed internet, making it difficult to know when efforts to reroute traffic causes air pollution levels to exceed acceptable levels. Expanding access to broadband internet is an important step toward preventing this kind of side effect.

From Broadband to Broad Participation

Smart cities and governments’ growing reliance on technology promise to improve government performance, but they can also reinforce existing patterns of inequality. With a massive amount of infrastructure spending on the horizon, the Biden administration has the potential to root out important sources of systemic inequality, particularly by expanding access to broadband connections that perform at high speed in underserved communities.

That said, broadband on its own won’t be enough. Truly addressing systemic inequity will require governments to create meaningful opportunities for the diverse communities they serve to participate in the process.

Dr. Gregory Porumbescu is an Associate Professor at the School of Public Affairs and Administration at Rutgers University, Newark. He received his PhD from the Graduate School of Public Administration at Seoul National University in 2013. His research interests primarily relate to public sector applications of information and communications technology, transparency and accountability, and citizens’ perceptions of public service provision.
All Posts

With your help, we can do even more important stories like this one.
Support the MFP
PrevPreviousMississippi COVID-19 Cases Reach Highest Level Since October
NextCo-ops Stepping In to Solve Rural Internet Inequity in Noxubee, Nearby CountiesNext