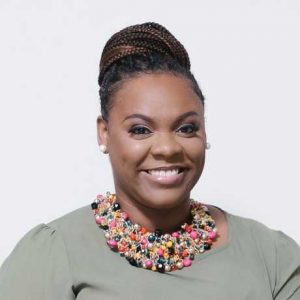 Following the 2020 election, it appeared as if a progressive streak revealed itself in Mississippi.

Seventy-three percent of voters approved a new flag design after Mississippians voted by a 2-to-1 margin to retain the Jim Crow-era flag that featured Confederate imagery in its canton just two decades ago. Additionally, 78% of voters approved another ballot initiative to change how statewide officials are elected when no candidate receives a majority of the votes. Under the previous system, also stemming from the Jim Crow-era, Mississippi’s House of Representatives would determine the winner in such a circumstance.

When put into place, the previous system ensured no Black candidates had a chance at being elected to statewide office because an all-white House of Representatives would have determined the outcome. If no statewide candidate receives a majority of the votes now, the State will hold a runoff election between the first- and second-place finisher.

Finally, after more than 200,000 Mississippians signed a petition to put medical marijuana on the ballot, Mississippi voters approved the initiative by a 3-to-1 margin. It was a stunning rebuke of Mississippi’s Legislature and the tactics they deployed in opposition. Lawmakers even added a more restrictive alternative measure to create confusion on the ballot, determined to dupe voters away from approving the initiative.

Progressive Streak ‘Fizzled Out’ in Mississippi

The backstory behind the court’s ruling is that Mississippi had five congressional districts at the time lawmakers wrote the ballot-initiative process into law in 1992, but ended up with four after the 2000 census led to redrawn lines. Mississippi’s constitution states that signature-gathering for ballot initiatives must occur in five congressional districts. The State has never amended language referring to the initiative process, and the power to change that wording lies in Mississippi’s Legislature, which has failed to take action in response thus far.

The Mississippi Supreme Court ruled in May, following the conclusion of the 2021 legislative session. This means that fixing Mississippi’s broken ballot-initiative process or addressing voter-ratified medical-cannabis legalization has to take place during a special session—which only the Mississippi Gov. Tate Reeves can call. December is literally tomorrow and despite saying he was open to calling a special session for medical-marijuana legalization over the summer, Reeves has failed to do just that.

In September, Lt. Gov. Delbert Hosemann and House Speaker Philip Gunn claimed to have the votes to pass a measure to replace the medical-marijuana program voters adopted last year, but the Mississippi Supreme Court shot it down. Reeves, along with Agriculture Commissioner Andy Gipson, expressed their concerns with the bill, but rather than reconvene the Legislature to get those concerns worked out, Reeves has failed to govern. However, he has enough time to publicly decry critical race theory and mask mandates all while one out of every 296 Mississippians have died from COVID-19 since the pandemic began.

Tate Reeves’ inaction will only place more onto the legislators’ agenda when they convene for the next legislative session in 2022. It would be best for the Legislature to end the drawn out debate over medical marijuana now. Then it could spend next year’s legislative session addressing the root of why it has been upended in the first place: the broken ballot-initiative process.

One of my greatest fears is that the ballot-initiative process will continue to remain unfixed following the legislative session, and even if addressed, that the Legislature will make the process as restrictive as possible in an effort to protect members’ own interests and power and negate the will of the people.

Ballot measures strengthen democracy and center marginalized communities, often elevating issues that never see the light of day in the legislative process. In addition to defending Mississippians against what we expect to be numerous restrictive voting measures in the upcoming legislative session, Mississippi Votes will also work alongside our allies and partners to ensure that lawmakers fully restore the ballot-initiative process. The people reserve the power to use the initiative process to propose and enact constitutional amendments. Mississippians cannot lose this vital tool.

The Mississippi Free Press published this column in cooperation with Mississippi Votes, an organization of intergenerational synergy centering and led by young people invested in progressing Mississippi by encouraging civic engagement and educating communities on voting rights through place-based grassroots organizing.

Arekia Bennett is the executive director of Mississippi Votes based in Jackson, Miss.
All Posts

With your help, we can do even more important stories like this one.
Support the MFP
PrevPrevious‘We Can Get It Done’: How Jefferson County Became First In Mississippi For Vaccination
NextHope Credit Union CEO Bill Bynum Gets $250,000 Heinz Award for the EconomyNext