The Erosion of Roe v. Wade and Abortion Access Started in Pennsylvania 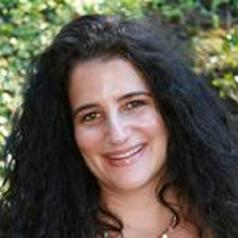 Abortion rights are more vulnerable to Supreme Court reversal now than at any time since the court legalized the procedure in its landmark 1973 ruling Roe v. Wade.

The court is set to weigh in on abortion restrictions from at least two states this term. The first is a Texas law effectively outlawing abortions after six weeks. The second is a Mississippi law barring abortions after 15 weeks.

On Oct. 22, 2021, the Supreme Court upheld a Fifth Circuit Court of Appeals ruling allowing the Texas law to go into effect while the case is being litigated.

The court held oral arguments about specific elements of the Texas law on Nov. 1, 2021. The court is scheduled to hear arguments on the constitutionality of the Mississippi law on Dec. 1, 2021.

Many discussions about these cases focus on the possibility that the court will specifically dismantle the precedent established in Roe v. Wade. In reality, the protections established under Roe were already limited in 1992 in a case called Planned Parenthood v. Casey. What’s more, Casey has given conservative courts ample room to further limit abortion protections.

The Fifth Circuit, among the nation’s most conservative courts, is a major player in the current fight over abortion restrictions. As the appellate court overseeing federal cases involving Texas and Mississippi, its interpretation of Casey will carry significant influence in the upcoming abortion cases.

It’s Not All About Roe

Roe v. Wade established constitutional protections for individuals seeking abortions, placing the right to choose an abortion within a broader and fundamental “right to privacy.” Importantly, Roe also established an explicit framework for implementing those protections, based entirely on the trimesters in a pregnancy.

Under Roe, states could not enact any legislation interfering with a person’s decision to seek an abortion during the first three months of a pregnancy. The decision on whether to have an abortion existed entirely between the pregnant individual and her health care provider.

States could enact legislation regarding abortions during the second three-month period, but only to protect the health of the woman seeking the abortion. Laws intervening on behalf of the fetus were limited to the third trimester or final three months. It was at that point, argued the court, that one could reasonably expect a fetus to be able to live outside the womb, entitling the state to legislate protections.

That framework remained in place for 16 years until, in 1989, Pennsylvania Gov. Bob Casey Sr.—an anti-abortion Democrat— signed into law the Pennsylvania Abortion Control Act. The legislation imposed a range of restrictions on abortion access. These included a 24-hour waiting period for patients to give their fully informed consent, spousal notification requirement and parental consent for pregnant minors.

Planned Parenthood sued the state, arguing that the law violated the central elements of Roe by impeding a woman’s ability to seek an abortion during the first trimester. The case made its way up to the Supreme Court.

In Planned Parenthood v. Casey, the Supreme Court upheld all but one main provision in the new law, the spousal notification requirement. In the decision, the court still claimed its commitment to “the right of the woman to choose to have an abortion before viability.” Yet the ruling allowed states to regulate that choice at any point as long as they did not impose an “undue burden” on access to abortion services.

Roe had given women an unmitigated first-trimester right to choose. Casey rendered abortion rights contingent on and subject to state control at any point during a pregnancy.

First, it widened the timeline for intervention by the state. Under Roe, courts would treat any regulatory constraints on first-trimester abortions as suspect. Under Casey, states could now far more easily regulate abortions at any time during a person’s pregnancy.

Second, Casey shifted the requirements for anti-abortion states and abortion-rights advocates when arguing their positions in court. For one, it reduced the requirements that states had to meet to uphold abortion restrictions. Under Roe’s framework, states regulating abortions during the first trimester needed to prove to the court that they had a compelling reason for limiting a woman’s right to choose. Casey removed that barrier. Casey’s “undue burden” framework also required individuals suing states to prove that the policies imposed significant challenges to abortion access.

In effect, under Casey, any abortion regulation would now be presumed constitutional unless someone could prove that it imposed undue and significant burdens on a woman’s ability to access an abortion.

In 2015, the Fifth Circuit revisited and reinvigorated Casey when reviewing a Texas law restricting abortions, in Whole Women’s Health v. Cole. According to abortion-rights advocates, the Texas law imposed costly restrictions on existing abortion providers that would have forced most clinics in the state to close. The Fifth Circuit, relying on Casey, upheld the law. It argued that regulating abortions before the third trimester is unconstitutional only if it places “a substantial obstacle in the path of a woman seeking an abortion” or if it “serves no purpose other than to make abortions more difficult.”

Three years later the Supreme Court overturned the Texas law in a 5-3 decision, invalidating the Fifth Circuit’s reasoning. However, two justices in the majority—Justices Ruth Bader Ginsburg and Anthony Kennedy – are no longer on the court. Ginsburg died in 2020 and Kennedy retired in 2018. Donald Trump filled their vacancies, along with a third left by the late Justice Scalia, with three conservative justices. Their addition to the court places the Fifth Circuit’s reading of Casey back in play at a pivotal moment in abortion politics.

Alison Gash is the author of "Below the Radar: How Silence Can Save Civil Rights." Her research focuses on advocacy strategies used to advance civil rights and the legal and social limbo that stems from civil rights struggles in transition. Her work on legal advocacy has been featured in Slate, Newsweek, Fortune, Politico, Washington Monthly and The Conversation.
All Posts

With your help, we can do even more important stories like this one.
Support the MFP
PrevPreviousA Chance to Live: Engaging Business Community, Restorative Justice to Reduce Incarceration
NextAs Gov. Reeves Stalls On Medical Marijuana, Mom Hopes It Will Save Son’s LifeNext