On May 3, 2021, 3-month-old La’Mello Parker died during a barrage of bullets after law enforcement officers fired on the baby’s father on Interstate 10 in Biloxi, Miss., after chasing him 140 miles from Baton Rouge, La.

Mississippi law enforcement agencies had joined with Louisiana police to pursue the suspect in a vehicle from Baton Rouge, La., because they believed he was holding 3-month-old La’Mello Parker hostage. Witness accounts say that after the Cedar Lake 40 exit, law enforcement stopped traffic from going westbound and eastbound, forcing vehicles into a line of fire with the suspect and law enforcement. The police took no safety precautions to protect bystanders, witnesses say.

Where was the regard for public safety? There was no broadcast of an Amber Alert prior to the shooting. Witnesses allege that law enforcement officers never treated this incident as a hostage situation. Eyewitnesses said the suspect was not holding the child as a shield, which is contrary to what law enforcement agencies expressed to the media. Once they disabled the vehicle, police officers fired more than 20 rounds within 12 seconds of encountering the suspect and the baby.

No Regard For Life or Public Safety

Since the killing of baby La’Mello and the public’s ensuing calls for transparency, the Gulfport Police Department, Harrison County Police Department and Mississippi Highway Patrol have attempted to obfuscate, deflect and defend their actions—which, at worst, possibly killed an innocent infant. This was a blatant and negligent demonstration of a lack of proper training and execution in de-escalation and preservation of life.

The agencies have yet to release body cam footage of the incident to the public, and despite completed ballistics testing on the bullet that killed baby La’Mello, the investigating agency (neighboring Biloxi PD) refuses to tell the public whether or not it was a police bullet that killed him.

In the immediate aftermath of the incident, the police narrative stated that La’Mello’s death was just the “tragic result of being caught in the crossfire” and that it was likely the father who shot La’Mello. Media also reported officers’ attempts to justify the shooting by saying La’Mello’s father pointed a gun out of the car window and shot first at them while holding La’Mello in his lap. Other media outlets report that officers stated that La’Mello’s father exited the vehicle and shot at police; however, videos from the scene contradict this entirely. 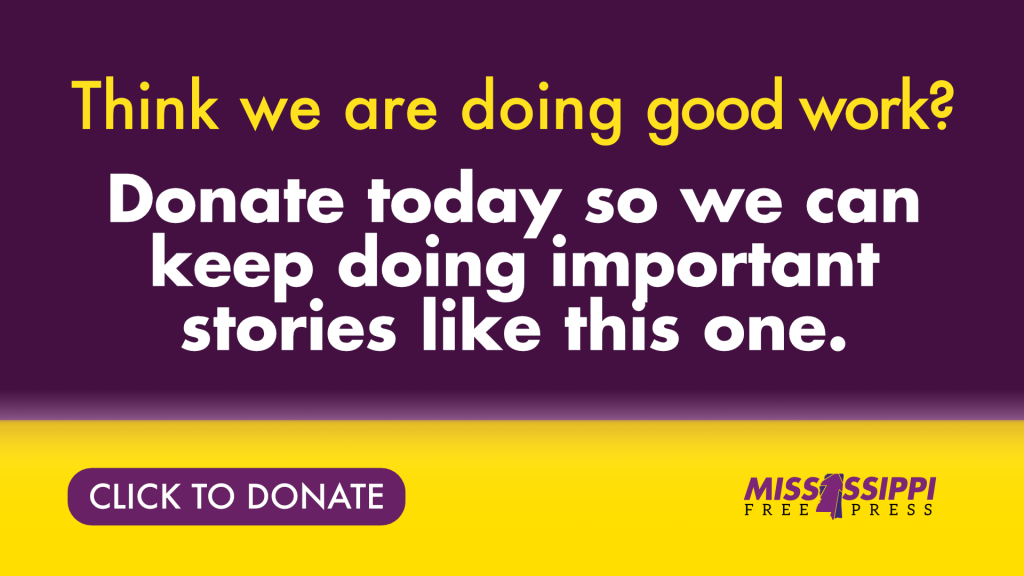 What the eyewitness videos do confirm is that literally within seconds of exiting their patrol cars, cops fired more than 20 rounds toward a Black man and an infant, in a completely disabled vehicle, while surrounded by hundreds of officers. Also, there is no evidence of attempts at de-escalation or protection and preservation of life.

The Biloxi Police Department was the only agency that did not fire a round into the vehicle. The Mississippi Bureau of Investigation generally handles investigations of fatal shootings by police officers, but because the bureau is part of the same agency as the Highway Patrol, the Biloxi Police Department has to investigate the shooting. Community organizations along with the local media are waiting for the ballistics reports to be made public. Most of my personal inquiries have resulted in the same outcome: “We cannot release any information regarding an ongoing investigation.” This is the usual line from law enforcement agencies regarding the forensic results from ballistic research.

This evidence is critical in solving the question of who was responsible for the unlawful death of this child. Biloxi Police Chief Jim Miller spoke with the president of the Biloxi NAACP, James Crowell, at a community meeting on Aug. 10 regarding the case. He told Mr. Crowell that he turned the case over to the FBI—yet another turn of events by law enforcement officials not covered by the local media. Biloxi’s local media consistently parrot the same narratives as the law-enforcement agencies.

ADOS Mississippi has partnered with NAACP Biloxi, Mississippi Rising Coalition, BLM Mississippi and YO Gulf Coast to help bring justice to the Parker family. Lea Campbell of MRC helped to spearhead these organizations in a weekly meeting to discuss specific policies that need to be addressed regarding public safety and de-escalation tactics by law enforcement agencies.

La’Mello’s mother, Christin Parker, and his 26-year-old cousin Jacob Parker were also killed in Baton Rouge on May 3. LaMello’s sister, 9, witnessed her mother’s murder. She remembers the father, Eric Smith, entering the home, and then hearing gunshots before running out of the house in fear of her life, fleeing to a neighbor’s home. Christin’s sister Lashunda Parker, her brother Jeremey Parker, and 4 remaining children were left to pick up the pieces in the aftermath of their tragic deaths.

John Kemp of YO Gulf Coast helped secure the Salvation Army Kroc Center in Biloxi to stage a fundraiser on Sept. 4 on behalf of the Parker family. These organizations raised over $2,000 in less than 2 hours and promoted the $lashundaparker39 CashApp to members of their organizations and residents in our communities. All of the proceeds went directly to the Parker family.

During the “Free Throws For La’Mello” fundraiser, Lashunda Parker expressed her gratitude for what the ADOS MS chapter and other organizations have done and wanted to acknowledge the Mississippi Gulf Coast community who supported her family; But her main concern is the wellbeing of the children.

The trauma that these children have suffered is beyond any imagination. School clothes and bedding necessities may not seem like a priority to the children in the midst of everything they are going through, but these essentials must be met.

Lashunda Parker also expressed that she does not have legal representation.

Many attorneys are not willing to take cases involving law enforcement, it seems. Rip Daniels, a local owner and radio talk-show host of WJZD 94.5 in Gulfport, Miss., came to the fundraiser to support La’Mello and our efforts for his family. He has also offered to help the family with legal assistance.

A press conference to address Harrison County law enforcement and the public was held on Wednesday, Sept. 8, at the Gulfport Police Department at 11 a.m.  ADOS Mississippi, Mississippi Rising Coalition, Biloxi NAACP, and BLM Mississippi demanded transparency from law enforcement officials regarding the evidence involved in the shooting of LaMello Parker. Groups are pushing law enforcement and elected officials for transformative policies that acknowledge mental health issues in Black (ADOS) communities. These measures and others will help to protect life and ensure public safety in our communities.

Activists are demanding the cooperation of the FBI and local law enforcement agencies to turn over any specific evidence that will shed light on who is responsible for the death of 3-month-old La’Mello Parker. Our goal is to bring justice to La’Mello Parker and his family and to give them closure and to make sure sure this does not happen again in our community.

Leo Carney, a chef in Biloxi, Miss., is the co-founding member of ADOS of Mississippi by way of Yvette Carnell and Antonio Moore, Founders of ADOS. He is a columnist for the Mississippi Free Press. Follow him on Twitter at @chefcarney.
All Posts

With your help, we can do even more important stories like this one.
Support the MFP
PrevPreviousDespite Waning Delta Wave, Mississippi ICU Capacity Still ‘Effectively Zero’
Next‘Loved By Many’: Public Says Farewell to Former Hinds County DA Robert SmithNext