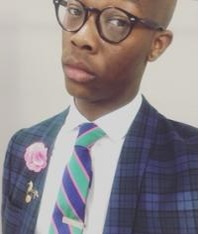 Data from the 2020 U.S. census released last Thursday placed the white population at around 58%, the first decrease in the number of people who identify as white since 1790.

That statistic sounded alarm bells for the conservative media personality Tucker Carlson and has helped him mainstream the white supremacist fear that people of color will erase the white population, an idea referred to as “replacement theory.” When paired with the regular railings against critical race theory (CRT) heard on his show “Tucker Carlson Tonight,” Carlson has used the census data to provide proof of what he sees as a racial apocalypse.

But if the combination of the census and CRT has given new validation to Carlson’s fear mongering, it also reflects an old argument for social conservatives who fear the waning power of white people in the United States—a fear rooted in the longstanding white supremacist understanding of race and biology.

Roughly 73 years ago, then-president Harry S. Truman sought to address the lack of civil rights for African Americans by presenting Congress with a multi-point plan that included measures like federal anti-lynching laws and increased educational and economic opportunities for non-whites. Denounced by both conservatives and liberals alike, the measure failed to gain congressional approval.

Mississippi U.S. Sen. John C. Stennis emerged as a voice of dissent from within Truman’s own Democratic Party. Stennis argued that such measures were the product of “low political expediency” and an insipid plot to “capture [the] Negro [v]ote.” Firing an early salvo in what would eventually grow into a decades-long battle over racial equality, Stennis’s remarks reflected the views of himself and his constituents.

In February 1948, Henry Dorsey of Kosciusko, Miss., wrote to Stennis about a “subject so near and dear to my heart (White supremacy)” and helped illuminate many local whites’ position on civil rights. The letter writer believed that successful civil rights legislation would guarantee legal recognition of Black humanity equal with whites, and they pleaded with Stennis to “[a]sk those negro lovers are they willing for their daughters to marry one of those black stinking brutes? That is what those bills will mean.”

Another letter from a resident of Norfolk, Va., provided a litany of grievances against “deviant” and “cancerous minorities.” Fearing white racial ruin and the collapse of American democracy, the author suggested that the only solution was to “ruthlessly stamp out all isms and subversive minority groups.”

These and countless other letters sent to Stennis during Congress’ deliberation on Truman’s early civil rights plan spoke to the palpability of white racial anxiety in the nation. What was more, Stennis and other legislators anchored their crusade against civil rights, nominally citing it as a conservative effort to promote “states’ rights” and “limited government,” in older and widespread views of white supremacy that dated back to Reconstruction.

‘Cheering the Extinction of White People’

Yet Stennis and his generation were at the center of white supremacy’s integration into the conservative mainstream in the 1950s. This backlash to civil rights became part of the wider conservative push against modern liberalism that has come to organize contemporary American politics since the last decades of the 20th century.

Citing this shift, an advertisement titled “Land of One Race,” published by the notorious conservative group the Association of Citizens’ Councils, formed in 1954 to oppose school desegregation, mixed old fears of white racial annihilation with political change:

“In Brazil, you will find blue eyes and black skin, flat skulls with triangular faces, hair plaited in pigtails … and colors running from ebony to eggshell via copper, olive, caramel, and banana. A mixture of this sort has made any attempt at racial segregation out of the question in Brazil …[i]s this to be the fate of our beloved Nation?”

It is no coincidence, then, that contemporary conservatives like Tucker Carlson are engaging openly with white supremacy: it’s part of their political inheritance. Commenting on immigration and voting rights earlier this month, Carlson went so far as to defend white fears of racial “replacement” by name.

On Aug. 13, Carlson even accused non-white people of “cheering the extinction of white people” and liberal politicians of “accelerating demographic change in [the] country” for political gain. For all their speculation about the thoughts and motives of non-whites, conservatives are reluctant to engage with the very field providing in-depth analysis of race: critical race theory.

Anxieties over data from last year’s census also reflect the essential need for wider dialogue on critical race theory. CRT emerged in the 1970s as an academic investigation of the legacies of the American civil rights era. It specifically addresses the linkages between race and systematic power in society. Various conservatives have criticized it as “unpatriotic” and unnecessarily divisive. In a September 2020 executive order, former president Donald J. Trump went so far as to describe educational programs incorporating CRT as “racist.”

Like conservatives combating civil rights legislation decades ago, contemporary efforts to restrict CRT reflect a mission to defend white supremacy as a central theme in national history. Conservative claims that CRT is somehow “unpatriotic” only prove the close relationship between racial oppression and politics in America.

More troubling, however, is that conservative backlash explicitly limits widespread discussion of non-white perspectives. This is particularly strange given the assertion of Carlson and others that non-whites “cheer” the “replacement” of the white population.

Only time will tell if age-old conservative fears of white “replacement” will reign true. It would seem, however, that one thing remains to be replaced in America: white supremacy. Perhaps that is exactly what Carlson and others are so desperately trying to defend.

Xavier Sivels is a second year PhD student at Mississippi State University and a native of Virginia. His primary research deals with the intersections of race, gender, and sexual identity in American popular culture.
All Posts

With your help, we can do even more important stories like this one.
Support the MFP
PrevPreviousCollective Failure: Health Leaders Call For Social Responsibility at Second Field Hospital
NextPerson Hospitalized After Taking Livestock Ivermectin From Feed Store To Treat COVID-19Next