Racism and White Fragility: A History of Overlooking Black Valedictorians 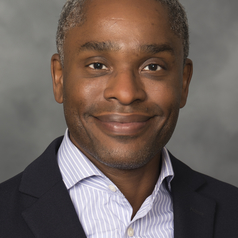 Ultimately, the school superintendent named two white students as “co-valedictorian” and “co-salutatorian” on the day of graduation.

The superintendent attributed the mix-up to a new school counselor who was given incorrect information on how to calculate class rankings.

As an educational researcher who focuses on race and inequality, I am aware that the controversy at West Point High School is by no means isolated.

A History of Overlooking Black Valedictorians

Back in 1991 a federal judge in Covington, Ga., resolved a dispute a Black high school senior had with a white student over who gets to be valedictorian by making them share the honor.

Then in 2012 in Gainesville, Ga., another Black valedictorian was also forced to share the honor with a white student. Later, the white student’s family asked the school to drop his candidacy from the academic honor.

In 2011, Kymberly Wimberly, a Black student in Little Rock, Ark., had her valedictorian honor stripped away by her principal to be given to a white student with a lower GPA. Wimberly’s lowest grade during all four years of high school was a B. In the rest of Wimberly’s courses, honors and Advanced Placement courses, she received A’s.

In her lawsuit, Wimberly claimed that a day after being informed that she was the valedictorian for McGehee High School, the principal told her mother, Molly Bratton, that he “decided to name a white student as co-valedictorian.”

I became familiar with these kinds of valedictorian disputes when I examined the 2017 lawsuit of Jasmine Shepard. A student at Cleveland High School in Mississippi, Shepard had the highest grade-point average in her class.

However, the day before graduation, she was forced to be co-valedictorian with Heather Bouse, a white student with a lower GPA.

How ‘White Fragility’ Plays Out

In my peer-reviewed article analyzing Shepard’s case, I examined it from the standpoint of critical race theory. Critical race theory is a theoretical framework that examines racism as a social construct ingrained in the American legal and political system.

In my analysis, I conclude that the decisions to force Black students to share top honors with white students result from a psychological discomfort known as “white fragility.” This is a state of stress experienced by some white people when they are presented with information about people of color that challenges their sense of entitlement.

I believe the disputes that arise when Black students are named valedictorian should be viewed in the context of white fragility.

For example, consider what happened when a federal judge ordered the Cleveland, Miss., school district to desegregate in 2017 after having failed to do so in 1969 after the Brown v. Board of Education case.

After the 2017 order, The New York Times reported that many whites in Cleveland “feared” that “dismantling the system would prompt whites to do what they have done in so many other Delta cities: decamp en masse for private schools, or move away.” This is known as “white flight.”

In the instance of Jasmine Shepard, too, I contend that white fragility and the fear of white flight were at play.

A key factor contributing to Heather Bouse’s being named co-valedictorian with Shepard was that Bouse had received credit for an unapproved Advanced Placement course in online physics, according to court transcripts that I examined.

The school policy requires that it publicize all of the courses available to students in the district. Unfortunately, the school administrators failed to inform students, parents and school counselors that the online physics course was available.

According to Judge Debra M. Brown, the superintendent and the district’s assistant superintendent for curriculum assessment and instruction “incorrectly believed” that the school district was authorized to offer online courses for credit that would count toward students’ graduation requirements. Bouse’s online physics course was “designated as advanced, which resulted in six rank points.”

Based on the credit awarded for this unapproved online physics course, Bouse’s overall GPA was inflated, while Shepard’s GPA was wrongly calculated. This was because her guidance counselor had re-enrolled her in a desktop publishing course in which she had already received an A.

As a matter of policy it was “contrary to the School District’s practices for student to receive credit for a course she had already completed and earned an ‘A,’” according to the complaint. This re-enrolling led to Shepard’s overall GPA being lowered, which is discussed in her complaint.

A different student filed a very similar lawsuit to Shepard’s in 2018. In that lawsuit, Olecia James argued that Cleveland School District officials were “reducing the quality points she earned from courses she had taken.” Quality points are another metric of a student’s grades.

The stakes associated with being valedictorian and salutatorian are already high. Competition for college admission increases every year.

Unfortunately, as in the incident involving Ikeria Washington and Layla Temple at West Point High School reveals, when the honorees are African American, there have been instances in which people have questioned the validity of the outcome.

My research suggests that whenever a Black student’s status as valedictorian or salutatorian is questioned, it pays to ask questions. Is it being questioned for a legitimate reason? Or might racism or white fragility be at play?

This article has been updated to correct the location of the 2012 legal case from Gainesville, Fla., to Gainesville, Ga.

Jamel K. Donnor is an Associate Professor of Education with affiliations in American Studies, Africana Studies, and the Center for Racial and Social Justice at William & Mary. Dr. Donnor’s work on race and inequality in education covers an array of topics, including critical race theory, school desegregation, intercollegiate athletics, and affirmative action in higher education. He has co-edited several books including: Scandals in College Sports: Legal, Ethical, and Policy Case Studies, Critical Race Theory in Education: All God's Children Got a Song (2nd, ed,), The Charter School Solution: Distinguishing Fact from Rhetoric, and The Resegregation of Schools: Race and Education in the Twenty-First Century.
All Posts

With your help, we can do even more important stories like this one.
Support the MFP
PrevPreviousNEW: MFP Team Members Won 30 Awards for 2020 Work, Finalist for Four National Awards
NextCentering Survivors: Why the Push for Reparations Is Always About More Than MoneyNext